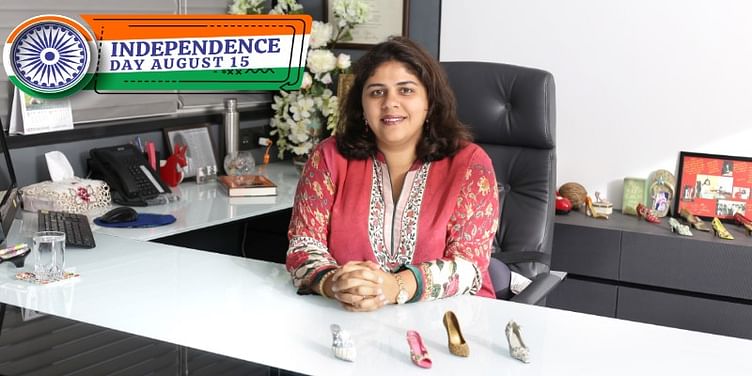 Malik Tejani was a shoe salesman before 1947. When India became independent, he bought the store he was working at and named it Metro Shoes. Today, the brand has a network of over 550 stores across 128 cities in India.

Malik Tejani was a shoe salesman during the pre-independence era and used to work at a store in Colaba, Mumbai. When India became independent, the owner of the store had to leave India owing to the crisis caused by Partition.

At that moment, Malik had the option to take over the store. An extremely passionate salesman, he took a loan from a well-wisher and bought the store. He named the store Metro Shoes, derived from the popular Metro Cinema in Mumbai.

Today, Metro Brands Limited is one of the most well-known footwear brands in India, selling across different categories for men, women, and children. The brand clocks a turnover of Rs 1,411 crore annually and has a network of over 550 stores across 128 cities in India.

After Malik Tejani, his son Rafique Malik took over at the age of 16 and today, Malik’s granddaughter Farah Malik Bhanji has taken the baton of the family business as its CEO.

Farah remembers her grandfather as an extremely passionate person for whom selling shoes was both an art and a fun activity. She says that Malik was instantly recognised by the customers who came from different parts of the country.

“My grandfather was a complete people’s person; he could greet people in 40 languages and was our best salesman. His style of selling became the pillar on which Metro was born,” she recalls, adding that he was in the shop till the last day of his life and was never interested in working in an office setup.

Remembering her father, Farah says Rafique had a clear vision of taking the store to a multi-chain format and further professionalising the business. During her grandfather’s time, sales used to depend a lot on the owner’s charisma, but it was during her father’s tenure that managers got hired who would ensure the success of the sales.

“Not having a son also pushed my father to professionalise the business from a very young age,” she comments.

Farah recalls that discussions about the business were always a part of the dinner table conversations. While she initially did not have any inclination towards joining the firm, she thought of giving the company a go for six months in the 2000. This period proved to be life-changing as she realised that working in a family business was indeed her mission in life.

Farah credits herself for digitising the business. “When I entered the business, there was no concept of barcoding, and the prices were put on a sticker stuck on the shoe box.” Gradually, she introduced data management, started their online portal, and introduced other technological advancements into the operations.

While Malik is attributed with running the business with a lot of emotions, the succeeding generations brought professionalism and “looked at the business at an arm's length”, points Farah. She stresses that passion remains intact in the family because selling footwear runs in their blood.

This homegrown online footwear maker is giving Myntra, Koovs, and Ajio a run for their money

“We are living in a time of plenty,” describes Farah, saying that in the earlier days, suppliers always had the upper hand as there was a dearth of good available stock.

The economy, over the years, has completely opened and matured as well. The 1991 liberalisation reforms opened India’s economy to global players. Today, India’s footwear industry has a healthy mix of foreign and domestic players, as well as small businesses.

“Infact, there are 10 other footwear shops in the same street where our first store was,” Farah says.

She also shares an incident from the old times to drive home the point of how customer engagement has changed.

Such practices have become outdated and have now phased out.

In addition, personalisation and the ability to create good relationships with customers has become paramount.

“I have never seen a time in my life when the customer has been so important as is the case today. It has also become crucial to understand the importance of every single person who chooses your brand,” Farah adds.

MSMEs should have a crisis management strategy to survive crises like COVID-19, experts say

Proudly ‘Made in India’

The Indian footwear industry is pegged to reach $1,818 million by 2024, according to markets research platform Statista. Metro Shoes competes with a host of national and international brands such as Bata, Liberty, Woodland, Converse, Puma, Nika, Adidas etc.

Yet, the company has managed to establish a dominant position in the market. It sells Kolhapuris as well as sneakers. The brand has also customised products according to particular needs. “If sandals for Punjab are made up of four-inch-heels, for Chennai they are reduced to two inches,” adds Farah.

Similarly, she says, that animal print is sold widely in Mumbai but not sold in southern parts such as Chennai.

Metro Brands has 25,000 SKUs (stock keeping units), and the footwear fall in the price range of Rs 990 to Rs 14,990. The company sources from manufacturing facilities in Mumbai, Ambur, China, and Brazil.

Over the years, Metro Shoes has seen governments change, policies altered, and many economic reforms introduced that could have affected the business. But having control over cash has helped them sustain the company all along.

Farah says, “Companies have to grow with a healthy bottom line. We have never run the business with a growth-at-all-cost strategy.”

She further described topline to be synonymous with vanity and the bottom line with sanity.

Out of all the challenges that the company faced over the years, Farah says that the COVID-19 outbreak has been the toughest yet. For the first time, the company had to let go of people.

“For the first one-and-a-half months, we were of the view that we have to take care of everyone. But when it became a prolonged situation, we had to take some very difficult decisions.”

High rentals and with shops having to close for such a long period impacted the business.

“Letting people down was a big battle we had to fight within ourselves to keep the company going,” Farah adds.

Like all adversities open doors to great learning opportunities, COVID-19 also proved to be an eye-opening experience for the management. Farah says that the biggest learning was going digital. “For years, we had undermined going digital. We were naive.”

Today, the company is working from home — something nobody could have imagined. Another lesson is cost optimisation.

“When you are growing as a company, a lot of things get missed out. All things that were just not possible for us are happening now,” she says.

Farah says that in the coming times, they plan to hone their presence online as customer behaviour has completely changed. “Buying groceries online has given customers the confidence to buy anything and everything online,” she quips.

Additionally, when the world begins to recover from the impact of COVID-19, Metro Shoes will also have to ramp up its offline presence. “While offline space is not going to die, it will be important for us to have a big reason for customers to visit us offline,” she adds.

Farah is determined to make Metro Brands one of the top three footwear brands in India in the coming times.