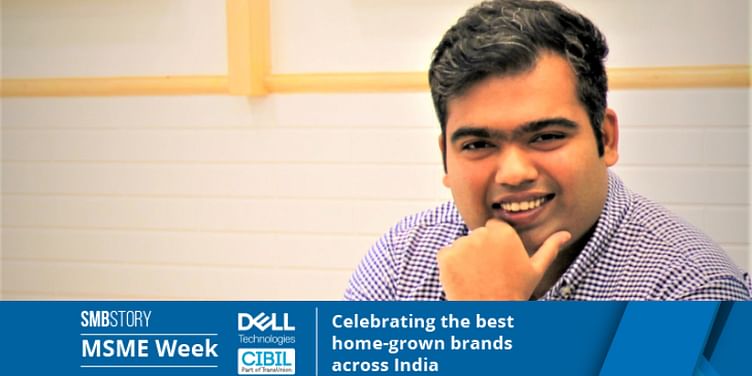 Naturals Ice Cream was founded in 1984 by Raghunandan Kamath. The 36-year-old company has endured many changes to build a brand with 129 outlets across India.

If there's one dessert that every Indian loves, it's ice cream.

The country houses home-grown ice cream companies like Amul and Mother Dairy, and international ones such as Baskin Robbins, Haagen Dazs, and Nestle.

But one Mumbai-based brand is giving every ice cream company a run for its money. Naturals Ice Cream company, which started with an investment of Rs 2 lakh, now clocks a turnover of Rs 165 crore.

Known for its cafe-like ice cream parlours, Naturals has 129 outlets in all major cities of India, including Mumbai, Bengaluru, Hyderabad, and Delhi.

MSME Week: How long will SMBs take to recover from the COVID-19 crisis?

Raghunandan Kamath, the Founder of Naturals Ice Cream, hails from Mangaluru. The son of a fruit vendor, Raghunandan learnt to identify good fruits early on. Soon after, his eldest brother came to Mumbai to make it big. He launched a cafe in Santa Cruz, and put Raghunandan in charge of the ice cream counter.

Raghunandan slon realised that ice cream was a rare and exotic dessert that caught the fancy of the working class, and was a symbol of elitism.

In 1983, after getting married, he decided to start something of his own, and thus, Naturals Ice Cream came into existence in 1984.

Today, Raghunandan’s sons, Srinivas Kamath and Siddhant Kamath, are helping him run the business across India.

While ice cream comes across as the ultimate sweet-tooth experience, manufacturing it is not very difficult, says Siddhant, one of the directors in the company.

He adds, “It is easy to operate the model. Ice creams can be manufactured in bulk. It is a standardised product, and - most importantly - the owner has complete control over it. He is not dependent on any chef.”

The company manufactures ice creams the traditional way in batch freezers. “All ingredients are locally sourced and processed at our manufacturing facility in Mumbai, or at our food processing facility in Mangaluru, depending on the availability,” he says.

The ice creams are then hand filled in containers. According to Siddhant, all the machines are imported from Italy, as “they have mastered the art of ice-cream making”. The shelf life of the ice creams is only 15 days, and the company delivers to all its stores on its own, to ensure fresh stock.

The brand specialises in ice creams that are made of fruits. Some of its popular flavours are mango, tender coconut, chikoo, roasted almonds, and malai khurma.

These businesses found growth opportunities during COVID-19 pandemic, and innovated

Siddhant entered the family business in 2013 immediately after completing his graduation in hotel management. Up until then, his father was running the business on emotion and passion. However, he says, he has brought professionalism within the organisation after he joined. “Today, the passion remains unchanged, but we are a lot more process-driven,” he adds.

Siddhant credits himself with establishing a robust supply chain, introducing technologies like ERP systems, and bringing uniformity in operations and experience across all stores.

The company rebranded itself in 2015, which also became a turning point for the business. According to the director, the brand decided to change the look and feel of the business when it saw an increase in the number of millennial customers.

“We wanted to make it more millennial-friendly. So, we redecorated our ice cream parlours, changed the design of the chairs and tables to make them look very lively,” he adds.

Talking about the flavours Naturals make, Siddhant fondly talks about the company's flagship product — the Tender Coconut flavour —  which was launched in 1994, and still remains a favourite among its customers.

Speaking about how the brand came up with this new flavour, Siddhant says, “My father saw that malai was a total waste, and often thrown away once people drank the coconut water. So, he thought of making ice cream out of this malai.”

Scooping the white malai out of the coconut was a very tedious job. Therefore, initially, Naturals restricted itself to just processing 500 coconuts a day. But this strategy backfired when the customers saw the product was hardly available, and stopped buying it altogether.

To solve this, Siddhant and his team of engineers came up with a coconut processing unit in Mangaluru. The solution proved to be rewarding as it has a capacity of processing 20,000 coconuts a day, enough to meet the demand of the ice cream in the market.

Challenges and growth go together

The COVID-19 pandemic saw a drop in sales for the brand’s business, but Siddhant,  his brother, and their father are not new to challenges. In 1993, an income tax query on the business turned out to be a big blow for the company. “We incurred several losses because my father was not aware of several taxation policies,” Siddhant adds.

However, the family started on its road to recovery by giving out five franchises of the business.

Similarly, in 1991, when the economy had just opened, allowing foreign companies to open a business in India, ice cream companies like Baskin Robbins and Haagen Dazs posed a lot of difficulties for Naturals.

However, he and his father were of the mindset that competition is welcome because it gives an opportunity to grow. “The competition was good because it taught us professionalism,” Siddhant says.

As an almost four-decade-old company, Naturals Ice Cream company has seen policies change, policymakers change, businesses come and go, but it has managed to survive all that.

“I believe that having a good relationship with your stakeholders is the key. This also ensures that the whole supply chain is maintained, and the business doesn’t suffer. This can help businesses survive anything,” Siddhant explains.

At present, the brand is looking at venturing into ice-cream delivery, as the economy is opening up slowly post the COVID-19 lockdown.

While the company has tied up with online aggregators such as Swiggy and Zomato, it is mostly leaning on the direct-to-consumer (D2C) model for safe delivery of items.

Currently, Siddhant looks after operations, while his elder brother Srinivas looks after the marketing vertical. Their father, Raghunandan, takes care of the entire production process of the ice creams.