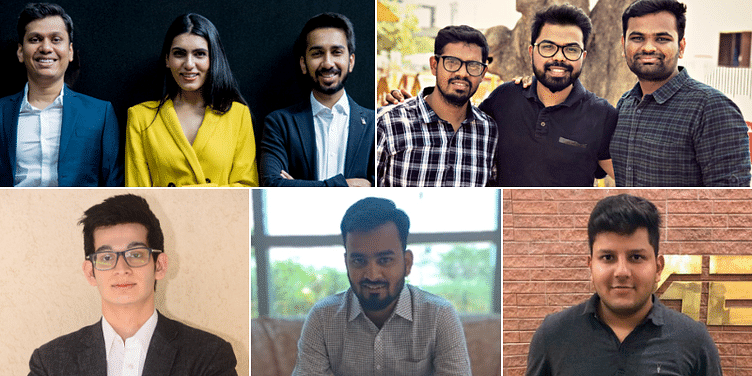 This International Youth Day, SMBStory has drawn up a list of successful small businesses started by young entrepreneurs who are proving that age is no bar to success.

Officially recognised by the United Nations, International Youth Day (IYD) is observed in 18 countries, including India. Seeking to draw attention to cultural issues surrounding youth, the first IYD was observed on 12 August, 2000.

In India, unemployment is a persistent and growing problem among the youth. Rather than look for jobs, Indian youth are being urged to create jobs by starting their own business.

Many youngsters have proved that it doesn't always take many failures, lessons learnt and valuable experience to start a successful business.

This International Youth Day, SMBStory has drawn up a list of successful small and medium businesses started by 25-and-under entrepreneurs:

Chennai-based milkshake brand Shakos was started as Fryos in 2017 by Ram Dinesh (25), Kishore Thennarasu (25) and Tamizh Selvan (25). Initially, they were serving different varieties of french fries from a small kiosk.

They quit their jobs and came together to start Shakos with a bootstrapped investment of Rs 45 lakh.

Shakos' milkshakes and waffles became a big hit soon after launch. In two months, it granted franchises to two outlets in Nungambakkam and Besant Nagar in Chennai.

In his early 20s, Bengaluru-based chartered accountant Amit Chopra was frequently jumping jobs. Having worked at a number of MNCs, he felt he wanted to quit and start his own business.

"I wanted to be in an industry which wouldn’t slow down or stop. Upon research, I saw that steel was a huge sector in India which was steadily growing," he says.

When he was 25, he quit his job and invested Rs 30 lakh from his personal savings and family into starting his own business. This is how Kesar International was born in Bengaluru in 2018.

The company’s objective is to source steel from other states, get it processed into steel products by rolling mills near Bengaluru, and sell the finished steel products to local clients.

22-year-old Arindam Aggarwal from Lucknow had no background in sports manufacturing, but he converted his passion for cricket and six years of research into a profit-making business despite the huge competition in India’s cricket bat manufacturing sector.

Arindam says: “Only a handful of people in India claim to import English willow directly from the UK; we are one of them. A2 Cricket became the first and the only Indian cricket bat manufacturing brand to be advertised on the television by various players, within the first six months of inception.”

He expects to break even in the next few years. Presently, A2 Cricket has an annual turnover of approximately Rs 50 lakh, and Arindam expects this to grow two to four times times in the coming years.

When Jash Choraria was 24, he wanted to re-envision the traditional physical retail experience by eliminating the hassles that come with it and providing the niche advantages of online shopping.

Jash co-founded Unifynd in 2017 in Mumbai, along with Jeevika Tyagi and Anish Jain. The trio launched their first product, FutureRetail.tech, which merges cutting-edge software with intelligent hardware and integrates the tool into the customer’s experience cycle.

Unifynd currently has six live custom technology development projects for clients in India and abroad. In India, it is working with West Coast Fine Foods Pvt Ltd (Cambay Tiger) and Argos Greens, to name a few. For both clients, it is building solutions to centralise data collection and augment it with artificial intelligence (AI) and machine learning (ML)-driven decision-making capabilities.

At present, Unifynd clocks a turnover of Rs 1.3 crore.

In 2017, four school batchmates - Siddhant Bhargava, Anik Bhandari, Anirudh Ganeriwal, and Devaj Jhunjhunwala - met up and discussed how they could make dieting easier for busy people. They wanted to help people achieve their health goals in the most convenient, hassle-free and scientific manner possible.

With this in mind, they launched Food Darzee and decided to deliver four diet-specific meals a day to their clients.

“It was by pure coincidence that we founders met up one day and had very similar ideas on the kind of ventures that we wanted to start. We hit it off right from the beginning, and now we are like four brothers who run this company,” says 24-year-old Siddhant Bhargava, Co-founder and Nutrition Head, Food Darzee.

The Mumbai-based bootstrapped company has now quickly reached the milestone of serving 700 customers and 2,500 meals on a daily basis. The 140 member-strong business is now clocking a turnover of around Rs 15 crore per year.

From selling rabri faluda in Delhi to opening over 200 stores: the story of how Giani Ice Cream went national