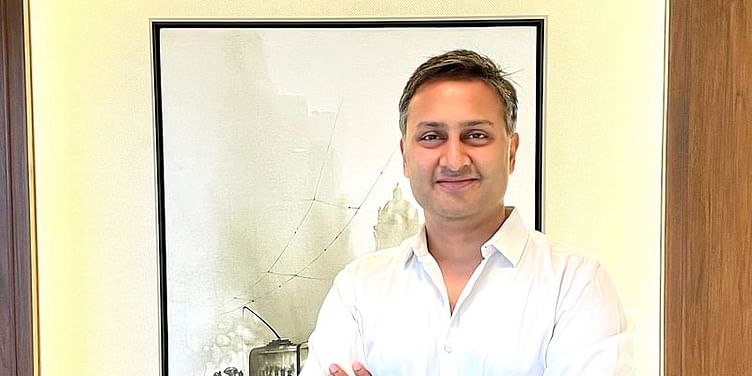 Ahmedabad-based laminates manufacturer Royale Touche was started in 1978 by Jitendra Patel, Ashwin Patel, Dinesh Patel, Bharat Patel, and Arvind Patel. It now exports to over 65 countries, including Canada, Dubai, the US, Mexico, Thailand, and others.

Brothers Dinesh and Jitendra Patel were fresh out of college when they decided to start a laminate manufacturing business in 1978, along with Dinesh’s brother-in-law, Ashwin Patel and two other relatives, Bharat and Arvind Patel. They named the company Royale Touche.

“They started a factory in Ahmedabad with the vision to create extremely high-quality products for the decor industry,” Dinesh’s son Raj Patel, who joined the company in 2006, told SMBStory.

Raj says his father was extremely passionate about the business. “I am his only child but the business has been my father’s first baby,” he explains, adding that he never saw a moment’s ease in his father’s daily life.

“They (father and uncle) would come home around 8 pm, eat dinner, and then go back to the factory again. He would make sure that the trucks were loaded (with the stock) in front of their eyes,” he says.

But a lot of things have changed within the business since 1978. Raj points out that when they started out, there were just two or three products in their catalogue. Today, the number of products has increased to more than 1,500 categories. He also adds that the focus has shifted towards making innovative products that reflect the sensibilities of the founders.

Royale Touche started with just one factory in Surendranagar. Two more factories were later started in Ahmedabad and Jamnagar.

The company is one of the oldest manufacturers of laminates and has stood the test of time. It now employs around 800 people and clocks a turnover of Rs 500 crore annually. The brand also exports to over 65 countries, including China, Hong Kong, Canada, Dubai, the US, Mexico, Vietnam, and many more places.

Raj says that he was always meant to join the business as he “grew up in factories,” and the process of seeing how laminates are manufactured was very enlightening for him. When he joined the business in 2006, the majority of his time was spent on the field, marketing and advertising.

After Raj joined the business, marketing activities grew and were taken more seriously as prior to that, the company primarily operated on word of mouth. The Royale Touche team also started focusing on serving customers better.

“We had to work on improving the production processes, and employ a dedicated marketing team. Additionally, one of the biggest changes we brought was to have our own experience showrooms where the right information was provided to the customers,” he adds.

Since 2012, the company has grown to 148 experience centres. These showrooms have proper lighting to present a variety of products, thus playing a catalyst in educating the customers unaware of the lamination industry, Raj says.

The company has also set up offices in Europe where stocks are kept and supplied to European countries as and when the demand arises.

Raj explains that making a laminate is a complex job as you cannot replicate a single piece and then mass produce it. He says the brand has been built on several principles that everyone within the company swears by.

First, “we do not compromise on the quality”, he says. Second, they provide customers with a vast variety and stock-keeping units (SKUs). The company has over 1,500 SKUs, along with 150 textures in its offering. And third, they source raw materials from across the world, including Italy.

Raj says global trends in the decoration space need to be brought to India as soon as possible.

The brand has also diversified into other segments like modular kitchen, aluminium extrusion, and vitrified tiles. It has some key certifications from Singapore Environment Council, Forest Steward Council certification and Bureau of Indian Standards (ISI).

The company is also riding the direct-to-consumer (D2C) wave by improving its website. Raj says that over the last one year, the traffic has gone up 30 times, “We have almost 30,000 customers visiting our website every day.”

Why India can beat China in this space

India houses several laminate brands, include well-known players such as Century Plyboard, Greenlam, and Summica, which were founded either around the same time as Royale Touche or much later.

With the push for domestic manufacturing becoming stronger as India adopts the Aatmanirbhar Bharat vision, Raj points out that within the laminate industry, the country is fully capable of competing with China.

He says, “China has strength over production, but what this industry needs is not the volume, but the variety, which India can very well offer. Hence, India is a stronger player in the global landscape.”

He also says that customers are becoming extremely aware and intelligent. “They need variety to make informed decisions,” he adds.

It is because of policies and schemes like the goods and services tax (GST) that the gap is gradually narrowing down. Raj says customers also prefer organised players because of their customer-centric nature.

From making carpets at home to exporting to 85 countries: the story of The Rug Republic

Running a business in the midst of a pandemic

It is safe to say that COVID-19 has forced businesses to rethink and reboot.

He also recalls the time when the nation was in the pandemic-led lockdown. “There was a complete lockdown but gradually carpenters and other workers started coming back to work again.”

The company recovered to pre-pandemic sales levels in the month of September and is growing at a rate of 30-45 percent month on month.

The Gujarat-based business, which operates on both B2B and B2C models, will become aggressive on the digital front in the coming times.

Raj says 70 percent of the business will happen through digital platforms in the future. However, he is also very clear that the company will not sell on ecommerce websites so as to retain brand exclusivity.

The company plans to open 50 more stores in the next three years, and enter South American markets.