How MSMEs are surviving flagship sales by ecommerce players like Amazon, Flipkart, and Myntra 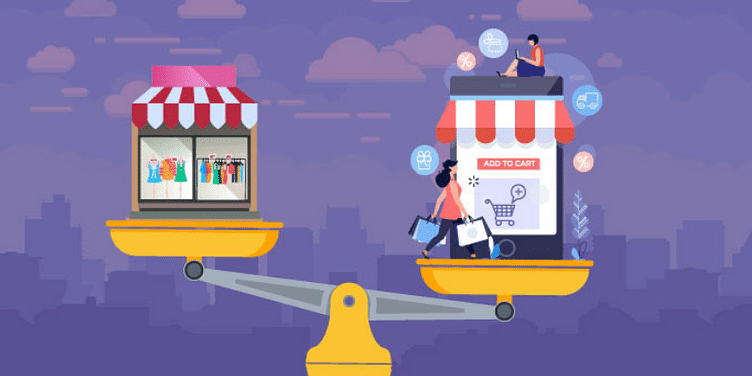 While MSMEs play a vital role in the Indian economy, they face a major challenge when it comes to selling online on ecommerce marketplaces. The flagship or festive sales by these marketplaces refrain the retailers to launch new collections on the portal.

Even for the smallest requirement, Indians turn to online shopping. From great deals and fast shipping, to simple cost comparison and door delivery, the advantages to shopping online, be it for clothes, groceries, or electronics, are many. And this is only going to go up as internet penetration reaches the Indian hinterlands.

India has an internet user base of about 475 million as of July 2018 -- this translates to about 40 percent of the population.

According to a study by India Brand and Equity Foundation (IBEF), the ongoing digital transformation in the country is expected to increase India’s total internet user base to 829 million by 2021, from 560.01 million as of September 2018. India’s internet economy is expected to double from $125 billion as of April 2017 to $ 250 billion by 2020, backed by ecommerce.

But how are Micro, Small, and Medium Enterprises (MSMEs) surviving this increasing shopper preference for tech-driven online shopping?

The MSMEs are considered the backbone of the Indian economy, accounting for more than 45 percent of the total manufacturing output of the country. There are approximately 40 million MSMEs in India, the sector ranking the second largest, only after China.

While MSMEs play a vital role in the Indian economy, they face a major challenge when it comes to adapting to changing times.

Ecommerce poses a challenge on the MSMEs in terms of their selling price offered to the customers during festive and flagship sales. The small businesses that are listed on ecommerce portals struggle with the listing price, while the shopkeepers and retailers who are absent on these portals are faced with the reality of decreased demand due to competition from giants like Flipkart and Amazon.

In a conversation with SMBStory, a few MSME entrepreneurs share how they are dealing with the competition and the flagship sales by ecommerce marketplaces.

Sharad Venkta, Co-founder, Toonz Retail, explains how his company manages its in-store sales despite having an online presence. He says, “Online presence is unavoidable in this era and we cannot afford to drop our price to a huge extent. To survive the scene, we manage our inventory. Our collection at the store and that which is available online varies. Sometimes, there is a collection of different seasons listed online or products that are already sold in our store.”

And then there is the problem MSMEs face when they list discounted products online but the same is not carried with any discounts in their physical stores. “Consumers are very smart these days. It is not difficult for them to reach a store, click the picture of the product, and search for it online at a better price option. So, we refrain from listing the new launches on online platforms,” Sharad adds.

Online sales also hamper our retail sales because people do not wish to buy products at a higher price from the retail store. If we offer sale in the online medium, retailers strictly deny keeping the same products,” he adds.

To be on top of their game and fight competition, ecommerce marketplaces go to huge lengths to slash the price of products, and they are able to do so given that they are heavily funded. The festive season sales are huge hits for companies like Amazon, Flipkart, Jabong, Myntra, as a result.

So how do the sellers on these platforms deal with the heavy discounts on their products? Inc.5 Co-founder and Managing Director Amin Veerji says, “Though we are listed on portals like Myntra, Amazon, and Flipkart, we do not launch our exclusive collection on these platforms as we cannot go down on our prices. We will soon launch our own online portal for online sales.”

To beat the heavy discount challenge, the companies often compromise on their collection offered on these sites. Yogesh says,

“We used to give discounts on the products when we were new to the industry. However, we saw that a company cannot run in such a scenario. At present, we either offer a discount on our collection launched exclusive for online medium, or on the combo packs that limit discounts to 10 percent of the MRP.”

We do sales online as it is required at this time. But we are more focused on sales in our own online portal to cut middlemen between us and our customers. We take part in festive sales on other ecommerce platforms, but with a limited collection.”

According to IBEF, the Indian ecommerce industry has been on an upward growth trajectory and is expected to surpass the US to become the second largest ecommerce market in the world by 2034.

Last year, the government took various initiatives to control the ways ecommerce giants opt to win over customers. The decision was made after several complaints were filed by domestic traders on heavy discounts being given by these players.

The notification also said that cashback provided by the group companies of marketplace entity to buyers shall be fair and non-discriminatory. Also, provision of services to any vendor on such terms that are not made available to other vendors in similar circumstances will be deemed unfair and discriminatory.

Ecommerce holds a promising future for the MSMEs by increasing their visibility and reach, and empowering traditional businesses to go digital. However, Indian MSMEs are still at the development stage. There is no denying that ecommerce has made MSMEs reach the farthest corners of the country but bringing only a marketplace-based model may not ensure success for these small businesses. The proper implementation of an ecommerce policy shall help in improving the conditions of MSMEs in a rapidly digitised world.