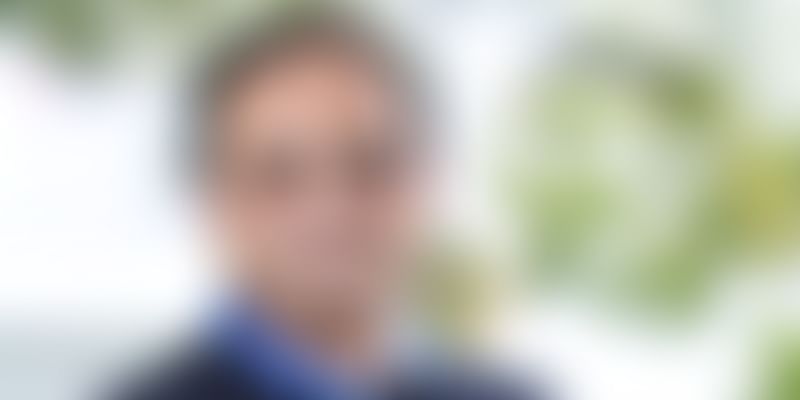 Twenty-six-year-old Ram Sukumar returned to India from the US with a dream. The industrial engineer had fallen in love with technology and wanted to start his own software and technology services company.

In 1999, he started ﻿Indium Software﻿ as a corporate training and software testing company. Ram and his cousin Vijay Balaji invested some money from their savings and began working out of a small office in Chennai.

Despite having no prior experience in building and scaling a company, Ram grew his business into a leading technology services consulting company.

“I come from a family of entrepreneurs, but my education and love for software were vastly different from the businesses run by my family members. There was no pressure for me to join those businesses. Looking at the increasing demand for software and technology in the late 90s, I decided to start a business in this space,” he tells SMBStory.

In those days, most entrepreneurs preferred setting up their company in the US to be closer to large technology customers. But Ram had his reasons for starting in India. Besides preferring the Indian lifestyle, he found it would be too expensive to set up a business in the US.

According to him, the capital needed to setup Indium in Chennai was a lot lesser compared to start the company in the US. Taking the time to work out a clear business strategy and making early mistakes would thus prove less expensive in India.

“We wanted to go ahead without the fear of failure. However, we didn’t have the luxury of enormous capital. We hired a team of 8 to 10 people and began work on application development and corporate training,” he says.

One day, an advisor and mentor from IBM told Ram that software testing was a good bet. The technology service niche was largely under the radar and had a low entry barrier. Ram also observed the global technology and software boom was boosting the demand for software testing.

“In those initial years, we knew we had to generate early income. We took up quality assurance services such as software testing, performance, security, etc. The earnings went back into the business and we continuously invested in talent because being in the service industry means working with a lot of human capital,” he says.

Operating in the early 2000s, the founders felt it was not a good time to raise capital from external sources. With the dot com bubble burst continuing through 2001 and the 9/11 attacks shortly after, Ram’s company faced a few setbacks.

“We were servicing a lot of Internet companies in those days and doing performance testing for them. These projects suddenly evaporated. We were not a huge company that could easily survive despite losing a few clients. We were a startup and losing those projects put us into an existential crisis,” he says.

A few angel customers came in clutch for Indium and helped it tide over the crisis. But that experience and raising investor funding in 2006-07 was not enough to prepare Ram for the impact of the Great Recession between 2007 and 2009.

By 2008, Ram had shifted his business focus to servicing international clients, and around 80 percent of his business now came from the US.

“When the recession hit the US, we took a big hit. The 2008 crisis was much worse than the early 2000s. We had to shrink the company and focus on optimisation,” he says.

The turbulent period taught Ram a valuable lesson - it was critical to protect his strongest performers.

“I learned how important it was to insulate our workforce. We had to keep them motivated and also communicate clearly and ensure transparency on what our business was planning to do. By doing so, these people became the assets from which we could rebuild,” Ram says, adding:

“Another business lesson I learned was to be humble and down to earth from a cost and operational perspective. While navigating a crisis or rebuilding, a business needs to be conscious of discretionary spends and hold on to its cash. Further, it is important to navigate the crisis alongside customers. If you do so, you can become partners for life.”

Ram, who refers to his learnings as the ‘basics’, put the lessons to use when the COVID-19 pandemic struck this year and caused widespread business disruption. Indium, with its improved ability to withstand shocks, went back to these basics for a few months.

“The biggest impact the pandemic had on us was pushing all our 1,100+ associates to work remotely from home. This posed many logistic challenges initially, which were later stabilised. We did have some client-specific impact on our business in April, which was also resolved. We are now in growth mode,” Ram explains.

Another reason the pandemic did not cripple the business is the 2018 merger between Indium and Noah Data. In 2013, Ram started Noah Data - a Big Data and analytics firm.

It was merged with Indium to achieve a broader focus across digital and QA. The move gave Indium a more diverse service portfolio and options to fall back on during periods of business disruption.

“Earlier, challenges were not easy to navigate as we couldn’t fall back on other service lines to help compensate. Post the merger, we accelerated our growth through digital services. Indium is now focussed on digital transformation solutions and expects to grow by 30 percent this year despite COVID-19,” he says.

As Indium offers both digital and QA services, it has competition on both these sides. Ram says competitors are usually mid-sized IT firms. The Chennai firm is now trying to stay ahead through its IP-based solutions.

“We have an AI-based text analytics product named teX.ai that caters to companies across domains struggling to deal with large volumes of text data. We also have a smart unified testing platform - uphoriX. The all-in-one smart Quality Assurance/test automation platform integrates functional testing, performance testing, security, and compatibility with the objective to increase the pace and frequency of software and application release,” Ram says.

Although Ram doesn’t disclose the firm’s current revenue, he says $30 million revenue is the target for 2021. Enterprises worldwide are fast adopting IT services across industry verticals - a trend accelerated by the impact of the COVID-19 pandemic.

To tap more markets and row its business, Indium plans to invest heavily in R&D and develop more IPs in digital and QA. With the global IT services market expected to grow at a CAGR of 26 percent between 2020 and 2025, Indium also plans to increase its business in the UK, Europe and APAC in the coming years.

Starting with Rs 50K, this man moved from his traditional family business to build a D2C furniture brand