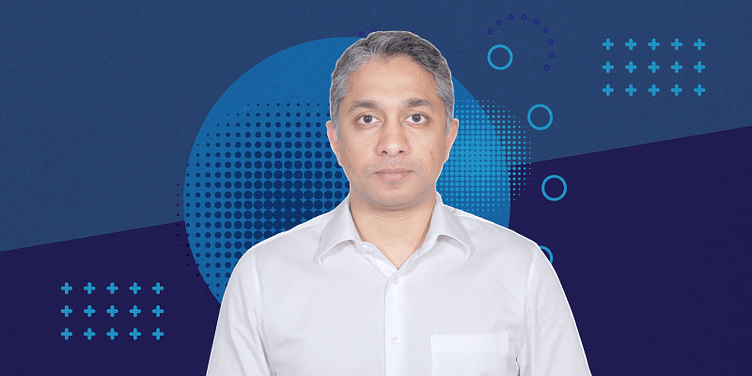 Millennium Herbal Care Limited's plant-based Ayurvedic products boost immunity, which is much needed amid the coronavirus pandemic. The 20-year-old company has been exporting to various countries, and clocking a turnover of over Rs 30 crore annually.

Immunity is going to be the buzzword in the post COVID-19 era, and it will provide a huge boost to the ayurvedic industry which, as Chintan Gandhi calls it, is a sunrise sector in the country.

Chintan is the Director and CEO of ﻿Millennium Herbal Care﻿ Limited, and a third-generation entrepreneur. His family has been in the pharmaceutical business since the 1950s. His grandfather, Ishwarlal P Gandhi, founded Lyka Labs Group, which was later taken over by his father, H I Gandhi and his brothers. Chintan entered the API manufacturing domain in 1996.

Chintan shares that between 1998 and 1999, his father realised that the pharma industry didn’t resonate with him, and wanted to explore the Ayurvedic industry, often called the ‘kitchen science’ of India.

With resources collected from merging the group with Sun Pharma, Chintan and his father started Millennium Herbal Care Limited in 2001 in Mumbai.

The company offers products and solutions using plant-based therapies or formulations, including dietary supplements, and skin and hair care products, and others. The company has a range of over 70 products in nine categories.

Talking about the manufacturing process, Chintan says, “It starts with collecting market inputs and identifying the gaps in the market. Then we conceptualise the product based on the need that would benefit both the patients and doctors.”

The herbs or raw materials required to develop products are collected from all over India and the world, and their ecological balance and sustainable availability are checked, he adds. These plants and herbs are then extracted and standardised (using marker compounds), to remove seasonal and location-based variations .

“We then formulate the products using prescribed dosage and test the finished products for safety and efficacy,” Chintan says.

The company has partnered with different manufacturing units in Taloja, Dombivli, and Wadala, all located in and around Mumbai, to develop the products.

The two-decade-old company has undergone some transitions over the years.

Chintan shares, “Our initial focus was to market these products to Ayurvedic doctors. But it took us seven years to realise that would anyway happen. So, around 2007, we changed our strategy a bit and began to pivot our products to allopathic doctors.”

This change was not easy to adopt. It entailed altering everything - from the marketing strategy to the communication strategy. He says, “Convincing allopathic doctors to prescribe our products was one of our biggest challenges.”

But he claims they overcame this challenge by citing scientific evidence and data. “It was an uphill task, but today 60 percent of the prescribers of the medicinal products from MHCL are prescribed by allopathic doctors,” he says.

The second big change came around 2012 and 2013 when the company leveraged the power of internet to directly reach out to its consumers and launched its website.

Today, the website contributes 35 percent to the total online sales. In addition, the company clocks a turnover of more than Rs 30 crore annually. The company also exports its products to countries like East Asia, Africa, the US, and the UK.

With his first clinic in a garage, this doctor's Ayurveda business now clocks Rs 90Cr turnover

Taking on the competition

Talking about the Ayurvedic industry, Chintan points out that “it is a sunrise sector.” Ayurveda has its roots in India, but he believes that today we are taking “steps towards going back to what really belongs to us”.

India is yet to adopt Ayurveda in the absolute sense. “There are still too many people left to make that transition into believing and adopting Ayurveda in their lifestyles.”

Hence, Chintan believes in welcoming competition instead of resisting it. The company counts Himalaya, Charak, and Vasu Pharma among its competitors, and beieves “new players bring in fresh perspective and expand market size”.

Coming from an industry that recognises the importance of immunity, Chintan shares that in the last two months, the world has awakened to its importance, which has led to a surge in demand for products that help boost immunity.

He says, “People have realised they need something that they cannot get from a regular doctor or a chemist to improve their own health. So that shift is happening.”

The mindset of people has started tilting towards taking care of their own health. This is true for urban and semi-urban areas, and the brand also hopes to penetrate the rural market.

The brand is specifically looking forward to launching products in the children’s immunity segment. It will also be launching its own version of Chyawanprash and Gynovash, an intimate wash for women.