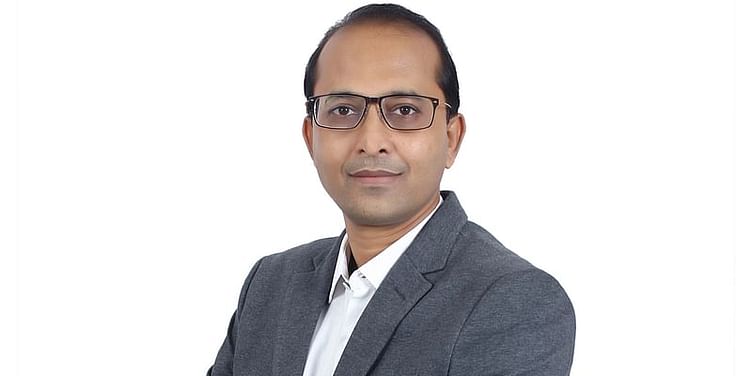 The development was big, and it was no mean task to streamline the growing demand whilst also maintaining quality standards.

As the sector was still in its nascent stage in the early 90s, Ahmedabad-based PN Mehta realised there was scope for growth with technology adaptation. Mehta was already into portable electric power tools manufacturing, a business he started in 1978, and so foraying into dairy tech was not as cumbersome, and in 1992, Prompt Equipments Pvt. Ltd was born.

Talking to SMBStory, Mehta’s son and second-generation entrepreneur Shridhar Mehta narrates how he and his father built the business at a time when the dairy sector was highly unorganised, and was rampant with industrial challenges. He also speaks of the way forward.

“In the last 29 years, since Prompt came into existence, we have aided the dairy sector by providing them with technological support. We have seen the sector grow from the grassroots -  from being highly unorganised to now having big dairy brands as some of our clients.”

The infusion of tech in dairy

Mehta’s idea of using electronic weighing scales to measure milk in litres got the business a leg up.

“We developed an electronic weighing scale to enable farmers to measure milk quantity in litres. It was earlier done in kgs, which restricted them in finding an accurate measurement, leading to major losses. The machine was first incorporated in a small village near Ahmedabad,” recalls Shridhar.

Farmers welcomed the new innovation wholeheartedly, and this sparked an enthusiasm in the founder. He continued to strive to understand the problems faced by farmers, with an aim to find unique solutions.

In the meantime, Shridhar joined the business after completing his education in computer programming, which further helped Mehta in business diversification.

Shridhar recalls that in 1995, the company launched the Automatic Milk Collection System, followed by Fat’omatic, a fully automatic milk fat measuring machine in 1999. He says that at the time, Rajasthan Electronics and Instrumentation Limited (REIL) was manufacturing this kind of product but Prompt accentuated the product by adding more features to it like the measurement of milk density. This new feature enabled farmers to check on the milk quality at the collection centres itself.

In 2009, Prompt partnered with a Russian company, that provided technology based on ultrasonic to launch a milk analyzer that measured features like - fat, density, Solid-Not-Fat (SNF), and the amount of water added in the milk. The dairy sector greatly appreciated this new technology as Shridhar says it helped farmers identify clean milk.

In 2014, the company launched the Bulk Milk Cooler (BMC) monitoring system, followed by the Automated Milk Collection System in 2015. The years that followed saw a lot more innovations from the company. “We launched an Animal Husbandry software to guide farmers on improving cattle and farm management in 2017. We also launched BovSmart in 2019 - an animal heat detection system designed for detecting the onset of the cow's heat cycle, and MilkoChill - to cool the milk at source to maintain its quality by the time it reaches the end consumer.

The various diversifications in its product portfolio was made possible alongside the growing requirements of the dairy industry. Prompt’s clientele includes big dairy brands like Amul, Heritage, Ananda, Mother Dairy, and other local players from different states.

According to Shridhar, Prompt’s technologies are present in 24 states and 50,000 villages across India.

According to Shridhar, the market size of the dairy technology sector is Rs 10 lakh crore, but he believes that hardly a fraction of the business has been realised so far. Considering the segment is hugely untapped, there are plenty of opportunities for the dairy tech industry in India to witness a multifold jump.

“The difference between the competition and us is our extensive experience and deep understanding of farmer requirements, which allows us to customise products and solutions. Our offerings also make use of the latest technologies that are easily upgradable,” he says.

Prompt has an in-house team of R&D specialists and engineers who constantly help the company to develop and innovate technologies.

Shridhar says that despite the massive growth in recent years, a large chunk of the industry is still unorganised, so the company wants to develop a business model that will help bring some order.

In the years ahead, Shridhar says the company is aiming for steady growth, with a focus on R&D and innovations, which will benefit both dairy farmers and the dairy supply chain.

Prompt aims to add at least two new products and one patent every year. In recent years, the company has launched several new products and technologies, “but we want to increase the pace of innovations now,” signs off Shridhar.

Started as a B2B saree brand, this five-decade-old business took the D2C route to ride out the pandemic