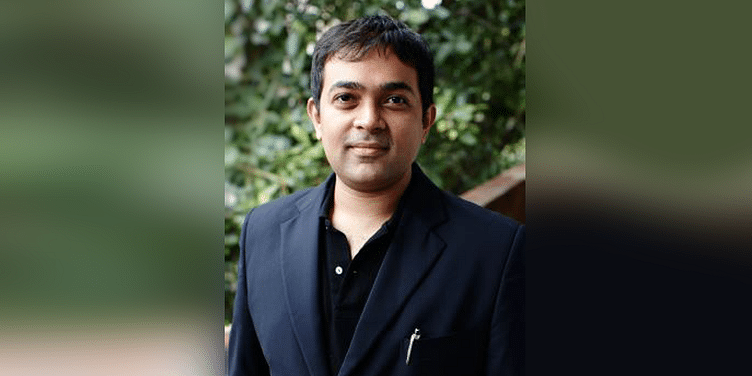 In 2012, only 12 percent of Indian women were using sanitary pads. Sahil Dharia started Paree to reverse the trend and the business now sells sanitary pads to 10 lakh women and still counting.

Sahil Dharia’s career began at the Wall Street with investment banking firm UBS Group. He then became the country head for financial and media conglomerate Reuters' India operations. At 31, he took the plunge into entrepreneurship.

Sahil briefly taught at Symbiosis Institute of Business Management before landing in the feminine hygiene space, a reality which is a far cry from the fancy towers of Wall Street.

In 2012, Sahil launched ﻿Soothe Healthcare﻿ Pvt. Ltd. and under it started a subsidiary called Paree Sanitary Napkins in 2015 to manufacture sanitary pads.

The first challenge in setting up the business was the mindset barrier. Initially, no one believed in Sahil’s idea. He was quitting a high-paying job to start a sanitary napkin business. People told him that only 12 percent of the women in India use sanitary pads and there is no market or future.

After a lot of convincing, his family, friends, and peers realised that he was serious about the idea. Sahil invested Rs 8 crore, a mix of debt and his own savings, as initial capital. Over the years, the company has also raised several rounds of funding and is backed by investors such as Singapore-based private equity fund, Symphony Asia Holdings Pvt. Ltd. and Mumbai-based consumer fund, Sixth Sense Ventures.

The third challenge was to set up a robust network of distribution. Sale of sanitary pads is an offline business that requires the business to go far away and reach out to many kirana stores of the company, the backbone of Indian retail. Only one percent of the sales come from online means.

Today, the company has tied up with 130 supermarket chains and kirana shops. Although Sahil refused to divulge the exact numbers, the retail touchpoints of Paree are in lakhs spread across India. Ten lakh women buy sanitary napkins made by Paree, he claims.

The next challenge was to make a reliable and quality product. Paree imports the bulk of the raw materials from either the US or Canada. Pulp, which is the main absorbent material comes from Japan/Korea/US or Canada. The remaining things like cartons, pouches, paper, and glue are sourced locally from India. In addition, the company holds high-quality certifications in India and abroad.

Another challenge was to build a team of talented and skilled people. Sahil is a firm believer in the fact that women’s contribution is very important both in business and the economy.

“According to a McKinsey report, if women play an identical role in labour markets to that of men, then the annual GDP can jump up to 26 percent by 2025,” he says, adding, “Women are more ethical and have a greater ability to multitask. They also have a higher ability to solve conflict.”

As per estimates, the sanitary pads market is expected to grow five times to Rs 21,000 crore in India by 2025. The company is clocking a turnover of Rs 70 crore annually. It is backed by top investors from the Indian and international business ecosystem.

Sahil’s deep sense of appreciation for women is reflected in the company’s workforce. “Forty percent of our employees are women, 80 percent of our management members are women and 64 percent of my own team is women. At the board level, one out of three directors is a woman and two of our shareholders are also women.”

Former Miss World Manushi Chillar is a brand ambassador of the product and so is ace badminton player Saina Nehwal who came on board in 2015.

Sahil says, “We were looking for role models who were non-political and not from Bollywood. Saina Nehwal was the perfect fit and whom everyone looks up to.” Today, Saina is a shareholder of the company.

Sanitary napkins in India are manufactured on the basis of three As - affordability, accessibility, and awareness. While the first two have been taken care of by Paree – one sanitary pad costs Rs 3.5, a packet of seven costs Rs 25 – and the company has a vast distribution network to make it accessible, awareness still remains a task.

Sahil shares some baffling numbers. He says, “We estimate that the urban penetration of the usage of sanitary pads in metro cities is between 40 to 50 percent. Less than 50 percent of the women are using sanitary pads in cities like Delhi or Kolkata which is quite surprising. In Tier-II and III cities, awareness is much lesser.”

Sahil says that he decided to leverage the power of digital platforms by using them to run campaigns and spread awareness. “We go to schools, colleges, and fairs, where we explain to women why it is important to use a pad, how to use it and how to dispose of it after use.”

The brand also launched a campaign called ‘She First’ to urge women not to neglect their health especially during times like coronavirus pandemic. For an Indian woman, family takes precedence over personal welfare. This is something the campaign aims to change.

The business is doing well in times of coronavirus outbreak because it falls under the category of essential goods. The brand is now keen to enter the baby diapers segment and has its eyes set on a public listing.