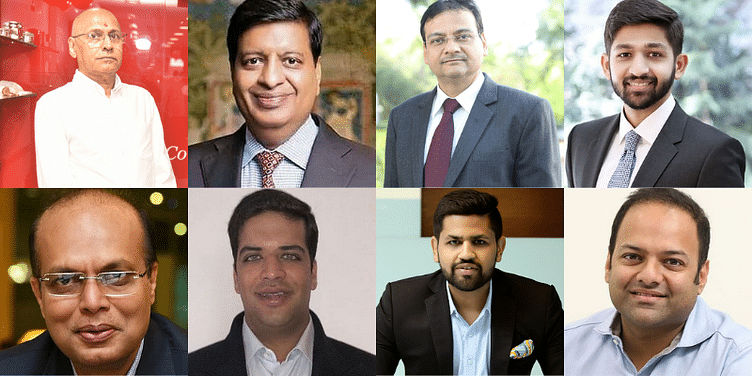 Here’s a curated list of eight Indian companies that have garnered prominence in the country besides venturing into the foreign market.

It takes grit, patience, and perseverance to establish a business from scratch and scale it globally, more so to file for an initial public offering.

SMBStory has curated a list of eight Indian family-run businesses that are listed on the Indian bourses —NSE and BSE. Apart from the domestic market, these companies also have operations overseas.

Inder Jaisinghani was 15 when he took over the family business started by his father, Thakurdas Jaisinghani, who passed away in 1968. The Jaisinghani family ran Sind Electric Stores — small hardware and electrical store in Mumbai — which sold fans, lights, switches, and wires.

Fortunately for young Inder, his older brothers Girdhari and Ajay, and his younger brother Ramesh, teamed up to scale up the family business and take their father’s legacy forward.

The brothers ran the store and experimented with making wires and cables in Mumbai. But their real success story began in 1983 when they started a firm named Polycab to manufacture electrical goods at a large scale in Gujarat. It was registered as an industrial unit by the Directorate of Industries, Gujarat government.

They set up a factory at Halol, Gujarat, for manufacturing and processing PVC insulated wires and cables, as well as copper, bare copper, and aluminium wires. However, the capital was insufficient in Polycab’s early days.

In 2009, the company diversified into the Engineering, Procurement, and Construction (EPC) business, which includes the design, engineering, supply, execution, and commissioning of power distribution, and rural electrification projects.

Today, Polycab prides itself on having 25 manufacturing facilities, including its joint ventures with LED products maker Techno Electromech and commodity trading company Trafigura.

The company’s distribution network in India comprises over 3,450 authorised dealers and distributors, and 29 warehouses that supply to over 1,25,000 retail outlets in India.

Over half a century, KEI Wires has grown into an end-to-end solutions provider for retail and institutional clients, with exports reaching 50 countries.

Being led by second-generation entrepreneur Anil Gupta, also the Managing Director and Chairman of the company — over the last two decades — KEI has extended its range in the extra-high voltage (EHV), medium voltage (MV) and low voltage (LV) cable categories to make 11 kV rubber cables, 33 kV high-tension cables, and EHV cables in the 66-220 kV range.

The man who brought locally-manufactured cycles into the lives of countless Indian kids was the late OP Munjal, Founder of Hero Cycles.

Established in 1956 in Ludhiana, Hero Cycles was set up right after India’s independence. At this point, the nation was like a young child discovering its freedom. It was on the move and needed wheels. Munjal and Hero Cycles came in at the right time. The business started small, and under Munjal’s leadership, went on to become the largest single bicycle maker in the world.

At present, Hero Cycles manufactures over five million cycles per year. Its primary production unit in Ludhiana is fully-equipped with an in-house R&D facility, producing major bicycle components. The company exports to over 70 countries, including Germany, Poland, Africa, and Finland, with an approximate network of over 250 suppliers and 2,800 dealerships.

A part of the larger Hero Motors Company (HMC), the Rs 3,500 crore-plus company is a family business, now headed by its Chairman Pankaj M Munjal. His son Abhishek Munjal (27), Director of Hero Cycles, is deeply involved in the company’s operations, vision and strategy, and runs things on the ground. The company was publicly listed in 1985.

In 1981, Vamanrai Parekh and Sharad Parekh decided to step out of the family business of manufacturing buttons and delve into making plastics, which was gaining prominence in the market.

At the time, little did the brothers know that their small business would become a household name for everyday needs.

Today, it offers a range of bedroom furniture sets. With over 2,000 distributors, who supply Nilkamal products to 19,000 retail points, and with a sales team of over 400, which manages its B2B segment, the company rakes in an annual turnover of more than Rs 2,200 crore.

To increase the business capacity and gain customer trust, Nilkamal went public in 1991.

It has 11 manufacturing units, of which 10 are located across India, while one is in Sri Lanka. For the B2B segment, the company’s list of clients includes Pepsico India, The Coca-Cola Company India, Maruti, Volkswagen, etc.

In 2005, the company also launched a furniture retail chain called ‘@Home,’ which now has around 45 stores — both company-owned and franchise stores — across India. In 2012, the company came up with Nilkamal Matrezzz; in 2015, it diversified into the packaging business; and in 2019, it launched Doctor Dreams — a mattress brand to cater to online customers.

Late Vishwanath Agarwal was a textile trader for 18 years, who built a strong network in the industry, and was also on the boards of some Indian textile businesses.

In the 70s, he saw that the Indian textile industry was poised to become more enterprising and attain a global outlook. At the same time, he was also facing strategic and management challenges with companies he was associated with as a board member.

One day, after a particularly discordant board meeting, he decided to tap into the growing textile industry himself. This resolve led to the foundation of Donear Industries in Mumbai in 1977.

Today, Donear is a well-recognised clothing and textile business brand in the country. It claims to have a turnover of Rs 1,300 crore and a team strength of 5,000 employees.

The company is now led by Vishwanath’s son and second-generation entrepreneur Rajendra Agarwal.

Donear follows both B2B and B2C business models, where it supplies fabrics to other clothing brands, and makes and sells finished products under its own brands. The company has a production capacity of around 55 lakh meters per month at its Surat facility and exports to 28 countries.

Today, 80-year-old Dindayal Gupta is the Chairman of the renamed Dollar Industries Limited, one of the leading brands in the hosiery sector, with a 15 percent market share.

The company — listed on the NSE and BSE — has a fully-integrated manufacturing unit at Sipcot, near Tirupur. Available in over 20 countries, the company’s distributors grew from 750 to 850 in the last three years, and its presence has also increased in the multi-brand outlets from over 70,000 to over 80,000.

Borosil was started in 1962 to acquire the undertaking of the Industrial and Engineering Apparatus Company. The name was inspired by borosilicate glass — the company’s main product category. Borosil also started using the Corning brand, which was a majority shareholder until 1988.

That year, Corning divested its shareholdings, making the Kheruka family the majority owners of Borosil.

In 2013, the Kherukas came up with a new business model that allowed them to diversify from a predominantly laboratory glassware company to a complete lifestyle brand, including products like serving ware, kitchen appliances, storage containers, hydration bottles, kitchenware, etc.

This diversification made Borosil a household name, which took its turnover to Rs 635 crore in 2018-19.

The Borosil Group has seven manufacturing facilities located in Jaipur, Bharuch, Tarapur, Nashik, and Pune, which employs over 4,000 people.

The company built a strong presence through large-format stores and institutional sales, besides general trade. At present, it claims to have a network of around 15,000 retail outlets in general trade. The company listed its share on the NSE in 1963.

If you live in North or East India, you probably own a Monte Carlo jacket, sweater, or cardigan. Its winter wear products are sold at thousands of stores in Punjab, Uttar Pradesh, Bihar, and Haryana, among others.

But, did you know that the Monte Carlo brand — started in 1984 — was India’s first organised fashion apparel brand?

Its legacy and ancestry — which traces back to post-Independent India — is not known to many. Its incredible story started from Ludhiana, Punjab with Oswal Woolen Mills, set up post-Independence in 1949.

The mill started bringing the wool industry stakeholders together to form a more organised approach to manufacturing and selling in India. It eventually became one of the largest producers of woollen yarns in India.

In FY19, Monte Carlo recorded a turnover of Rs 580 crore, and registered a revenue growth of around 11 percent compared to the previous year. Monte Carlo went public in 2014. At present, Rishabh Oswal is the Executive Director of the company.