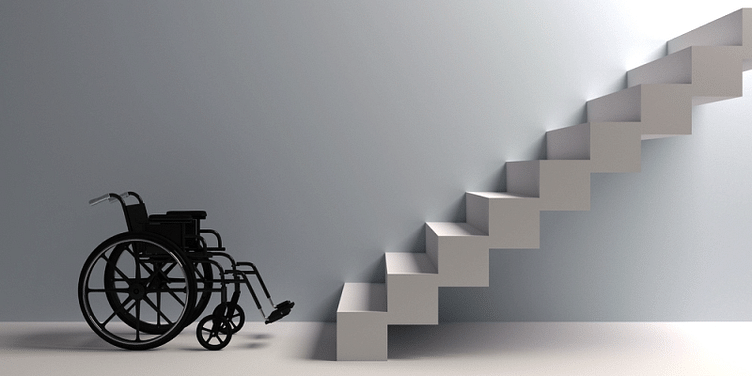 From helping dyslexics read with a phone camera to developing an app that can read out word documents and messages without the internet, these five apps are empowering people with disabilities.

According to Census 2011, out of India’s 121 crore population, as many as 2.68 crore people have some form of disability or the other.

Disability can take various forms. The shortcoming might be with regard to hearing, speech, sight, or other physical disability. Each of these comes with its own distinct challenges.

Inaccessibility and lack of support makes it difficult for the differently abled to navigate their way through the world on their own. However, technology has played an important role, ushering in a more inclusive growth. SocialStory curates a list of apps that can help and guide the disabled in their day-to-day life.

Avaz is a picture-based software application for children and adults with communication challenges. Developed by Chennai-based Invention Labs in collaboration with Vidya Sagar, formerly known as The Spastics Society of India, along with 25 other schools, the app has a built-in vocabulary that is optimised for India. It is available in seven languages, namely Tamil, Hindi, Telugu, Kannada, Malayalam, Marathi, and English. The app replaces words with pictures, making it easy for autistic children to communicate with their family members and caregivers.

Avaz began life as a tablet, but as more tablets came into the market, Ajit Narayan, the CEO of Invention Labs, launched an android app in 2010 to do away with the manufacturing process and make it accessible to more people. An iPad version was also made available in 2012.

It has a wide global customer base, including Los Angeles Unified School District, the second largest public school system in the United States, and Autism-Denmark, an association working to advance the rights of people with autism.

The app has also garnered praise from UNICEF, which said: “Avaz is a robust Augmentative and Alternative Communication (AAC) app created for children who are non-verbal or who have difficulty communicating."

As the name suggests, Let Me Hear Again is an app that assists people with hearing impairment.  Founded by 29-year-old Sharon Baisil, a doctor, the app provides an alternative to expensive tools in the market such as videophones and vibrating alarms.

Let Me Hear Again has features like Virtual Notes, which allows users to capture speech and long conversations in the form of words; Quake awake alarm that makes sounds above their hearing level coupled with vibration; and Guardian Angel, which keeps a watch on people and alerts them when in danger. The app was awarded the 'App of the Month’ by MIT App Inventor.

Divyang Sarathi is a one-stop destination for all information regarding Department of Empowerment of Persons with Disabilities (Divyangjan). It provides details about various Indian laws, local rules and regulations, guidelines, government schemes and employment opportunities for people with disabilities. The app also has a text-to-voice conversion software that converts written information into an audio file.

In 2016, Prime Minister Narendra Modi said that people with disability should not be called ‘viklang’ which translates to disability. He coined the term ‘divyangjan’ for the disabled, which means ‘the divine’. He also renamed the Department of Empowerment of Persons with Disabilities as the 'Divyangjan Sashaktikaran Vibhag' in Hindi.

Suresh Bazaj was 67 years old when he started Hear2Read as a voluntary initiative in 2013. Visually impaired himself after a retinal detachment, he was able to recover after getting treated in the US. However, after he returned, he was keen to help others in a similar situation in India.

Suresh then developed an app in collaboration with the Carnegie Melon University (CMU). The app uses Google’s Android Talkback accessibility feature, and can read out word documents, text or HTML files, SMS texts, Facebook posts, WhatsApp messages, and e-books. Once downloaded, these functions can be accessed even without the internet. There are six variants of the app in different languages: Kannada, Marathi, Punjabi, Gujarati, Malayalam, and Telugu.

An app that began as part of a thesis project is now helping people with dyslexia read, simply by using a phone camera. The app, developed by four students from Mukesh Patel School of Technology Management and Engineering from Mumbai, uses augmented reality (AR) to show text in a dyslexia‐friendly format, along with other customisable features.

The app was tested by users from India, Malta, the Netherlands, Canada, the US, Ireland, the UK, and Nigeria during the beta stage of development. Augmenta11y also has several specialised algorithms for detecting major objects, text stabilisation, and dynamic resizing to make reading easier.