Harjinder Singh helps road accident victims in Delhi by taking them to the nearest hospital free of cost. He also provides free medicines to patients in his neighbourhood.

As people rush through the day in the bustling city of Delhi, 76-year-old Harjinder Singh is busy helping road accident victims with free rides to the nearest hospital in his ‘auto ambulance’.

In addition to this service, he also distributes free medicines to patients in his neighbourhood. According to ANI news, one-tenth of his income is spent on medicines for diabetic patients. His contact number, written on the back of his auto has become an emergency number of sorts.

People aware of his work save the number and call whenever they need medicine. Singh notes the address and delivers them for free at their doorstep when he is in the area.

This 12-year-old student from Kochi runs a library that does not charge membership or late fees...

Singh is a one-man army and a godsend who has been keeping the message of kindness simple and real with this service since 1978 and plans to do this for the rest of his life. But at the same time, he is also appalled at people’s behaviour in times of emergency.

In an interview with The Logical Indian, he said,

“I have seen people lying injured, hurt on the streets while others, instead of helping them, clicked photos. What is the point of being a human being if you are not of help to someone who needs you? It was only after I bought an auto that I realised I was in a position to help these people.”

Singh has been working as an auto driver since 1964 and even then, he always kept a first-aid kit with basic items like bandages, antiseptic lotion and cream, and paracetamol. Recognising his social service, the Delhi Traffic Police made him a traffic police warden and issued multiple certificates of commendations as well.

Speaking on what keeps him motivated, Singh told The Logical Indian,

“The love that all those who I help shower upon me is what keeps me going. I will not live forever but as long as I live, I will live for people who need me. If we humans are not there for each other, if we only live for ourselves, what is the point of living? Every time I help someone, they become my family. I urge everyone to be kind to each other, and love each other. That is how we can create a better world.”

His biggest inspiration comes from the values passed on by his father and "Bhai Kanhaiya Brigade," an organisation that sets up health camps across the country. 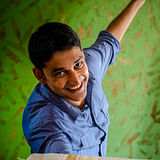 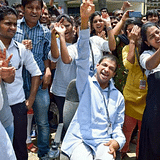