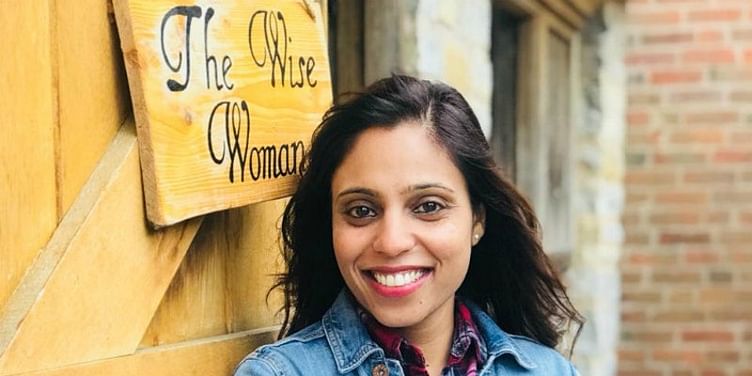 From rehabilitating individuals with schizophrenia to providing youth with information on the importance of sexual health and abolishing child marriage, meet the individuals who are working tirelessly to bring about change.

The secret of change, they say, is to focus all of your energy not on fighting the old, but on building the new. Social change starts with an individual, and can slowly transform the fabric of a society. And even though we may decry many ground realities in India, the fact remains that numerous individuals are being the change they wish to see in the world.

And slowly, over time, they are effecting a transformation. From Vithika Yadav, who aims to change the way the youth view love, relationships, and sex, to Sarada Menon, who established one of India’s first schizophrenia research centres, and seven-year-old climate activist Licypriya Kangujam, meet five social activists who are making a huge impact.

Vithika Yadav, a human rights activist, strongly believes that starting conversations around topics on love, sex, and relationships is necessary for young adults around the world. Not only is sex education healthy, but can also curb sexual frustration, and end a lot of misery caused by sexual violence and harassment.

Love Matters, an online multimedia platform started by Vithika, provides information on these topics. It was founded out of her own personal experience growing up in India.  She came across a lot of young people who wanted information about sexual health, and wanted it to be confidential. An online platform seemed to be the best way.

The website approaches sex with a non-judgmental attitude, and provides content that doesn't offend people. It has a global presence, in Kenya, China, Latin America, and Egypt.

In 2013 the platform won an award from the World Association of Sexual Health for being the most innovative sexual health project in the world. In 2016, it was among the top five digital activism projects in the world as part of the Freedom of Expression Award.

Kriti Bharti founded Saarthi Trust in early 2011 to abolish child marriage in India and provide social justice for women. The organisation not only helps to put an end to child marriages, but also provides counseling to children and families, and provides rehabilitation to these children.

The trust follows a two-step approach. One team of volunteers actively works with the legal system to stop the marriage, while the other aims to rehabilitate the child and provide her with a better future. This is through supporting the child with education, vocational training, and employment opportunities. The trust organises educational and informative camps to spread awareness, and runs an online helpline for people to report child marriages.

Lenin Raghuvanshi is a Dalit rights activist, and called for the establishment of the Neo-Dalit Movement that aims to eliminate the caste system, and establish a society that is equal for all.  He is the author of the book, Justice, Liberty, Equality: Dalits in Independent India, which highlights the cases of Dalit atrocities committed in the country, and throws light on the inability of the administrative system to protect the poor and vulnerable in our society.

One of the founding members of PVCHR, Lenin Raghuvanshi works towards the upliftment of individuals from marginalised sections of society.

He is an Ashoka fellow, and was appointed as the state director for the European Union-Funded National Project on Prevention of Torture in 2006, after being recognised for his reports published by PVCHR on torture incidents in the country. He was also recognised for his fight for social justice and was awarded the Gwangju Human Rights Award in 2007 along with Irom Sharmila.

Mambalikalathil Sarada Menon is a social activist and psychiatrist who established the Schizophrenia Research Foundation (SCARF India.) Sarada Menon was awarded the Padma Bhushan in 1992 for her contributions to society in the sphere of mental health.

SCARF, a mental health centre based in Chennai, offers a multidisciplinary, comprehensive range of psychiatric care and rehabilitation services. The foundation aims to help rehabilitate individuals who have experienced a severe schizophrenic episode, and support those with other mental health disorders.

The organisation also runs a number of community-based treatment programmes in rural and urban India, where they have been lobbying for mental health and spreading mental health awareness. The centre has an out-patient department (OPD), a day care centre, and in-patient department. It has treated over 25, 000 individuals with mental illness so far, free of cost, and is the only NGO in South Asia to be designated as a collaborating centre of the World Health Organisation (WHO).

Licypriya Kangujam is, at seven years, the youngest member on this list. The climate activist from Manipur is striving to make a difference through awareness about natural disasters. She currently works as a Child Disaster Risks Reduction Advocate in the International Youth Committee (IYC.)

In Manipur, Licypriya urges people to join hands in helping each other during difficult times. Speaking to North East Now, she said:

“I get scared when I see on television, people suffering and dying because of the earthquakes, floods, and tsunamis. I cry when I see children losing their parents or people becoming homeless due to dangers of disasters. I urge everyone to join their hands, minds, and passions to create a better world for all of us.”

She was invited in 2018 to the Mongolian capital Ulaanbaatar, for the Asian Ministerial Conference on Disaster Risks Reduction. In early 2019, the United Nations asked her to attend the sixth session of the Global Platform for Disaster Risk Reduction in Geneva, Switzerland. The conference had over 3,000 delegates and participants from over 140 countries, reports Think Change India.

Here's why Shashi Kapoor was special for Indian cinema

Power of collaboration in CSR