World Food Day: How these heroes are rooting out hunger and poverty in India 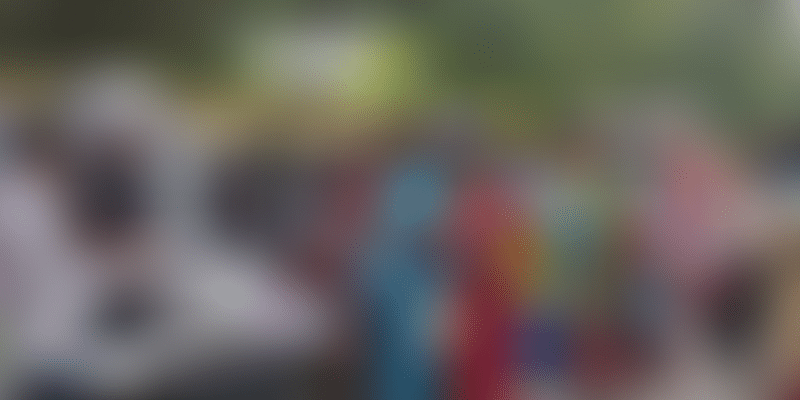 Even in an age where a lot of us are confused as to ‘where to order food from’, a significant part of the population still wonders as to ‘where to find food from.’ SocialStory brings to you a list of individuals and organisations who are putting in efforts to drive away hunger.

All of us have experienced hunger and we know what it feels like. Whenever we skip a meal at office because of a swamped schedule or forget to have breakfast before going to college due to the morning hustle, we tend to go through a series of sensations. It starts with a rumbling uproar in the stomach and then advances to irritability, fatigue, and dizziness.

Now, imagine going through this every day. Sounds arduous and exhausting, right?

According to a report published by the Food and Agriculture Organisation (FAO), over 19 crore people suffer from malnutrition and hunger in India in 2019. It also stated that while 51.4 percent of women in their reproductive age between 15 to 46 years are suffering from anaemia, 37.9 percent of the children below the age of five years have stunted growth.

As we celebrate World Food Day on October 16, the date on which the United Nations established FAO,

SocialStory brings to you a list of individuals and organisations who are putting in efforts to drive hunger away from the country.

A man who sold his assets to feed the poor

Syed Gulab, a 40-year-old spray painter working in Dubai, first came across the evil that is hunger, when he visited his niece who was admitted at the Indira Gandhi Children’s Hospital, Bengaluru. He was stunned by the fact that the child’s parents stayed hungry for days due to lack of money. He witnessed similar instances with many other families at the hospital and decided to make a change.

In 2016, he began working as a motor vehicle insurance agent in the city and took it upon himself to serve free lunch to all the patients and attendants outside the hospital. However, since Gulab did not have enough money for it initially, he sold his bike and camera to rope in funds. He started off by cooking food at home and feeding around 100 people on a weekly basis. But today, after obtaining a kitchen space on rent the number has increased to more than 500.

Since many who come for treatment at the hospital are from low-income families, affording both medicines and food becomes difficult. This is when Gulab’s initiative made a huge difference. A few months back, Gulab christened his work as the Roti Charity Trust.

An organisation that is ‘Revolution’ising nutrition for children

Most parents send their children to school regularly to ensure quality education and good health. However, many a times the mid-day meals supplied at these institutions turn out to be insubstantial, and do not provide all the required nutrition like proteins and vitamins. Not only does this affect the overall disposition during the growing years, but also results in malnutrition and illnesses like anaemia and marasmus.

The Breakfast Revolution, a Mumbai-based non-profit organisation (NGO) has been attempting to change this by partnering with schools and giving away wholesome affordable food to young students. The organisation has priced each meal between Rs 7 and Rs 10. In the last three years, the NGO has helped over 50,000 malnourished children to reach their health goals and 70 percent of them showed significant improvements within a span of six months.

In addition to food, The Breakfast Revolution is also involved in conducting health check-ups, deworming sessions and nutritional education workshops to improve the well-being of underprivileged children in the city.

Adopting a preventive approach to malnutrition

About 9.7 crore children out of 47.2 crore (as per the 2011 Census) are undernourished in India, data collected by the NGO, Child Rights and You (CRY) says.

Action Against Hunger, a Mumbai-based foundation has adopted the age-old proverb – ‘Prevention is better than cure,’ to root out poverty and starvation in the country, by working with anganwadis and public health centres. The foundation is involved in a slew of activities like organising campaigns to raise awareness about malnutrition, counselling families on how to ensure proper nutrition for infants, as well as, children, and distributing food-for-free to underprivileged families.

The organisation has been working across 661 locations in India, which includes Govandi in Mumbai, Mokhada in Palghar, Dharni in Amravati, Baran in Rajasthan, Burhanpur and Dhar in Madhya Pradesh, to name a few.

Action Against Hunger’s flagship programme, ‘First 1,000 Days of Life’, takes care of the nutrition and well-being of the baby, starting from the time they are conceived till they become two years old.

When Ankit Kawatra found food being wasted at a wedding, which could have otherwise been consumed by over 5,000 people, he decided to do something about it. The 24-year-old quit his corporate job and started an NGO.

With the simple idea of acting as a bridge between hunger and food wastage, Ankit founded Feeding India in 2014. He created a 24/7 helpline, mobile application and email ID for the organisation, enabling people to establish contact and donate excess food. Once the intimation arrives, the Feeding India team collects it from a specific individual, wedding, or restaurant and later serves it to those who do not have access to food in shelter homes, schools and old age centres.

Till date, Ankit’s organisation has served over 1.35 million meals with the help of 8,500 volunteers across 65 cities in India. In the process, he has saved over Rs 3.75 crore worth of food from being wasted.

A Zomato delivery executive who is driving away hunger

Have you ever wondered what happens to an order when cancelled on Zomato? Restaurants and eateries generally give away the cancelled order to the person in charge of delivering it. In some cases, either the delivery personnel eats it or sells it to make extra money.

However, Pathikrit Saha, fondly known as ‘Roll Kaku’ (uncle), delivered food from all the cancelled orders to underprivileged children in and around Kolkata. Thanks to him, several homeless and hungry kids get to eat a variety of dishes, starting from scrumptious biriyani, spicy rolls, to delicious pizzas.

However, his endeavour did not stop there. He wanted to find a long-term solution to safeguard the health and happiness of children.

With the assistance of a few friends, Pathikrit established an NGO by the name, Help Foundation and started teaching subjects like science, mathematics and English to underprivileged children in slums and on railway platforms. He even quit his job as a Zomato executive to focus on the betterment of children.