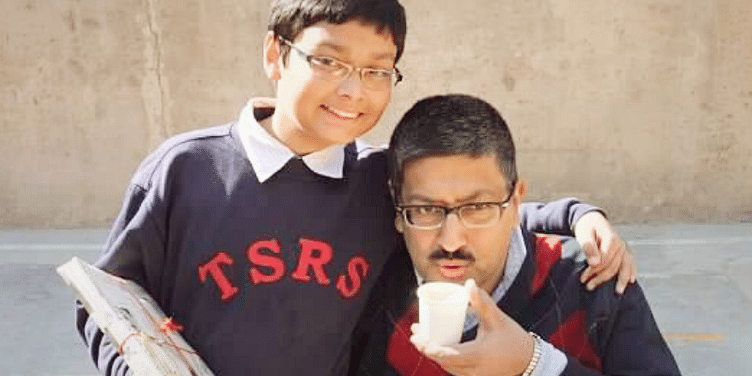 The Javed Abidi Foundation strives to bring youth together, foster friendships, and create a community where individuals and youth with disabilities know their rights. It trains them to be young leaders in the disability space, and effectively enable change.

Javed Abidi was one of the pioneers in creating a cross-disability movement in India, encouraging people with different disabilities to work on common and collective solutions. He passed away in 2018, but the light that he shone and the memory of his passionate activism is fondly cherished by individuals not only in the disability space but across India.

His nephew, 21-year-old Shameer Rishad, is honouring his legacy by taking his work forward through the launch of ‘The Javed Abidi Foundation’ (JAF).

Launched in March 2019, JAF aims to effectively implement the Rights of Persons With Disabilities (RPWD) Act of 2016, which was one of Abidi’s unfinished agendas. Further, the foundation strives to bring youth together, foster friendships, and create a community where individuals and youth with disabilities know their rights. It trains them to be young leaders in the disability space, and effectively enable change.

Born in Aligarh, Uttar Pradesh, Abidi studied in the US and moved to India at the age of 24 to pursue a career in journalism. A wheelchair user since the age of 15, due to spina bifida, a birth defect, he soon got involved in disability awareness.

Abidi believed strongly in giving people with disabilities a sense of belonging in society. He wanted people to believe that the impossible could be made possible; all one needed to do was take the first step.

He was one of the founding members of the ‘Disabled Rights Group’, that was set up in 1994, and was the Executive Director of ‘The National Centre for Promotion of Employment for Disabled People’ (NCPEDP), a trust jointly set up by the Rajiv Gandhi Foundation and Action Aid in 1996.

He was also the first person to set up wheelchair ramps for individuals with disabilities at historical sites and prominent public spaces in New Delhi.

Apart from this, one of the most prominent and path-breaking things Javed Abidi has done is actively participate in the drafting of the ‘Rights To Persons With Disabilities Act’ (RPWD) in 2016. There are several achievements credited to his name because he believed in giving people with disabilities what they longed for most: a voice.

“He was a multifaceted man, who I believe, knew that he had been sent into this world to make the lives of others easier. It is because of him today that many people with disabilities have a sense of pride and ownership over their own lives; they can work on changing their destinies by fighting for what is rightfully theirs… I guess he had seen life way too close at a very young age, making him invulnerable to anything anybody threw at him. He would come up with plans to circumvent the slightest inconvenience but was equally fine riding his wheelchair over the bumps and cracks of life when he had to. At his core, he was a changemaker, a leader.”

After Abidi’s death, Shameer wanted to honour his ‘mamoo’s’ legacy, and the launch of the foundation was purely out of love. It was an ode to the special bond they shared over the years; it was more of a personal goal than a professional one.

“It is my love for him that’s driving me to do this, and also the immense need for such work that is present in the construct of society that we are a part of,” Shameer notes.

He recalls always looking up to his mamoo, as he would call him as a young boy. Shameer never anticipated starting a foundation in his name one day, let alone getting into the disability sector.

“When I was in school, I would always tell my mom that I’d earn money and ‘fund’ my uncle's initiatives. They would just laugh, give each other a look, and tell me we’ll see,” Shameer recalls.

In 2017, Shameer and his mother moved to Delhi to be with his uncle, despite Shameer securing admission in St Josephs for Economics, Math, and Statistics.

“Looking back, I feel, shifting in with mamoo was one of the best decisions I ever made. We spent a lot of time together and talked about everything, from work to college life, shows, movies, and politics. At one point, I even used to drive him to the office. When he passed away, I didn’t know what to do but, I knew that I had to do something.”

Shameer recalls that while he was still grieving, a stranger tried to register a trust in his uncle’s name, and was looking to secure funding. As Shameer wanted to preserve his mamoo’s legacy, his mother suggested that he should start working on building a foundation after college. However, he believed that this was the right moment to start.

Earlier, Shameer wanted to work on the foundation as an internship or project. But, he realised that a lot of work needed his full attention, he decided to work towards building the foundation full time.

Shameer feels that just because he is Javed Abidi’s nephew, it doesn't mean that he can use his name as a stepping stone. He says that a lot of work has to be put in the foundation to understand ground realities and see that the work is up to the standard set by his uncle.

Speaking about his uncle’s work ethic and how it inspired him, Shameer says,

“He was a legend who worked madly, tirelessly on the policymaking level. He always talked to me about the RPWD Act of 2016; it was his baby. It is my personal goal to see the law he was passionate about come to life. He told me that it would take at least 10-15 years to get it implemented and I want to work on mamoo’s unfinished agenda.”

According to Shameer, these workshops train youth in using RTI as a tool for advocating the RPWD Act. As a result, the participants have filed 35 RTIs till now on topics that they chose from the RPWD Act.

“What’s in it for me? At times, I have a difficult time explaining this. But, I strongly feel we need to work on creating a level playing field before anything else. So, that’s what I look for in youth with disabilities; they need to have the same fire in the belly as my uncle did… Whatever he achieved was absolutely on his own merit. As of now, I am only looking for that mad streak in people.”

Shameer says JAF is working on setting up a Cross-Disability Youth Network, which will connect disabled youth from all across India, giving them a collective voice to demand their rights. JAF is also in the process of setting up a mentorship model, and Shameer hopes that through this process, youth will understand why it is so important to advocate for individual rights.

“I have been going to JNU, Jamia, NLUD, Ramanujam College, Delhi School of Social Work, among other organisations and colleges in Delhi to conduct open houses. In these sessions, we discuss the intent of why I set up JAF, the paradigm shift from the PWD Act of 1995 to the RPWD Act of 2016, and lastly, the issues regarding students with disabilities that we need to address as a community on campus,” Shameer says.

“I believe in solving my problems and I want others to feel the same way. We want disabled youth to question status quo and lead the way to change,” Shameer adds.

The challenges people with disabilities face

Speaking about the main challenges people with disability face in India, Shameer highlights social stigma, stating that they are often overlooked, ignored, and sometimes even negated by others. "When society sees someone disabled, it doesn’t really know how to react. If they are people of faith, they blame God or try to come up with irrational narratives like, 'Blind people have a heightened sense of hearing, they can also predict weather and the future',” he says.

“Terms like ‘Divyangjan’ and ‘specially-abled’ are derogatory, according to a lot of people with disabilities that I have interacted with,” Shameer adds.

The issue of identity is something that disabled youth struggle with, often spending time anticipating who they are, why they are placed in this world, and what their ultimate purpose is. He feels that this is due to multiple factors, but largely due to discrimination.

“Some try and hide the full extent of their disability. I feel that my uncle had the answer to this: acceptance. My uncle accepted that he was disabled and was very matter of fact about it. This was largely because he grew up in a supportive environment,” Shameer says.

Shameer believes that a very basic necessity for people with disabilities is access. It can range from access to public spaces, education, health, services, employment, justice, and much more.

“When it comes to disability, my uncle felt that not having even basic accessibility was the main issue. The RPWD Act of 2016 is the silver lining as it mandates the government to make very basic things, those that people without disabilities often take for granted, accessible to PWDs,” Shameer says.

He adds that another aspect of accessibility is mainstreaming disability, stating that there are different kinds of disabilities, each with its own set of needs.

"People who are blind have a completely different set of needs from those who are deaf or intellectually disabled. We need to understand that there needs to be a multi-pronged approach when it comes to disability, specific to different disabilities but also taking into account general issues such as education, employment, etc,” Shameer says.

Shameer plans to cover all colleges in Delhi-NCR first and do a basic 'Know Your Rights Open House' series so that he has a good grasp of the underlying issues on campus. The series will directly feed into the Cross-Disability Youth Network to connect different colleges, and work as a resource pool for different activities.

He also plans to travel to different states and conduct sessions on RPWD and RTI, and meet key stakeholders looking for possible partnerships.

“On a completely separate note, I am working on articles that have come out of the evidence we have collected through RTI. We are also going to have a press release and give out a fact file to the media so that the non-implementation of the RPWD Act can be covered. We are working on a few surveys that will feed into research papers we want to release. I am basically trying out everything right now," Shameer says.