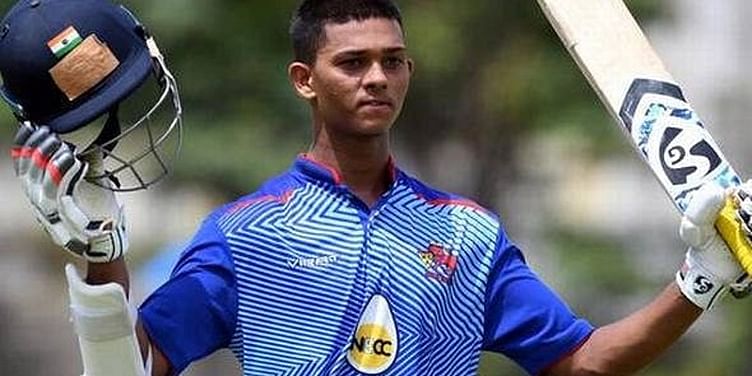 Seventeen-year-old Yashasvi Jaiswal, who played a scintillating inning for Mumbai in the Vijay Hazare Trophy tournament has been signed on by Rajasthan Royals for the upcoming IPL.

His is a rags-to-riches story, that began with selling paani puris for a living to now being signed by Rajasthan Royals for a whopping Rs 2.4 crore, for the upcoming Indian Premier League (IPL) 2020.Seventeen-year-old Yashasvi Jaiswal shot into the limelight when he scored 564 runs for Mumbai in the Vijay Hazare Trophy. In this league, his standout performance was a 203 knock out off 154 balls, in which he hit 12 sixes and 17 fours.

In a first, 18-year-old to become first player from the Valley to play for IPL

Speaking to ANI after his son was signed by Rajasthan Royals for the IPL, Yashasvi's father, Bhupendra Jaiswal, said,

“His hard work is paying off. I hope that he will perform well in the IPL and would get a chance in the Indian side. I am extremely happy. It is not about money. It is about the hard work that he has done. He is making us proud and I pray to God that he will do well in the upcoming U-19 World Cup and bring the coveted trophy to the country.”

With the recent innings, he has become the youngest batsman to score a double century in List A cricket. According to Cricbuzz, the 17-year-old had a base price of Rs 20 lakhs.

Unfortunately, he didn’t have the privilege like some others to receive proper coaching at a young age. He had come to Mumbai from his village, Bhadhohi in Uttar Pradesh, and was living in a tent adjacent to the Muslim United SC ground at Azad Maidan.

Yashasvi will be travelling to play for India in Under 19 World Cup in South Africa, which will commence on January 17, 2020.