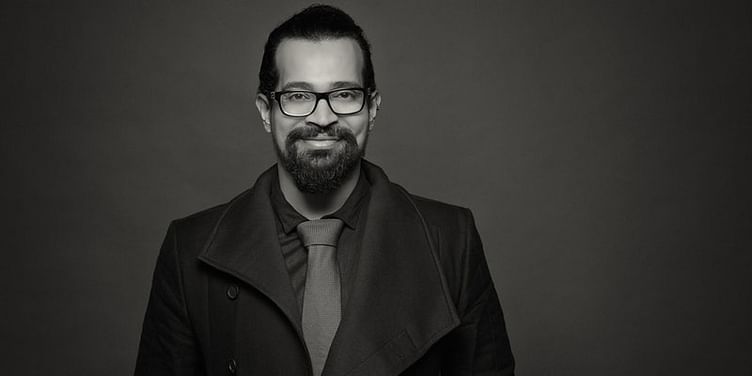 Pune-based non-profit Tava-Mitram aims at helping everyone, including people who may not be able to afford treatments, take charge of their psychological health and heal themselves through coordinated group coaching sessions.

There is still a lot of ignorance and lack of awareness swirling around mental health in India. Despite many well-intentioned efforts to eradicate stigma and bring more light to the topic, many in the country view mental illnesses as something that either is not real like a physical ailment or a shameful thing that needs to be swept under the carpet.

Taking a stab at bringing more awareness to mental health is Pune-based ﻿Tava-Mitram﻿, a non-profit initiative by the Iinner Universe Education Foundation (IUEF), that promotes a healthy approach to mental well-being and helps people rebuild their lives by leveraging the power of their minds.

Founded in mid-2016 by Dr Paras Daithankar, Ekta Daithankar, and Kalpana Joshi, Tava-Mitram aims at helping everyone, including people who may not be able to afford treatments, take charge of their psychological health and heal themselves through coordinated group coaching sessions.

The coaches, known as ‘Mitra Coaches’, are skilled volunteers who help people find the potential that lies dormant within them.

All Mitra Coaches are certified with 333 hours of training under the aegis of Paras, 35, an ICF and EMCC-certified psychotherapist and life leadership coach and a counselor.

“Tava-Mitram is on a mission to create an emotionally and mentally strong India through its guided sessions and services to those in need, irrespective of their background, social status, caste, or creed. Self-esteem and a healthy mind are every person’s right and Tava-Mitram dutifully adheres to this belief,” he says.

Founded in June 2016, Tava-Mitram uses group coaching methods to heal the mind, body, and soul. The not-for-profit organisation partners with people to find and define their purpose as they acknowledge their pain, and learn to release it to embrace a new life.

The service is entirely free of charge for those who are unable to afford help due to financial conditions.

“We are a friend with a non-biased approach. We are looking forward to healing India and to create emotionally strong citizens,” says Paras.

At present, Tava-Mitram is running SMS and email campaigns for mental awareness and to keep people posted about their upcoming sessions/workshops or what is currently happening.

“We are currently working to launch our app in April 2020, which will include free coaching and sessions. We are also going to initiate a missed call campaign to those who don’t have access to smartphones,” Paras told SocialStory.

Tava-Mitram has a team size of almost 25 people right now.

“Ekta is my sister and Kalpana is my mother and both have been in the path of coaching for a decade now,” adds Paras.

According to Tava-Mitram, mental illness in India is not considered as serious as physical ailments, which is why India is lagging behind and considered to host the most number of depressed people in the world.

Tava-Mitram conducts free psychometric tests, a psychological measurement technique to help people understand their mental strengths and capabilities at present and how they can enhance them by taking Tava-Mitram sessions.

The organisation has also conducted many mindful interactive training sessions and workshops at schools and colleges in Pune, Mumbai, and Bengaluru, in a way to spread awareness about its sessions.

“Mental illness is a very common phenomenon among young students today. But Dr Paras and his team have shown us how we can cultivate hope in students in a very short span to help them gain mental strength and confidence in the long run,” says a spokesperson of Mudhoji College, Phaltan, Maharashtra.

The organisation believes in the power of activities in place of lectures on mental health. “We gather around 20 to 50 people where participants carry out a number of mindful training activities rather than passively listen to a lecture. We know that people in schools and colleges are more vulnerable to these aspects so we craft training programmes in a way that is very motivating for them and will help them understand what they can expect when they take up the three-month free sessions with us,” Paras says.

The sessions by Tava-Mitram include personal coaching where, he explains, the organisation creates a safe place for people to heal their emotional wounds. The sessions are organised as two-hour group coaching sessions every 10-15 days in a three-month period.

Tava-Mitram targets people in the age group of 18-60 years and provides its sessions in three languages - Hindi, Marathi, and English.

Tava-Mitram envisions facilitating 100 self-help groups (20 members in one group) by 2020 and plans on creating seminars and group sessions for spreading awareness on mental strength on various platforms to increase acceptance and self-awareness with respect to mindful well-being.

The non-profit is working towards building a pan-India presence and has already worked in major cities like Bengaluru, Mumbai, and Pune.

“With the missed call campaign we will be soon tapping the rural parts of India. We have impacted almost 9,000+ lives so far across Mumbai, Pune, and Bengaluru,” says Paras.

Bootstrapped with a seed funding of Rs 45 lakh and self-invested around Rs 3 crore so far, Tava-Mitram is strategising to become a crowdfunding platform after the app is launched.