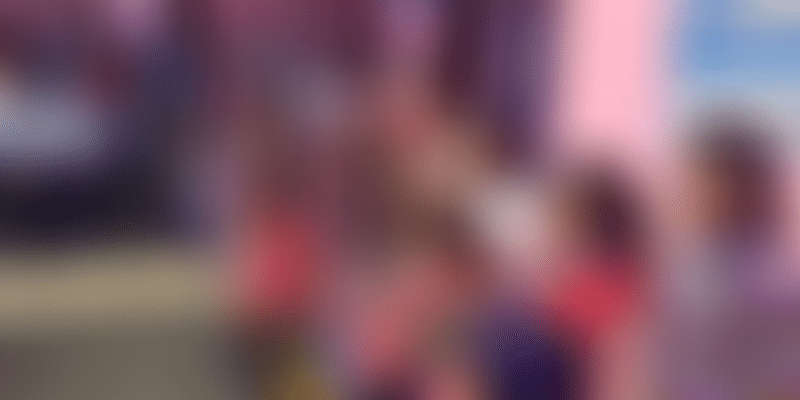 One of India’s largest CSR spenders, HDFC Bank, started the Farm Field School, a programme that is helping rural and marginalised communities in Bihar’s Vaishali district better their lives.

Umesh Rai, a farmer from Khajwatta – a small village in Bihar’s Vaishali district – plucks a fresh pea pod from his land parcel, peels it, and hands over a few tender, sweet pearls.

Gesturing towards his abundant crop of tomatoes, brinjals, and okra, which will soon be ready for harvest, the farmer says, “Until recently, I only used to grow wheat and paddy. But now, I'm a vegetable farmer with a bigger produce and better livelihood.”

Umesh’s transition from cultivating cereal crops to cash crops or vegetable farming, which has led to a sold-out yield and better income, is the result of the training he received from the Farm Field School (FFS) set up by ﻿HDFC Bank﻿ under its flagship CSR initiative – Holistic Rural Development Programme (HRDP).

The bank is one of the largest spenders of CSR in the country, having spent Rs 444 crore in the last financial year.

Providing a better quality of life

“Under HDFC Bank Parivartan – the umbrella name under which all CSR initiatives fall – we reach out to communities and enable them to make a transition from a vicious cycle of poverty to a sustainable growth. There is much more work needed on the ground, right from identifying problem areas and meaningful implementation to collaboration and execution,” she adds.

FFS is a major part of the programme, which essentially equips, trains, and facilitates few farmers who own big land parcels from each village with new farming techniques, vermicompost, irrigation, and intensified vegetable seed cultivation by building net houses, etc.

Under it, 31 green net house nurseries for commercial cultivation of healthy vegetable seedlings have been built in Vaishali so far. Thanks to these, farmers are now able to cultivate seedlings early and healthy for self-usage and to sell to other farmers.

Chief among the challenges that HDFC and AKRSP recognised in these villages was that the irrigation facilities for the agricultural land increased the input cost of farmers. Irrigation cost used to be Rs 150 per hour, which essentially hampered the income of farmers.

These five Group Irrigation Systems are benefiting 300 households, providing irrigation facilities for 150 acres of land. As a result, irrigation cost has reduced by up to Rs 50 per hour, also incentivising farmers to cultivate all three seasonal crops.

Besides agriculture, the HRDP programme is also working with women’s self-help groups (SHG) in the villages, imparting training on financial literacy and leadership.

With Bihar at the tail end of India’s literacy statistics, a large part of the HDRP is also focussed towards education. Several studies and surveys on school dropout rates point to a major reason – the quality of education and lack of sanitation facilities.

HDFC is addressing both. To improve facilities in government schools, the HRDP has extended support to four schools in Khajvatta, ChakBihari, Hasanpur Bakhari, and Pachai Jagdish villages by establishing mini libraries on the premises and providing necessary teaching and learning materials developed by reputed agencies like Pratham and Eklavya.

Recently, a smart classroom was inaugurated at the ChakBihari village school – complete with a smartboard and internet connection to promote interactive learning.

From planting trees to promoting waste segregation, here's how these companies are helping the environment

Local AKRSPI representatives said that studies conducted by them have shown that interactive classrooms have resulted in higher enrollment in primary schools. This school had over 300 students with girls making up 60 percent of the strength.

A higher number of girl students can be attributed to the newly-built toilets in the school premises and solar power ‘jal minars’ or water fountains, which have helped solve the issue of a lack of safe drinking water.

“Intermittent electricity rendered motor pumps useless in toilets and water fountains, making it difficult for the students to spend six hours in school. We have seen an encouraging number of girl students re-enrol after the toilets were built,” a teacher from the school said.

HDFC’s role, however, is not just limited to installing infrastructure. Along with AKRSP and other implementing agencies, its CSR programme also conducts health and hygiene workshops for girl students, with discussions on menstrual hygiene and safety.