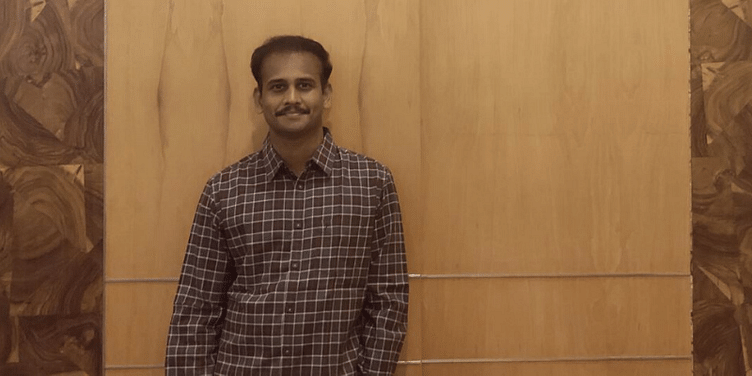 Harshith Sirigeri started GreenBubble in 2013 to provide both the technology, as well as equipment required, to grow and process algae for further utilisation in products.

Whether it is on the edge of a wooden fence or in an empty bottle, the sight of blue-green algae suspended in moisture is a strikingly alluring one. Microscopic algae, commonly known as micro-algae, is not just any other rootless, leafless plant, it is also a great source of nutrition and energy. It has applications across industries such as animal and fish feed, food recipes, pharma ingredients and even biodiesel.

GreenBubble Algalworks Pvt Ltd, a Bengaluru-based startup, is attempting to deliver these benefits to people through its offering. Founded by Harshith Sirigeri in 2013, GreenBubble is focussed on providing both the technology, as well as the equipment required, to cultivate and process algae for further utilisation in products. While the startup is experimenting with growing eight varieties of the aquatic organism, it has already launched solutions to develop three of them, namely – spirulina, chlorella, and nannochloropsis.

Algae is a micro-organism that contains a whole host of vitamins, minerals, antioxidants, as well as enzymes, and is thereby capable of dishing out a lot of nutritional value. The lipids or natural oils present in them can be processed into biofuel or used as omega oil supplements. Its application can be extended to pharmaceuticals, fertilisers, and aquaculture.

Besides, both the production and utilisation of the moss-like organisms are known to bring about a positive change in the environment as they absorb carbon dioxide from the atmosphere just like the trees. Hence, algae have the potential to be employed in a sustainable manner across a line of products ranging from tennis shoes, fuel, to even burgers.

“When I found out that algae can double up as a form of fuel and also as a superfood, I began researching about the means to grow it. Since its cultivation seemed to be both viable and scalable, I wanted to make it possible for everyone to experience its benefits. That was the idea behind setting up GreenBubble,” says Harshith Sirigeri, Founder and Managing Director, GreenBubble Algalworks.

Back in 2009, Harshith, out of sheer curiosity, began reading about the various ways to reduce greenhouse emissions in the atmosphere. The 21-year-old, who was still pursuing his computer engineering from PESIT in Bengaluru, had a deep desire to do something about the increasing levels of carbon dioxide in the air.

One day, he stumbled upon some algae growing in a pond. On further investigation, he found out about the immense potential it holds and the multiple advantages tied to it.

“From thereon, I spent quite a lot of time studying different types of algae, and the various techniques that can be used to grow it. With the help of the biotechnology department in my college, I even commenced certain experiments related to it. By the time I graduated in 2010, I was certain about starting a venture on my own,” recalls Harshith.

Since Harshith needed some initial capital to begin his journey, he decided to take up a job at National Instruments, a US-based firm that makes virtual instrumentation software. After working in the company for two years, he resigned to invest more time in research and development (R&D) for his venture. In 2013, he floated GreenBubble Algalworks by pulling in his personal savings.

“Several individuals and institutions have studied micro-algae in the past. However, when it comes to its large-scale application, it is at a very nascent stage. This is one of the reasons it took me close to three years to complete my initial research,” says Harshith.

How does the startup operate?

Algae hold a unique value across a slew of industries, including animal feed, aquaculture, food processing, nutraceuticals, and pharmaceuticals. But, its variety and the manner in which it is put to an application are different.

So, whenever a certain company approaches GreenBubble, they show the startup a certain specification or requirement, an approximate budget, as well as a production capacity. The startup, in turn, develops the suitable hardware and technology required for them to cultivate algae.

“We design and manufacture all the necessary equipment for the cultivation of algae such as plumbing, water treatment, and electronic systems, filters, dryers, powdering systems, tanks, etc. The kind of knowhow we apply as part of this ranges from – biotechnology, aquaculture, filtration, nutrient, and chemical management. After we put all of it together, we sell it to the customers in the form of turnkey projects. While our R&D facility is located at Bidadi, Karnataka, the factories operate in Peenya and Sunkadakatte, both of which are in Bengaluru,” says Harshith.

Today, GreenBubble has a team of 10 employees who are involved in developing and selling the technology and apparatus needed for algal cultivation. Some of the startup’s main clients include Parry Nutraceuticals, Phycotek, NB labs, and Radhe Agro.

“The systems provided by GreenBubble were very well-designed, keeping both product quality and operational efficiency in mind. We have seen improvements on both counts,” says Muthu Murugappan, Business Head of Nutraceuticals at Eid Parry, Chennai.

According to a research article published in the American Institute of Biological Sciences, algae are among the most productive biological systems for generating biofuel, as well as capturing and isolating carbon. Hence, when cultivated on a larger scale, the organism is capable of effectively removing carbon dioxide from the surrounding air.

“It has been proven that one ton of algae can absorb 2.4 tons of carbon dioxide from the atmosphere. So far, we have helped people set up algae cultivation units with a production capacity of more than 80 tons per month, which in turn, would have eliminated at least 192 tons of carbon every 30 days. We are planning to continue our endeavour in this direction, so as to reduce air pollution and combat climate change,” says Harshith.

Apart from this, GreenBubble also develops and manufactures all its equipment in an environment-friendly manner.

When asked about the startup’s future plan, Harshith says,

“We are looking to add more varieties of algae to our product pipeline in the coming days. Since nature has mastered the art of growing algae, we are eyeing to learn more and more from it and follow its footsteps.”