Red is the New Green: Meet the woman shattering social stigma around menstruation 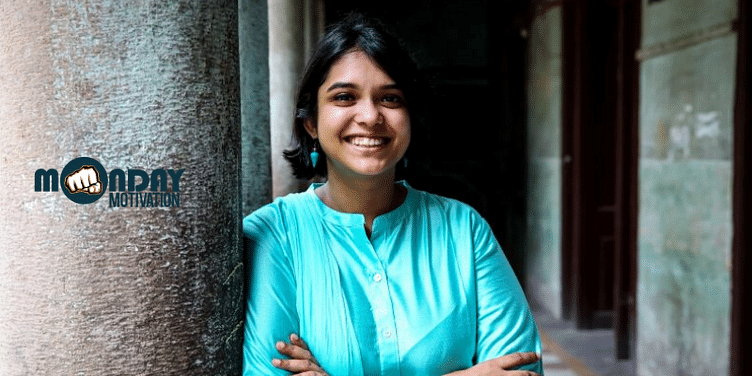 Deane De Menezes quit her corporate job to start an NGO, Red is the New Green. From conducting workshops to spread awareness about periods to installing sanitary napkin vending machines, she is tackling the social stigma attached to menstruation.

Mahatma Gandhi famously said, “The best way to find yourself is to lose yourself in the service of others.”

Deane De Menezes, 26, seems to have taken this to heart. Born in the city of limitless opportunities, she was instilled with the importance of giving back to society since she was a child. And, since then, she’s made it her life mission.

Determined to shatter the stigma around menstruation, Deane in 2016 launched an initiative called Red is the New Green (RING).

She started off in a small way by encouraging open dialogue about menstrual hygiene among students through workshops and awareness sessions. She went on to establish a not-for-profit organisation in the same name and worked towards ensuring accessibility of menstrual products by installing sanitary vending machines and incinerators in more than 50 educational institutes.

Amid the coronavirus pandemic, like many other essential supplies, sanitary napkins were also short in supply. The taboo attached to menstruation made families stay tight-lipped even during these testing times.

Deane decided to step in and helped around 12,700 women by distributing over two lakh sanitary pads across slums and rural areas in Maharashtra.

“I came across some distressing statistics surrounding menstrual hygiene in India during the course of my research. The National Family Health Survey of 2015-16 stated that only 36 percent of women in India used sanitary pads during their periods,” she says.

She adds that the scenario was no better when it came to teens. A 2014 report by the NGO Dasra, titled Spot On!, revealed that approximately 23 million girls were dropping out of school every year due to lack of menstrual hygiene facilities.

“I simply could not hold myself back after getting to know the gravity of the issue,” Deane tells SocialStory.

Deane was like any other teenage girl when young – her eyes full of dreams and a heart full of desires. Growing up in Mumbai, she completed her schooling from JB Vachha High School at Dadar.

She had an unmatched love for numbers since childhood. The world of mathematics and problem solving never stopped fascinating her. This led her to pursue her bachelor’s in science from St Xavier’s College. In 2015, she bagged her “dream job” as a research analyst at one of India’s top policy advisory and rating companies.

The idea for Red is the New Green was born in a toilet. Deane was appalled when she got her period in the middle of a busy day at office.

“I did not know who to ask for help. I somehow managed to buy some from a nearby pharmacist. However, many questions cropped up. How would I have managed if I was on the other side of the poverty line? What if I was not aware about the biological process of menstruation?” Deane recalls.

She dug deeper into the topic of menstrual awareness and accessibility, and discovered the multiple challenges associated with it: the usage of unsafe menstrual alternatives, the deep-rooted stigma around it, or improper disposal of sanitary napkins. She soon decided to do something about it and established RING.

Deane’s initial plan was to educate students across schools in Mumbai. With the help of a few friends and colleagues, she conducted many workshops to talk about menstruation, the importance of maintaining cleanliness, precautions to avoid infections, etc.

The journey was not a cakewalk.

“There were many instances when the school administration themselves turned us away. We knew that it would be quite a task to make them understand the significance of having these conversations. But, we did not want to give up on my endeavour half way through. We kept trying until we succeeded,” Deane says.

The workshops did well and Deane charted out a plan to set up sanitary pad vending machines and incinerators in 50 schools. She collaborated with Hindustan Life Care for the devices, and she reached out to a few donors to sponsor the installation.

“The vending machines ensured immediate access to pads and the incinerators put an end to open disposal by burning used pads and converting them to residual ash. These benefits not only infused a sense of confidence among school-going girls, but also reduced dropout rates to a considerable extent,” Deane says.

Bringing about a positive change

Deane managed Red is the New Green alongside a full-time job for almost two years, but then decided to quit.

“I wanted to dedicate all my time working towards menstrual hygiene. It was a difficult choice, but I made it,” she says.

Her most recent effort involved distributing sanitary napkins to underprivileged women and girls across various slums in Mumbai amid the pandemic. The core team of RING, consisting of six members, entered into partnerships with other NGOs like ASHA, Pratham, and Sneha for this.

They catered to the menstrual needs of female migrant workers by beginning a drive called Jeevan Rath along with UNICEF. The initiative included setting up mobile stations to provide menstrual hygiene kits to women for their safe travel back home.

“The stigma and shame generated by stereotypes around menstruation mean many women and girls don’t get basic human rights. Even today, many in India are living without access to menstrual products, lack of privacy to wash, or use clean toilets. A collective approach is imperative to root this out,” Deanne says.

Apart from working with women and NGOs, a few months ago the non-profit decided to involve the government. “We are presently working with the state governments of Arunachal Pradesh and Jammu & Kashmir to spread the message. We are looking forward to collaborating with many more in the future.”

Deane has also initiated an online fundraiser on ImpactGuru to expand her efforts towards safe and healthy periods.

In 2018, Deane was recognised for her conviction and relentless work to make the world a period-friendly place by Her Majesty Queen Elizabeth at Buckingham Palace. The Queen's Young Leader Award involved a one-year leadership development course designed by the University of Cambridge, which she eventually completed with top honours.

Today, Deane is an inspiration to many across the country.

When asked about her message to the youth of India, she says, “If I can do it, so can you. Even a small step towards working for a cause you are passionate has the potential to create a huge difference.”