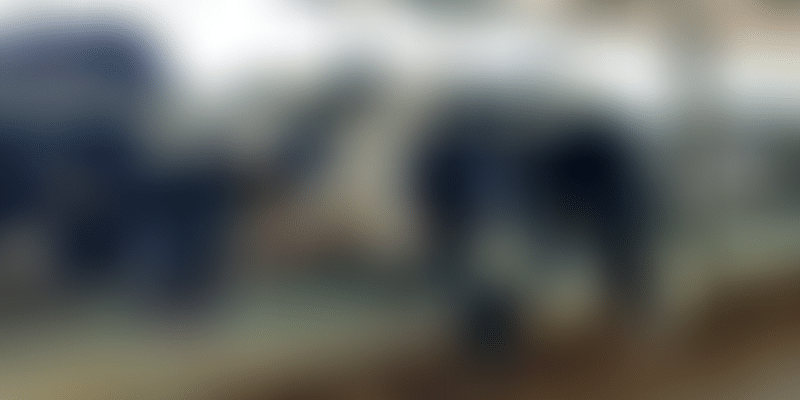 Founded in 2012, Hooghly-based SRC Farms is setting an example in the dairy industry by taking special care of its cattle’s health, comfort, and nutrition.

We generally find it difficult to go without milk products in our daily lives – whether it is our everyday cup of coffee or the occasional craving for a scoop of ice-cream. However, behind these moments of gusto, there is a lot of pain and suffering. Cows being tightly tethered to fences, injected with artificial hormones, and forced to live in poor conditions is a norm across several dairy farms in the country.

According to an investigation conducted by Animal Equality, a Pune-based animal protection organisation in 2015, cattle in many dairy barns in India were made to go through an unending cycle of cruelty. The study also revealed that most of them violated the Prevention of Cruelty to Animals (PCA) Act from the time the calves are conceived until the final stages of their lives.

Meanwhile, Hooghly-based SRC Farms is attempting to set an example in this space by taking special care of its cattle’s health, comfort, and nutrition. Founded by Harsh Bihani, Indranil Sen, Uma Shankar Rathi, and Ashok Chandak in 2012, the dairy farm is not only known for its fully mechanised, safe milk extraction and storage processes but also its environmentally-sound and animal-friendly engagements.

At present, SRC Farms houses over 400 cows and provides milk to 1,500 households in Kolkata.

“There is a slew of cases within the Indian dairy industry where cattle are mistreated, and additives added to their produce. These unhealthy practices tend to take a toll on both the animals and the consumers. We wanted to build a farm free from these unhealthy activities and also bring about a positive difference in the entire value chain involved,” Harsh Bihani, Co-founder, SRC Farms tells SocialStory.

After completing his Master of Science from the University of Manchester in the UK, Harsh Bihani got along with his friend Indranil Sen and two of his maternal uncles – Uma Shankar Rathi and Ashok Chandak.

At the time, Indranil had made a name in the confectioneries and bakery business, while Uma was working with a coding and marketing equipment manufacturer Control Print India, and Ashok was managing a food chemicals dealership.

However, their drive and passion towards entrepreneurship led them to lay the foundation for SRC Farms.

The four of them began their journey together by buying a piece of land, measuring around seven acres in Hooghly, 65 km from the City of Joy, Kolkata. Besides pooling in their savings, they took a loan from the bank to fund the purchase of the asset and meet the initial expenses.

“It was quite a challenge to find the right location for the dairy farm. We needed a huge space to house the animals, and at the same time, did not want to move very far from our target market,” says Harsh.

How some farmers navigated the rough coronavirus seas during the lockdown

Since all of them wanted to set up a fully-automated and highly-efficient farm, they procured multiple dairy and farming equipment from the renowned Swedish company DeLaval. Today, most of the processes in SRC Farms, including milking, storing, packaging, and monitoring of animal health are mechanised.

SRC Farms has incorporated many measures to ensure the well being of its cattle. Considering how cows are sensitive to heat and reach their critical temperature quite quickly, the founders have built climate-controlled sheds with sprinklers, misting systems, and high-volume low speed (HVLS) fans for them.

Additionally, the farm houses massage stations and scrappers. While the former helps cows flush out toxins from their muscles and joints, the latter keep their surroundings clean by wiping off the dung regularly.

Another technological intervention that the dairy barn relies on is DelPro – a software that records data like the yield given by each animal, date of pregnancy, and time of vaccination of the cattle, as well as other details regarding everyday milking and feeding.

“The numbers and records produced as part of this are delivered to us through a series of applications. Not only does this enable the team to keep track of the health of animals but also take timely decisions to improve animal health, farm profitability, food safety, and work efficiency based on the data,” adds Harsh.

The cows in SRC Farms are milked about thrice a day using machines driven by vacuum and pulsation without any human intervention. Once this is complete, the milk is automatically transferred to a bulk cold storage facility of four degrees Celsius.

Presently, farm products like milk, paneer, and ghee are priced at Rs 72 per litre, Rs 470 per kg, and Rs 975 per litre, respectively. SRC Farms delivers to individuals based on the orders received through its customer care number. Besides, it has a monthly subscription model for people who want to buy regularly.

The farm distributes its products with the help of an in-house delivery team, consisting of 40 members.

“The price of the dairy items we sell is slightly high compared to the standard ones. So, it took a while for us to establish a market. During the initial days, we participated in various food exhibitions and free sampling events to create awareness about our preservative-free, quality products,” explains Harsh.

Intending to promote and use a clean and renewable source of energy, SRC Farms assembled a biogas plant in 2018. All the cow dung generated in the farm is fed into the plant as an input. The resultant biogas energy is used to electrify the farm.

One of the by-products of biogas is the enriched organic manure which is known to be an ideal substitute for chemical fertilisers. The team at SRC Farms has stepped out of their comfort zone to sell this manure at a reasonable rate to several farmers and farmer-producer organisations in Hooghly and the nearby districts such as Howrah, Nadia, and Bankura.

“Recently, we also established a production system within the premises of the farm to manufacture corn silage, which serves as fodder for animals. Hence, we are now directly buying the maize that these farmers harvest every season. The farmers are very happy with our transactions since they do not have to deal with any exploitative middlemen,” says Harsh.

Gautam Das, a member of Panishola Agamoni Trust, an FPO located in Dhaniakhali, resonates with these benefits. He says,

“Our entire produce is bought by SRC Farms, and therefore, we do not need to think about wastage at all. Besides, we have been getting a good price for the produce, and our income has gone up.”

SRC Farms is eyeing to gradually increase its production of corn silage, and also aims to expand its range of dairy products to include cheese and curd.