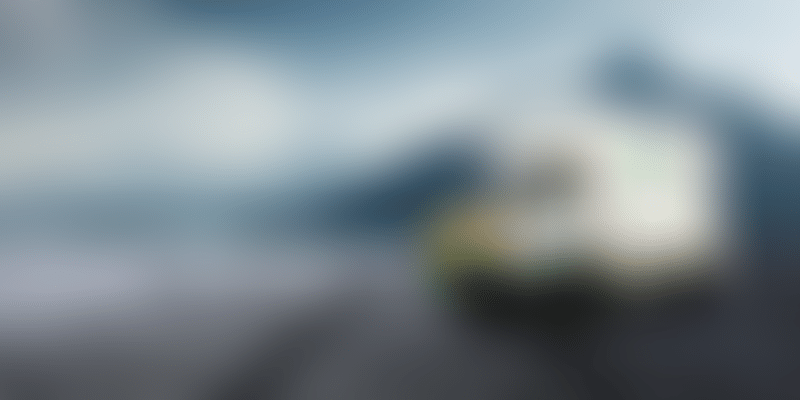 In September 2019, millions of young people across the world took to the streets to demand actionable measures to tackle climate change. Led by Swedish environmental activist Greta Thunberg, the movement saw children initiate a series of walkouts from schools to draw the attention of global leaders.

According to NASA, the Earth’s surface temperature in 2019 was the second warmest since modern record-keeping began in 1880. Computations also revealed that the recent five years were the hottest of the last 140 years. Extreme weather changes, drastic surges in sea levels, poor air and water quality, as well as shrinking natural habitats, are the other ill effects of climate change.

One of the main contributors to this dire state is greenhouse gases like carbon dioxide, methane and nitrous oxide, and other fluorinated gases. And, vehicular emissions are known to account for a whopping 40 percent of these gases. Hence, shifting gears to renewable and clean sources of energy is the top agenda for many countries, including India.

Though the Indian government started by prioritising the use of Compressed Natural Gas (CNG) in automobiles during the late 90s, the focus has now been shifted to electric power. It has laid out a target of 30 percent adoption of electric vehicles by 2030. As per a report released by NITI Aayog and Rocky Mountain Institute, about 474 million tonnes of oil equivalent (Mtoe) and 846 million tonnes of carbon dioxide emissions can be saved.

Hyderabad-based startup E-Trio is one of the startups attempting to make this a reality by converting conventional fuel-powered automobiles into electric ones through its retrofitting process. Founded by Sathya Yalamanchili and Deepak MV in 2017, the startup is working towards making vehicles eco-friendly, cost-effective, and efficient.

“With the number of motor vehicles on Indian roads doubling every decade, the level of pollution in the atmosphere is only going to increase. Electric mobility not only helps cut down harmful discharges but also reduces running costs. E-Trio was established with an aim to accelerate the rate of adoption of electric vehicles”, Deepak MV, CEO and Co-founder, E-trio, tells SocialStory.

After graduating from Muffakham Jah College of Engineering and Technology, Sathya went on to pursue an executive management programme from the Harvard Extension School. He then founded a digital marketing firm called Nirvana Labs before sowing the seeds for E-Trio.

Sathya, who was a gear head since his teenage years, was impressed by the burgeoning number of electric vehicles during a visit to China. This pushed him to enter the e-mobility sector.

“Sathya began his journey in 2016 by conducting research and development at his small, rusty garage. After a series of experiments, he was successful in transforming a Maruti Suzuki Alto into an electric car using a set of components. Later, he led the installation of similar electric kits in Swift Dzire and Wagon R too,” says Deepak.

E-Trio was officially registered in 2017 and the very next year, it became certified by the Automotive Research Association of India (ARAI) to convert combustible cars into electric. Deepak MV, an alumnus of IIM-Calcutta, who was one of Sathya's close friends was working with him as a consultant since the initial phase of the startup.

However, in 2019, Deepak took over the mantle and began heading the operations of E-Trio. Sathya, on the other hand, continued to be associated with the startup at the board level and as an advisor.

In the last three years, the startup has installed its electric kits in more than 50 vehicles across five cities in India. By doing so, it has averted the release of 19,800 kilograms of carbon into the environment, considering each of them traverses approximately 3,000 km a month.

Accelerating the growth of e-mobility

“Not a lot of players had looked at powering cargo fleets, mini-trucks, and other commercial vehicles with electricity. Hence, we thought of giving a new lease of life to these vehicles by retrofitting them with electric kits. During the course of our research, we also understood ita benefit for the drivers and owners,” notes Deepak.

Since Tata Ace is one of the leading electric light commercial vehicles (eLCV) under the two-tonne category with over 20 lakh of them on Indian roads, E-Trio directed its efforts specifically towards retrofitting for it.

The startup designs and assembles the electric kit in its 30,000 sq ft facility in Hyderabad. It follows a 150-point checklist while doing so – right from figuring out the right fit based on the vehicle chassis, cabin and other parts, removing some components in the internal combustion engine to finally putting together the motor, controller, battery, eAxle, and wiring harness as part of the retrofitment.

“E-Trio’s retrofitment for eLCVs is priced at Rs 7.5 lakh (on road) and comes with a 20-kWh lithium-ion battery on a 96 V system and has a certified range of 120 km. The vehicle with a rated motor power of 15 kW delivers a torque 120 Nm and can overcome a gradient of 7 degrees.”

Once it finalises the design, the startup sources electrical and mechanical components from its network of automobile vendors and suppliers, located both within the country and abroad.

Besides installing the electric kit, E-Trio also offers a telematics system, which includes a device and a mobile application. This tool enables vehicle owners or operators to keep track of metrics like mileage, battery charge, distance covered, and driver scorecards.

At present, the startup is prioritising B2B sales and is working to transform vehicles managed by fleet operators, logistics players, and ecommerce companies. Some of its customers include Amazon, Bigbasket, IKEA, Flipkart, Delhivery, and LetsTransport.

“Once the retrofitment is complete, we also train the drivers, operators, and supervisors to run and handle the vehicle. We have set up after-sales service workshops in metro cities such as Hyderabad, Delhi, and Bengaluru for now. But we have plans to expand to other places too,” quips Deepak.

E-Trio was initially bootstrapped. However, much later, when Sathya became a serial investor himself, invested $ two million in the startup along with a few angel investors in 2018.

A cleaner and greener future

E-mobility is crucial to combat climate change and set the stage for a healthier planet. One of the major advantages of using an electric vehicle is that they produce minimal tailpipe and greenhouse gases. This allows air quality to improve drastically and enables people to breathe clean air.

In addition to this, e-mobility has a positive impact on the livelihoods of drivers and fleet operators.

Most of the fuel-powered commercial vehicles available in the market today are priced between Rs 3.75 to 4 lakh and the price of the premium ones are even higher. Though retrofitted electric vehicles come with a higher price tag, the overall cost of their ownership, as well as maintenance, is reasonable.

Reiterating this, Deepak says, “With diesel prices mostly on the rise, commercial vehicles that ply intra-city cover about 150 km a day spend a lot on fuel. If the same vehicles are electrified, for every km they run, at least Rs 4 can be saved. Therefore, at the end of a vehicle's lifecycle, around Rs 2 lakh can be saved.”

Mukta Limaye, Head of Engineering Innovations at Delhivery, is positive about electrifying its fleet with the startup’s retrofitment.

“Delhivery has been using E-Trio’s electric cargo vehicles for months now. Its electric Tata Ace will be key to realise our vision of fleet electrification in the mid mile. The startup has gone beyond and worked on a fully-packaged solution, including driver training and guidance on setting up charging infrastructure,” he says.

E-Trio is planning to retrofit its electric kits in another 1,500 Tata Ace vehicles this year. Besides this, it is also looking to scale up as an original equipment manufacturer (OEM) in the electric vehicle space with the launch of electric autos and bikes.

World NGO Day: These NGOs are aiding military veterans and their families

How Artificial Intelligence will reduce risk for vulnerable communities

World NGO Day: These NGOs are aiding military veterans and their families

From rescuing stray animals to creating a Maths Lab, the top Social Stories of the week