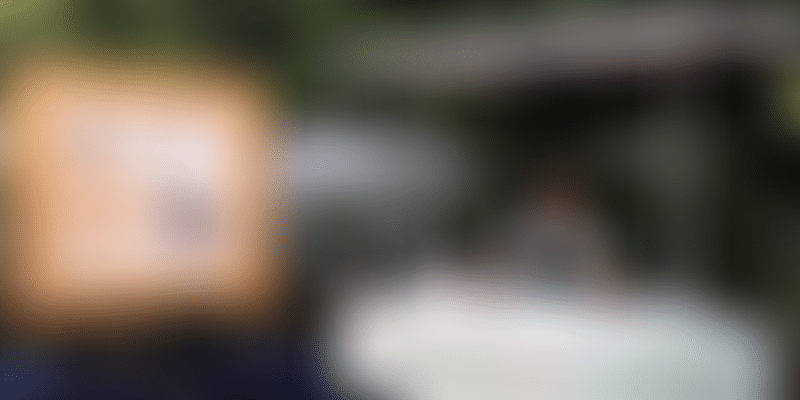 We all know that ironed clothes make people look smart and trim. Whether it is running to the professional round the corner to even out the creases or doing it with an electric iron at home, it is a task that is crucial to look presentable.

Have you ever thought about what happens to all the coal that is used in a steam iron?

Fourteen-year-old Vinisha Umashankar not only pondered on it, but also designed a mobile ironing cart using solar panels to power the iron box rather than using conventional charcoal. A class IX student of a private school in Tiruvannamalai, she won the prestigious Children's Climate Prize for this innovation.

Vinisha is all set to receive a cash prize of 1,00,000 Swedish krona (Rs 8.64 lakh approximately), a medal from the Sweden-based Children's Climate Foundation in the presence of Isabella Lövin, the Swedish Minister for Environment and Climate as well as the Deputy Prime Minister.

The recognition is part of the fifth edition of the Children's Climate Prize - one of the world's largest international climate awards for young trailblazers.

“The street where I live has an ironing cart and the man uses charcoal to heat the heavy cast-iron box for ironing. His wife also irons clothes. She has ironed my clothes several times. After ironing, the burnt charcoal is spread on the ground to cool and later thrown away along with garbage. This really made me think about the number of ironing carts in India, the amount of charcoal burnt and the damage it does to Mother Nature. So, I researched for a viable solution and found that using solar power can effectively substitute the use of charcoal to heat an iron box,” Vinisha told The New Indian Express.

According to estimates, there may be 10 million ironing carts in India and each burn about over five kilograms of charcoal on a daily basis. Vinisha was really concerned about the damage being caused by this to the environment at large. Hence, she devised a mobile ironing cart with solar panels in its roof – all of which is connected to a 100 Ah battery.

On a sunny day, the panels can generate 250 watts of power per hour. So, five hours of sunshine is sufficient to fully charge the battery (1200 watts) to keep the steam iron going for six hours.

“For additional income, the cart can be fitted with a coin-operated GSM PCO, USB charging points, and mobile recharging,” adds Vinisha.

Vinisha has been shortlisted for the Prime Minister of India’s Rashtriya Bal Shakti Puraskar 2021, the highest civilian award in India for students under the age of 18, for her endeavour. The 14-year-old who took two months to ideate and build the prototype is now waiting for a patent for her inventions.

These social workers are the recipients of Padma Awards in 2021

These social workers are the recipients of Padma Awards in 2021