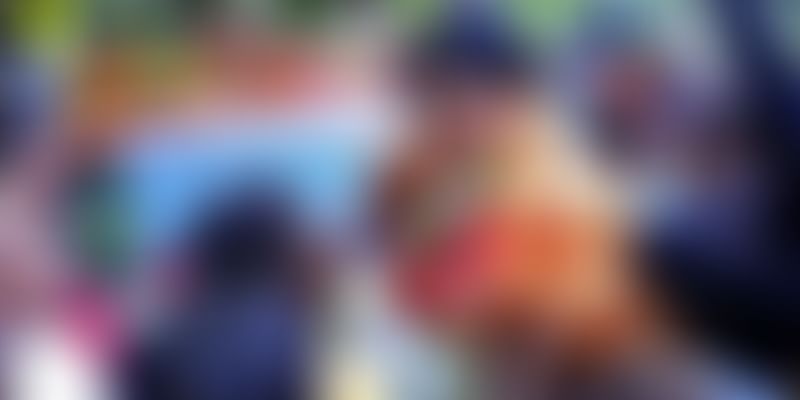 Amidst a nationwide lockdown induced by the COVID-19 pandemic, reel-life villain Sonu Sood took on the role of a real-life hero. After helping thousands of migrant workers and underprivileged workers reach their hometowns and villages, the humanitarian doesn’t plan to stop. In fact, through his work, he is inspiring many to help others as well.

Taking inspiration from the actor’s act of kindness, Hyderabad resident Shiva has launched a free ambulance service under Sonu Sood’s name. Moreover, the actor, too, was present at the inauguration of his ambulance service.

"I feel privileged that I came for this ambulance inauguration. All thanks to Shiva. I have heard a lot about him that he has been saving lives and helping people, and we need more Shivas (like him) in our society. So, everyone should come forward and help others," Sonu Sood told reporters, according to Indulge Express.

“People like Shiva inspire others, and they inspire society. It feels happy that this (ambulance service) will also help a lot of needy people and help save many lives,” Sonu added.

Here are the top 10 initiatives by humanitarian, actor, and hero Sonu Sood in 2020

Speaking to Telangana Today, Shiva said, “I named the ambulance as Sonu Sood Ambulance Service because I was inspired by his good work.”

Shiva is also known for rescuing people drowning in the Hussainsagar Lake. So far, he has rescued over 100 people, multiple media reports suggest. He is also known as the ‘Tank Bund Shiva,’ following his efforts to rescue people who attempt suicide by drowning in the famed lake. He was inspired to do this after his brother drowned to death in another lake.

In fact, he has been helping local police officials to retrieve the bodies from these lakes.

Inspired by his endeavours, several people started donating him for his causes. With that money, Shiva decided to buy an ambulance for free service. The ambulance can be reached with the help of a toll-free number.