How SHGs are powering rural economies and making women independent 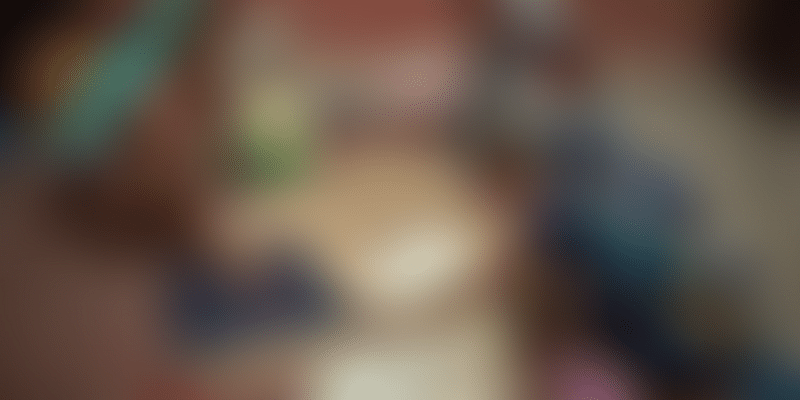 The Self Help Groups of India are among the unsung heroes of the pandemic. Read how they are empowering women and communities in rural India.

In 1971, a small group of women, who made a living transporting bolts of cloth on pushcarts in Ahmedabad’s bustling textile market, approached the Women’s Wing of the Textile Labour Association (TLA).

Their complaint was that the wages being paid to them by the cloth merchants was a pittance. Many were forced to live on the street as they could not even afford a single room to live in with their families. Even worse than the cart-pullers was the fate of those who ferried bolts of cloth on their heads and backs.

How ‘Kisan Chachi’ from Muzaffarpur empowered over 300 rural women to take up farming, and lead an independent life

The then head of TLA, Ela Bhatt, wrote an article in the newspaper, demanding fair wages thereby sparking a chain of events that led to the formation of the Self Employed Women’s Association (SEWA).  SEWA was formally recognised as a trade union in April of 1972 when the women presented before the Labour Department, which had initially to recognise their status, that SEWA did not need an employer to justify its existence as a union.

SEWA is considered a pioneer for the Self Help Groups (SHGs) movement in India. SHGs are small groups of women from marginalised communities that operate on the tenets of mobilising, organising, self-help, and mutual interest. The SHG model has also taken root in emerging countries around the world.

These organisations have played a key role in the fight against COVID-19.  According to an April 2020 report by the Ministry of Rural Development, 14, 522 SHGs comprising 65,936 members from 24 states of India made over 132 lakh masks in just 15 days. They have also contributed to the manufacture of sanitisers and protective gear for the health sector. They have also offered support to the care of the elderly population and created awareness in the local communities by means such as telephone calls, wall writings, pamphlets, social media, etc.

However, at their core, they serve the financial needs of some of India’s most vulnerable and underserved. According to a report by the National Bank for Agriculture and Rural Development (NABARD), as of March 31, 2019, there were almost one crore SHGs in India covering 12 crore families.

Here are some of the key functions SHGs perform:

Inculcate a habit of savings and investment

All members must regularly save a small amount of money, which is put into a joint account with other members of the group. Loans to members are given out of these joint savings. The loans are always collateral-free and the terms of the loan are decided by the members of the SHG. The remaining funds stay in the account and earn interest. According to several studies, there are no recorded incidents of members defaulting on their loans.

In India, very few farmers have access to banking and credit. The informal credit system of the SHGs gives them access to loans that can be availed with collateral and paid back on terms that are mutually agreed upon.

Easier access to loans creates opportunities for more micro-entrepreneurship in villages and underserved areas. This opens up newer streams of revenue thereby reducing the dependence on agriculture as the only source of income.

While there are several government schemes that are targeted at the weaker sections of society, many people are unaware of them and how to access them. With the creation of these groups, state livelihood missions are able to identify who needs help, removing the dependence on touts and agents.

Makes women independent and gives them a platform

SHGs make their members financially independent and allow them to have a greater voice in decisions at home. Many also have an active voice in grassroots politics and administration. SHGs have also been known to take an active role in campaigning against alcoholism, drug addiction, gambling, etc. in their locality.