How ‘Kisan Chachi’ from Muzaffarpur empowered over 300 rural women to take up farming, and lead an independent life

Rajkumari Devi has been a role model for many women to take up farming, for which she was awarded the Padma Shri this year.

For many decades, women in most parts of rural India have led a confined life. Even today, women in many villages across the country cannot step out of the house alone, and hence leading an independent life has been a far cry for them.

In this scenario, 58-year-old Rajkumari Devi from Muzaffarpur district in Bihar has managed to break stereotypes, and help others like her to do so too. She has empowered women from her village as well as from nearby areas to take up farming to become independent.

Popularly known as Kisan Chachi, Rajkumari has been a role model for over 300 women farmers by helping them grow vegetables, fruits, and grains.

Recognising her contribution to the society, she was recently awarded the Padma Shri, the fourth highest civilian award, by the President of India.

While her achievement is remarkable, Rajkumari Devi's story also proves to be an inspiration to many women across India.

After getting married to Avdesh Kumar Choudhary in 1974, Rajkumari Devi had three children. Married into a joint family, her life revolved around taking care of her family and in-laws. She was barred from stepping out of the home, even to the nearby market.

After a few years of marriage, Avdesh’s family divided, and he inherited two-and-a-half acres of land from his family, which was into tobacco farming. Growing tobacco wasn’t generating enough revenue for Avdesh’s family of five, reports Dainik Bhaskar.

In order to earn an alternative income, Rajkumari took the matter into her hands and went on to learn farming in Dr Rajendra Prasad Central Agricultural University.

After acquiring farming skills and knowledge, Rajkumari started cultivating vegetables, fruits, trees, and shrubs on her land. Unlike other farmers who sell their vegetables to the market directly, Rajkumari saw an opportunity here to start a business of her own.

Making use of her skills, she used her farm-grown vegetables and fruits to make homemade pickles, jellies, and, jams. In a short span of time, her products became popular and she started selling them in the local market. Now, Rajkumari has 23 varieties of jams and pickles, which are also sold in metros like Mumbai and Delhi.

However, Rajkumari didn’t keep her skills and knowledge to herself. She encouraged other women to take up farming.

This is not only for me. I support all the women fully so that they can flourish, build their future, and be recognised in the society.

As sales picked up and her business grew, Rajkumari would cycle from one village to another to meet women and spread the word, which earned her the name ‘Cycle Chachi’, reports Efforts For Good.

Once ignored by her community, now she earned their respect for uplifting the lives of women. Under her guidance, nearly 300 women formed self-help groups (SHG) under the Swarna Jayanti Rojgar Yojana.

Later, in 2006, Rajkumari was awarded the ‘Kisan Shri Award’ and a cash prize of Rs 1 lakh by the Bihar State government. In 2013, Narendra Modi, the then Chief Minister of Gujarat, noticed her achievement, and invited her to participate in the handicraft and cottage industries fair in Ahmedabad. 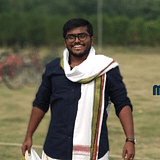 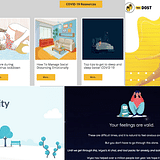 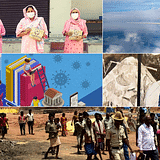