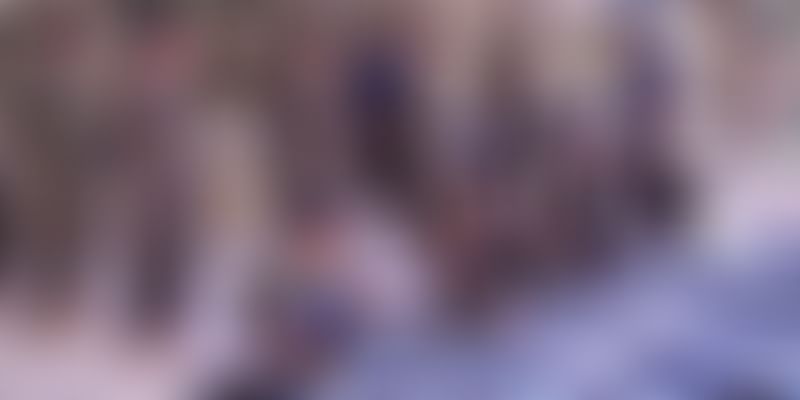 At first glance, it may seem like any other day at boot camp, with cadets undergoing rigorous training for 12 hours a day as they learn to handle grenades, shoot, rappel down rocks and walk across ropes. Look closer and you will notice that the 17 new recruits are girls who have enlisted from villages across Karnataka to form the state’s first batch of the all-woman Garuda commandos in the state’s police department.

Speaking to The New Indian Express, Madhura Veena, the only woman Superintendant of Police in the Centre for Counter-Terrorism, of the Internal Security Division (ISD) said,

“They will form the first all-woman commando team and are undergoing training to handle any kind of terror attack or save victims of such attacks.” After two months of training, they will have to write an examination, after which they will be inducted into the team.

Garuda is the state’s special operational team and anti-terror force formed in 2010. This is the first time that the department will be training 50 women to join the force.

Additional Director General of Police (ISD) Bhaskar Rao tweeted his appreciation for these young women, many of whom come from lower-income families with humble backgrounds, but with enough grit to be trained into commandos with special counter-terrorism skills such as handling weapons, improvised explosive devices, explosives, ropework and communication, CAD (computer-aided design) and navigation, medical first aid and PIN (planning, intelligence, and negotiation), etc.

According to The Logical Indian, The Response Counter Terrorism Team will be based in Bengaluru and can reach any part of the city in 30 minutes. The commandos will be deployed in areas with a high concentration of IT-BT companies, besides sensitive areas, including coastal Karnataka. However, while some are keen to see the course through, some are finding it a challenge.

Umashree, 26, a constable with Karnataka State Industrial Security Force, added, “I was among the first two women who began training two months ago with men for the same force. In an emergency, it doesn’t matter if you are a man or a woman.

You have to have grit, focus, and physical strength to bear all this. We motivate women who come for training.”

Another trainee Rizwana agrees saying that though her parents work as farmers in a village in Kalaburagi, she had always dreamt of joining the police force and is fascinated by the stars on the uniform. “I will make it big here, I know. I will continue with training,” she says.