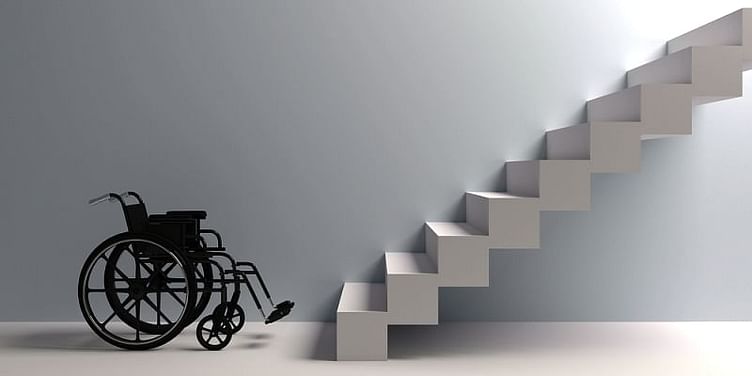 In the last few years, India has seen a major mobile revolution. From shopping, buying groceries, to banking, consuming content, keeping in touch with loved ones, and even seeking medical help and education — the internet seems to have democratised access to all kinds of services for Indians in urban and rural areas alike.

“When was the last time any of us went to a bank or thought twice about ordering something online?” asks Prateek Madhav, Co-founder and CEO of AssisTech Foundation (ATF), a comprehensive assistive technology initiative that is nurturing innovators and startups building technologies to solve everyday challenges for over one billion disabled people across the globe.

When Prateek moved back to India from the US in 2009, he began volunteering with organisations that work with people with disabilities in his free time.

“I realised that the solutions being developed to support them were still very traditional. For people with disabilities, we are still living in the 14th century and not in the 21st century. That is really sad because the market is pretty large. There are more than a billion people with disabilities across the world, which amounts to 15 percent of the global population,” says Prateek.

While working with disability-focused organisations, he realised that there was an urgent need for inclusive technology that would help people with disabilities. “The brilliant thing about technology is that, unlike people, it doesn't discriminate,” he says.

How access to ICT for the disabled can transform their lives

Building a community of innovators

In 2019, Prateek founded ATF and has been supporting startups that are working to improve the lives of people with disabilities through assistive technology. The Bengaluru-based organisation has achieved significant impact in just two years.

“We have a community of 350 startups, our acceleration programme’s cohort is working closely with 21 of them. These startups have produced over 50 assistive technology products across visual, speech and hearing, and physical and intellectual disability, generating 19 patents,” he says.

Some of the key startups ATF has worked with include Eye-D, Tactopus, Cogniable, Trestle Labs, and  Avaz App.

Its annual flagship event — Assistive Technology Conclave — brings together different stakeholders in the country’s assistive technology ecosystem onto a single platform to enable dialogue and collaboration. As a partnership-driven organisation, ATF works with investors, corporates, government, educational institutions, NGOs, and people with disabilities.

Since its inception, ATF has positively impacted the lives of 2.3 lakh people with disabilities.

He then realised that there was no innovation ecosystem to develop assistive technologies and that is what led him to build ATF.

Prateek believes that a lot needs to be done at the basic level. “Accessibility is so much more than building ramps. Look at some of the lifts in buildings. They have all this fancy touch tech, but that is horrible for a visually impaired person. Even washrooms are not accessible to most people with disabilities. However, there is inaccessibility that goes beyond infrastructural,” he says.

[Techie Tuesday] Meet Prashant Gade, the assistive-tech inventor whose life’s purpose is to leave no person with disability behind

However, he believes there is a silver lining, and adds, “India is poised to become probably the world's best assistive technology ecosystem. Over 70 percent of people with disabilities live in rural India. The technology we are developing in the country scores on two fronts – accessibility in their language and affordability.”

He mentions Eye-D, a Chennai-based startup, which is building technology to help people with visual disabilities navigate without getting lost. They also have a PDF reader that caters to all Indian languages.

“In fact, this app is being developed and available in 12 to 14 foreign languages and they have 70,000 users in India and abroad. Innovators in India are also familiar with the disability landscape in terms of affordability so all the innovation we are talking about at ATF is very frugal,” he says.

Prateek says that the innovation ecosystem around assistive tech has been very fragmented.

“While innovation was happening in universities and colleges, it was not getting commercialised. ATF  is building that ecosystem where we work with several stakeholders. First, is the community itself, where people with disabilities can test and validate the product. The second is the whole innovation ecosystem, where we work closely with the startups. The third is corporate and this goes beyond the CSR initiatives."

While ATF is a non-profit, the startups it is working with are for-profit companies, and in partnerships with companies like Microsoft India, it is building tech mentorships and venture capital interest.

The organisation is also working with the disability departments of state governments to make assistive tech a part of their startup missions.

Finally, Prateek believes that assistive technology needs a lot more investment. “This is a field that has traditionally been viewed through the lens of charity. But the returns on this are 1:9, which is phenomenal, but the waiting time is more. It doesn't need venture capital; it needs patient capital from purpose-driven organisations, “ he says.

Senior care in India: what’s changed in the last year?