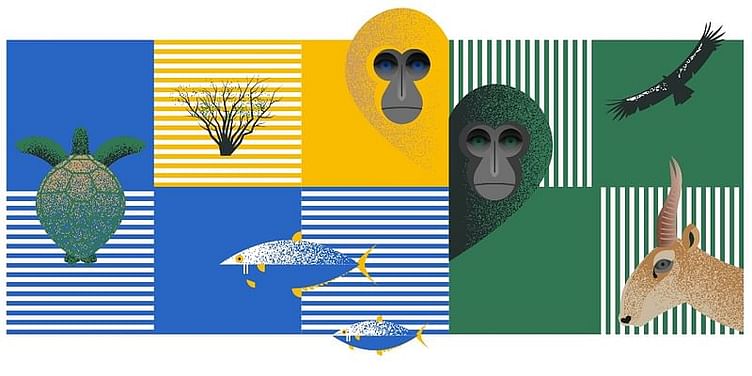 The Mumbai-Nagpur Expressway, also known as the Balasaheb Thackeray Samruddhi Mahamarg, will now have the country’s first highway for wild animals.

The Mumbai-Nagpur Expressway, also known as the Balasaheb Thackeray Samruddhi Mahamarg, will have the country’s first highway for wild animals.

Built by the Maharashtra government, it has nine green overpasses and 17 underpasses to be used by animals. It will also comprise a leopard-proof fencing so that the wild animal does not enter the 701-km long vehicular expressway, where vehicles will move at 150 kilometres per hour.

According to a report in The Logical Indian, Kishor Rithe, an engineer with Satpuda Foundation, said, the whole structure is designed to benefit wild animals, including small animals like cats and reptiles.

“It is true that so many green bridges would be a new development and will help wildlife movement immensely. At a time when tigers hog all the limelight, we thought of chinkaras too, and in the dry land habitats, three overpasses of 32, 45, and 60-metre-width and 120-metre-long overpasses will be built. In the eco-sensitive zone (ESZ) of Katepurna sanctuary, one 16-metre-wide 120-meter-long eco-bridge will be constructed,” said Rithe.

Under a Delhi flyover, Van Phool School is changing the lives of young children

These eco-bridges are being built in the eco-sensitive zones (ESZ) of wildlife sanctuaries through which the Samruddhi Expressway passes. Previously, long underpasses were constructed on NH7’s Pench-Kanha corridor between Nagapur and Jabalpur.

Of the 701km, 117 km passes through wildlife habitats, tiger corridors, and eco-sensitive zone (ESZ) in Tansa, in the Harish Chandragadh sanctuary, Katepurna, and Karanja Sohol.

A report by the Satpuda Foundation says, this made the forest department insist on mitigation steps to prevent animal deaths in road hits.

While the expressway was being built, several hillocks, which were in the path of the animals, had to be levelled, building tracks exclusively for the animals is a welcome step.