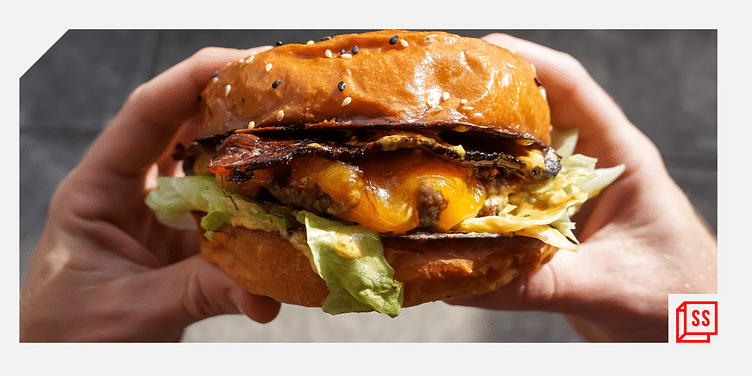 The importance of a healthy lifestyle with focus on diet and exercise needs to be reinforced.

Emotional eating is seen fairly commonly in all ages. It happens when one eats because of stress, low mood or sadness; eating becomes a distraction and a means to alleviate stress temporarily. This can affect the health adversely as the foods preferred for such emotional eating are usually rich in calories, with

This can predispose the person to develop diabetes, hypertension, high cholesterol and heart disease. Moreover, such emotional binge-eating episodes are often followed by feelings of guilt which

further potentiates stress and depression. Emotional eating in young fathers or men who have recently become fathers is not talked about much.

There are several stressors which a young father has to face. The birth of a child is a huge responsibility along with all the joy it surely brings. There is a new role in which the man finds himself in. Traditional gender stereotypes of masculinity come into play and a young father is suddenly expected to behave in a more mature and responsible manner. Most men see themselves as ‘providers’ and this increases the stress when a baby is born.

Most men are not fully settled in careers when they become fathers and are still taking early steps toward success. Often, they are financially insecure and the baby’s birth adds significantly to the expenses, something they are not used to. The problems become even more pronounced if a man becomes a father at a relatively young age.

Added to this is the time and effort required to bring up the infant. Sleep and meals often get disrupted leading to fatigue, irritability and poor productivity at work. Bringing up a child is becoming more challenging with most urban families being nuclear and young parents having to deal with all the issues and anxieties on their own.

Traditional gender roles compound the stress as a man is not supposed to be seen as ‘weak’ or ‘vulnerable’. The focus at this time is on the health of the young mother and child, leaving the father’s health as an unimportant factor.

These factors can lead to considerable stress in young fathers and without much social support, it manifests as behavioural problems like irritability, substance abuse and emotional eating. As discussed above, this puts the health at risk and can have adverse consequences, not only in short term, but also several years later.

There is an urgent need to acknowledge these issues and highlight them in media and in social groups. Young men who are going to become fathers need counselling in terms of parenting skills and the challenges which the birth of a child brings. The importance of a healthy lifestyle with a focus on diet and exercise needs to be reinforced.

Despite the change that a child brings to the household, there should be an attempt to have some consistency in terms of daily routine and meals. Young fathers who are under stress and are indulging in emotional eating should be encouraged to seek professional counselling in order to overcome these behavioural issues.