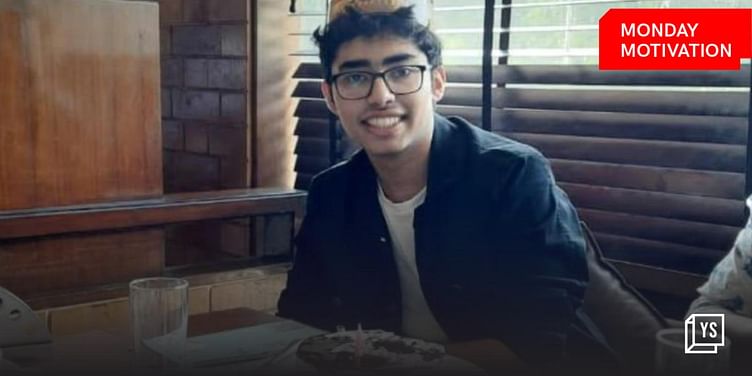 Manan Khanna, a student of DPS, Delhi developed DEassy—an app to help the underprivileged by making donating a comfortable experience for donors.

For 17-year-old Manan Khanna, the look of happiness in the eyes of the underprivileged makes his day. From a very young age, he has been involved in multiple social missions—be it helping the needy, organising and supporting food ration drives, or cleaning the neighbourhood.

Passionate about social service, he noticed how many things that were wasted and thrown away could be easily reused. People who want to donate often either did not have time or had access to a proper platform through which they could help the needy.

“Waste for one is gold for another. I wanted to make the gold available to those who needed it. So I decided to put my passion for computer engineering and technology to good use,” Manan tells SocialStory.

India has a wealth gap that is among the widest in the world, with the top 10% of Indians earning equal to the bottom 64% (Periodic Labour Force Survey, 2019-20). Manan considers his duty to help those who are victims of such an unfair distribution of resources. This led to the birth of ﻿DEasyy﻿—an AI/ML and video-based mobile application that serves as a donation for social causes.

After doing some ground research, Manan wrote and published a research paper on IEEE Xplore platform on how the whole donation system works and the idea of DEasyy.

“After the research paper, I got positive responses, and many suggested implementing it and further developing a project. So, with the help of parents, I reached out to industry mentors and social experts. They mentored me through it and I made a team of my friends and experts as I couldn't do it on my own due to my studies and exams,” Manan explains.

A student of Delhi Public School, RK Puram, Delhi, he has been working on this initiative with his team for the last one-and-a-half years. He conducted a few pilot deployments at various places in Gurugram with reference NGOs before launching officially in February 2022.

He also received funding from an MNC (he does not wish to disclose details).

DEassy has onboarded three NGO partners so far. However, Manan tells that it was not easy at first to convince them to change their traditional methods and adapt to newer ways of collecting donations.

The DEasyy App is now available on Google Play Store and Apple App Store for donors and NGOs to use.

Manan’s vision for DEasyy is to enable donors to help the underprivileged by making donating a comfortable experience with an audio/video-based transparent system and doorstep pickups.

The app’s key objective is to seamlessly connect mass donors (individual donors or restaurants/stores/groups) with operating social NGOs or institutions.

Another key feature is SOS (emergency alert). If any poor person or family needs urgent help in terms of expensive medicines, blood, etc, DEeasyy can be used by recipient point-of-contacts (PoCs) to trigger SOS which will be received by all people registered to this platform to offer help immediately.

On the application, donors can select from a variety of products from different categories they wish to donate. Each of the items comes with relevant information and a video or image. The donor can choose the day and time for the NGO PoCs to pick up the donations from their house. The app's ML-based engine provides offers simple, minimum, and nearly zero contact communication.

PoCs from organisations and non-profits can register and authenticate themselves through the application. The donating items are picked up by PoC and delivered to the recipients from the donors' homes.

To gain donor trust, the app ensures transparency in the end-to-end donation process as PoCs have to upload a picture or video of the donations on the app while delivering, which is alerted to donors.

So far, over 422 donations (including five bulk/group donations from restaurant partnerships) have been done through the DEasyy app. This has benefitted around 1,500 people in and around Gurugram’s slum and village clusters.

According to Manan, the NGO has received the maximum donations in the form of rationed food. Other donations include clothes, footwear, furniture, toys, and birthday celebrations. The team has a strict policy to not accept direct cash from donors.

DEasyy is a non-profit initiative and is currently being funded by investment. However, Manan and his team are working on a model to bring returns to its investors in the future as the team plans to expand beyond Delhi-NCR, and associate with more NGO partners from across India.