I admire Sridhar Vembu the most: Abhimanyu Saxena of Scaler 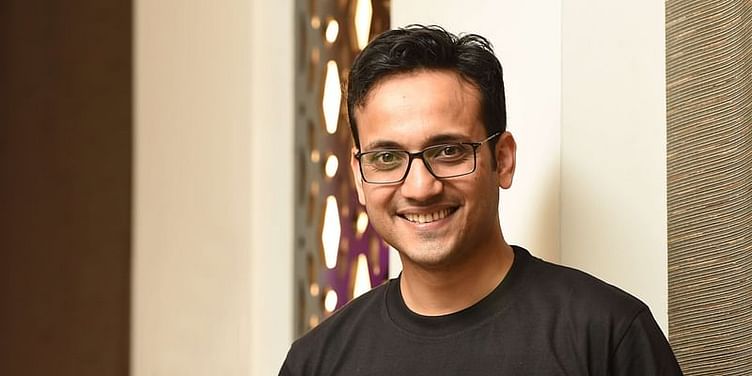 An alumnus of IIIT Hyderabad, Abhimanyu Saxena is the co-founder at ﻿InterviewBit﻿and ﻿Scaler Academy﻿.

In 2010, Abhimanyu joined Progress Software as a programmer, building scalability solutions for the research labs and the largest airlines of the world. Post which, he moved to Fab.com in New York.

During his stints at Progress Software and Fab.com, Abhimanyu experienced a scarcity of skilled tech talent owing to the considerable gap that exists between the university curriculum and the skills that are required to succeed as a software engineer. This led him to join hands with his college friend Anshuman Singh and launch InterviewBit in 2015. InterviewBit is an online interview prep platform for tech job aspirants.

In 2019, he co-founded Scaler along with Anshuman. It is an upskilling platform for students and working professionals. Scaler is backed by marquee investors like ﻿Sequoia Capital India﻿, ﻿Tiger Global Management﻿, Global Founders Capital and Rocket Internet along with several high-profile individual investors.

Recently, YS Weekender caught up with Abhimanyu to ask him questions from the Proust Questionnaire. The Proust Questionnaire is about one’s personality. It has its origins in a parlour game popularised by Marcel Proust, the French essayist, who believed that in answering these questions, an individual reveals his or her true nature.

Abhimanyi Saxena (AS): Being able to create an impact which leaves the world a much better place than how we found it.

AS: Can’t think of any, candidly.

YSW: What is the trait you most deplore in yourself?

AS: Not being able to stick to my fitness routine.

AS: Lack of punctuality.

To have a notion of perfect happiness is living in unhappiness: Joji George, Co-founder of GoNuts

AS: Getting a robo vacuum cleaner during the pandemic.

AS: Nothing, I rarely see mirrors, so not very well aware.

AS: None, life is too short to despise anyone.

AS: Integrity and hard work.

YSW: What is the quality you most like in a woman?

AS: It’s the same :) Integrity and hard work.

AS: Family and friends.

AS: Flying a plane.

AS: Be more disciplined.

AS: My book collection

AS: Not having people close to you around.

AS: Paul Graham and Fyodor Dostoevsky.

YSW: Which historical figure do you most identify with?

AS: At peace, doing something I love doing.

AS: Road trip to Hampi, have done it multiple times

AS: Leave the world a better place.

Normalising love: This Instagram page run by 3 journalists is helping people look beyond the shackles of faith and tradition