To have a notion of perfect happiness is living in unhappiness: Joji George, Co-founder of GoNuts 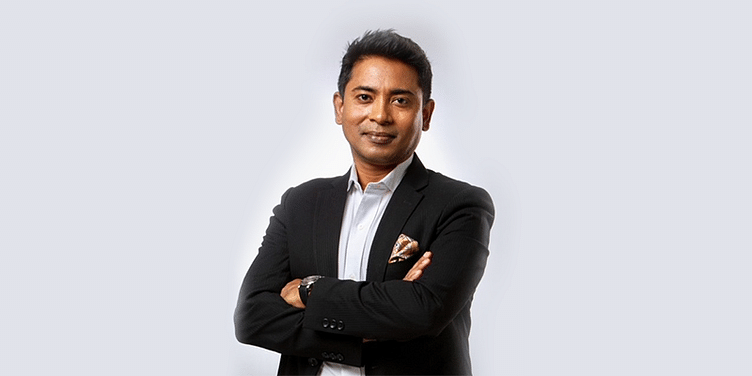 Joji George is the Co-founder of GoNuts, a startup that provides pipeline between celebrities and their fans through authentic and personalised experiences.

Joji George is the Co-founder of ﻿GoNuts ﻿, an influencer marketing and celebrity shoutout platform. The Mumbai-based startup provides pipeline between celebrities and their fans through authentic and personalised experiences.

An alumnus of The Wharton School and The University of Chicago Booth School of Business, Joji been in the media and entertainment sector for more than two decades. He has earlier served as the Vice President and General Manager of World Wrestling Entertainment (WWE) in India and Manager Director of UBM India, before taking the entrepreneurial plunge.

Recently, YS Weekender caught up with Joji to ask him questions from the Proust Questionnaire.

The Proust Questionnaire is about one’s personality. It has its origins in a parlour game popularised by Marcel Proust, the French essayist, who believed that, in answering these questions, an individual reveals his or her true nature.

JG: Fear of being fearful about what you have no control over your life.

YSW: What is the trait you most deplore in yourself?

JG: The trait I am working on is my impatience to accept the status quo and to get things done immediately.

JG: My mother and my wife. Two strong women who live life on their terms and everyday exhibit a life of purpose.

JG: If it helps uplift a person and not crush their spirit.

JG: There are a whole bunch in the political sector. Naming them would take some time.

YSW: What is the quality you most like in a woman?

JG: We always see the glamourise life of people and not their burdens. I would love to come back as me minus some of those burdens and with some learnings of the past.

JG: My paintings and antiques.

JG: When you only see the negative side of everything.

JG: My favourite occupation would have been to be a Musician.

JG: Loyalty and the ability to laugh at oneself.

YSW: Which historical figure do you most identify with?

JG: I guess it would be gifted people like Kishore Kumar (for being such an incredible singer without formal training), Steve Jobs (for beating the odds) and my father (for raising us to listen to our inner voice).

YSW: What is your favourite name?

YSW: What is it that you most dislike?

JG: My trip to Prague and Eastern Europe.