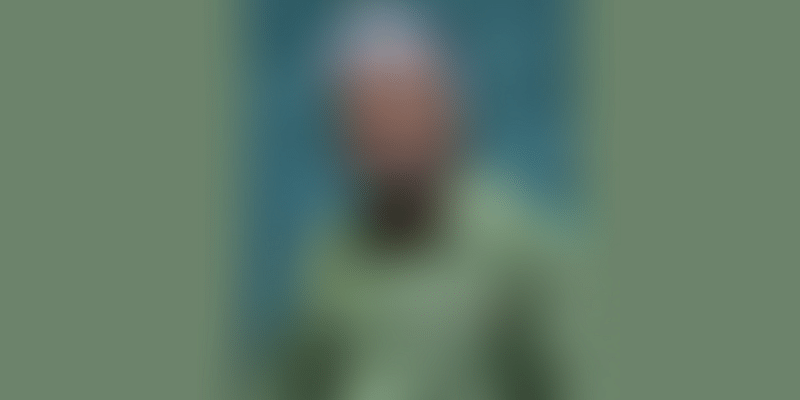 Author Perumal Murugan’s life and work has been steeped in greatness and controversy. He tells YSWeekender about his new release, Estuary, while translator Nandini Krishnan explains how important it is to retain the essence of the original.

In 2015, after protests against his book, Madhurobagan (translated as One Part Woman in English) erupted, popular Tamil author, Perumal Murugan announced he was giving up writing. He wrote on his Facebook page, “Perumal Murugan, the writer is dead. As he is not God, he is not going to resurrect himself, he also has no faith in rebirth. An ordinary teacher, he will live as P Murugan. Leave him alone.”

However, after the Madras High Court ruled in his favour, Murugan returned to his literary career with a collection of poetry. The world had not lost the brilliance and the stark reality of his writing, yet.

This year, the author’s Estuary, translated from Tamil by author-translator Nandini Krishnan depicts a complicated relationship between a father and a son in an urban narrative, exploring both ambiguities and interruptions in a tale of isolation.

In a conversation with YS Weekender, Perumal Murugan talks about Estuary, his influences and creative freedom. Nandini Krishnan, the translator of the book tells us about the nuances in translation and working with Murugan on the book.

YSWeekender (YSW): Tell us about this year’s release Estuary. How did the story come about and what was the thought process like?

Perumal Murugan (PM): It is hard to articulate where the seed of any creative work comes from, how it falls, how it grows and blossoms. The origin of a book is quite like the origin of a river. Perhaps the seed for this novel came from my observations of modern life and the problems of my contemporaries, and friends of my own age.

When I started building the novel in my head, I decided I would give myself complete freedom, and that’s how I wrote. The final story is something that lends itself to addition and subtraction - you can embellish it or pare it down. I’ve made it malleable enough for the reader to play with it.

YSW: The story talks about a complicated father-son relationship. Is it, in any way, inspired by real life?

PM: It is real life that gives one the raw material for fiction, isn’t it? The novel has both factual and fictional elements.

YSW: You have also described technology, especially the smartphone as the reason for changing social attitudes. What is your personal take on this?

PM: It is technology that dictates, and shapes our lives today. And that’s how it’s going to be from here on.

All innovations and modifications to our lives are centred on the development of technology, whether they have to do with social attitudes, traditions, or beliefs.

The fact that the smartphone has become a greater necessity than food is evidence of its importance in our lives.

YSW: You have always highlighted the dominant caste system as part of your work. How big are your influences?

PM: It is my desire to portray the life of the common man without bringing caste into the picture. But everywhere one looks, one sees caste and caste-driven mentalities, and so I can’t avoid these influences.

Life, loss, and love: how author Elizabeth Gilbert dances around the great mysteries of the universe

YSW: How did your growing up years influence you as a writer?

PM: The writer hiding inside me instigated me to observe and internalise everything that was going on around me. It is crucial for a writer to observe the nuances of everyday things, things that may strike everyone else as mundane. And this attitude has grown and matured as I have.

YSW: You are also an educationist. What kind of response to issues do you see among the young people of today?

PM: The students I come across are people who are struggling to get through their everyday lives. They don’t have the least interest in societal issues. Their priority is simply running to keep up with life.

YSW: How has the translation of your books helped you reach a wider audience?

PM: Translation has certainly multiplied my readership. When my work travels to another language and therefore another world, the readers of that language can easily delve into my writing. Perhaps the worlds I have created are conducive for tourism with the language as a bridge. This gives me joy, and more importantly, inspires me to write.

YSW: Do you think creative freedom is restricted in India?

YS Weekender (YSW): You are an author of two books. How did the idea for a translation come about?

Nandini Krishnan (NK): I’ve wanted to be an author since I was five years old, but I’ve been a reader since I was three. And I’ve been learning languages passionately over the last decade or two, mainly so that I could read my favourite writers in the original. I’d learnt to read Tamil in kindergarten, so it truly was my second language, and I guess I’ve always wanted to translate from Tamil to English, which is harder than Spanish to English, something I’ve done earlier. It helped that I’m very fond of both Perumal Murugan the writer and Perumal Murugan the person. With Kazhimugam, the story is extremely complex and nuanced. So, it was a personal challenge for me to take it on.

As a writer myself, I felt there were two interesting aspects to becoming a translator - one, I had already seen my name on book covers and I told the publishers that I was happy for them to leave my name out of the cover of Professor Murugan’s book if it would get in the way of the design; I always thought of it as his book, not as a joint venture. And second, when one’s own ego is subdued, what one is left with is a sense of respect for and responsibility to the author. I know how important each word is to the person who wrote it, because I’ve walked a few miles in those shoes too.

YSW: Tell us about the translation process of Estuary. Did you find it difficult to translate the nuances from Tamil to English?

NK: Not really. The book includes a translator’s dedication to my two Tamil teachers from school, Usha Subramanian and Chitra Raghavan — they were so very skilled and caring and passionate about Tamil that they ensured their students developed a feel for the language. Reading and writing became sensory experiences. Thanks to them, it came naturally to me to focus on the sense of each word and each sentence and each paragraph and each chapter in the context of the entire book, and the languages were able to speak to each other.

YSW: Did you work closely with Perumal Murugan during the translation process?

NK: Yes, I did. He was always there when I needed his advice or permission, but more importantly, he was in my head because I’ve read nearly all his novels.

YSW: What were the challenges you faced during translation?

NK: Estuary is a far more complex novel than any other that Perumal Murugan has written, and far more subtle than the sort of literature that sells today. -People are always looking for pamphleteering even in fiction. Caste, great. Corruption, excellent. Rape, yes. Dictatorship, even better. The checkbox theory has never before been applied with more keenness by readers and judges of international prizes alike.

But in this book, the beauty is in the writing — Perumal Murugan has changed the register in which he writes depending on the character in focus; the majority of the book has an undercurrent of frustration and monotonality when the protagonist Kumarasurar is the subject, but at one critical point the lines turn poetic, almost prophetic. I keep getting tagged on Instagram by all these kids who post about books, and I shake my head every time because most of them have missed the essence of Estuary. They write long posts about how the first fifty pages were hard to get “into”, and how they could relate to the parent-child tug-of-war.

That’s the challenge of a book like this - the intelligent reader will find its similarity to A House for Mr Biswas or Death of a Salesman, whereas the people who made grammar unfashionable, or for that matter the people who made A Fine Balance the definitive book on India, will only see the superficialities.

I was writing for the intelligent reader, and so I had to make sure every word - and crucially, the tone, which swings between resignation and ecstasy - was not just translated, but transmitted. 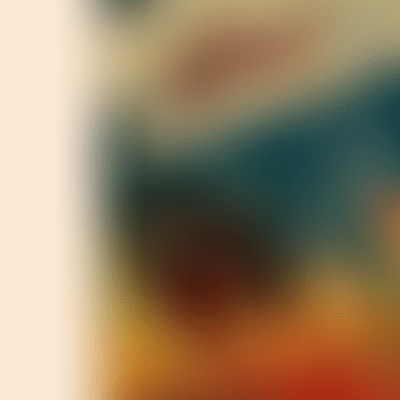 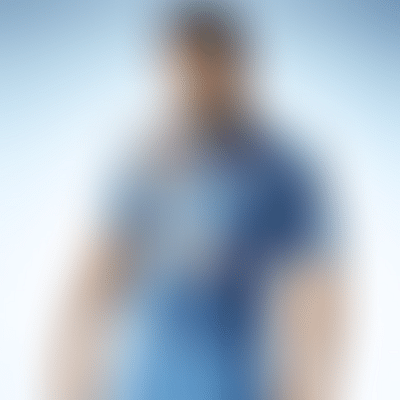 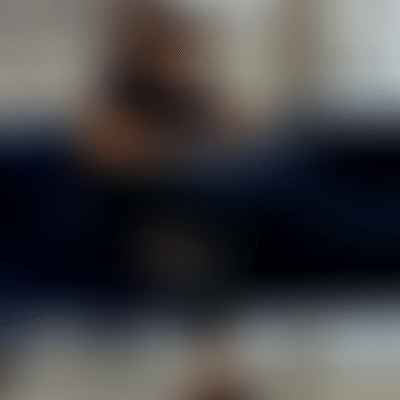 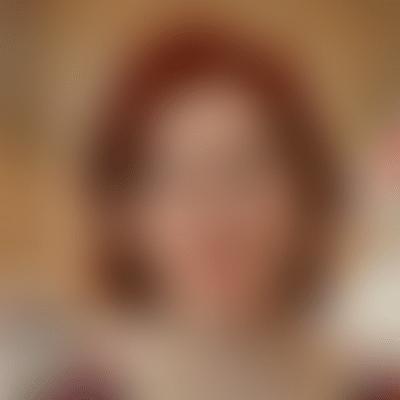 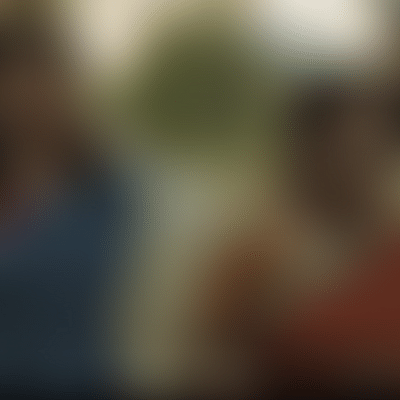 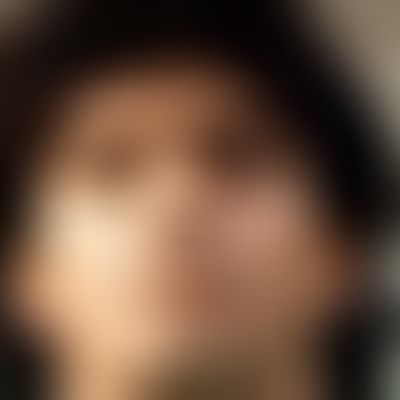