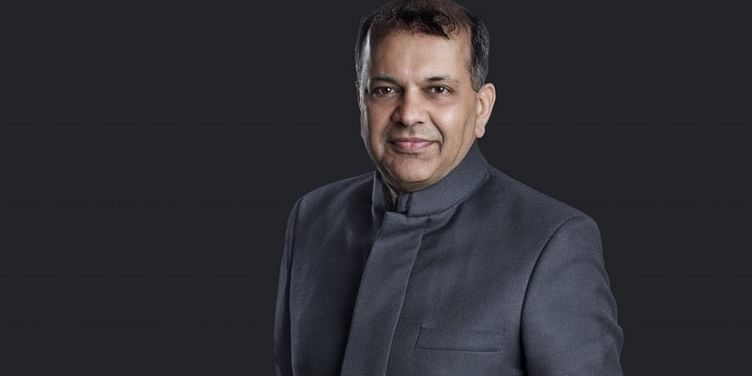 Suketa Mehta whose book on Mumbai, Maximum City received rave reviews and was nominated for the Pulitzer Prize when it was published in 2004. His new book This Land is Our Land: An Immigrant’s Manifesto focuses on stories of migration all over the world.

In Suketu Mehta’s Maximum City, a book on the city of Mumbai published in 2004, the author gives you vivid images of the city from different angles. There are heart-wrenching stories, of despair, of resilience, the criminal underworld, and a city which itself is a story of stark contrasts, and ever-changing.

In his new book, This Land is Our Land: An Immigrant’s Manifesto, Mehta delves into the world of migrants drawing from his and his family’s experiences of migrating from India to many new lands.

In a conversation with YSWeekender, Suketu Mehta tells us that anger prompted him to write his latest book and why humanising migration stories is very important...

YS Weekender: There was a long hiatus between your two books, Maximum City which was published in 2004 and your new one, This Land is Our Land published last year. What happened in the interim?

Suketu Mehta: I have been writing a book about New York for some time now. I took a break from that to write This Land is Our Land.  New York is the only other city I wanted to write about ever since I came here at the age of 14. It’s taking time following a group of characters. In the interim, I have published a few articles on my website.

YSW: Are there parallels between the two books and the two cities?

SM: Bombay and New York are both commercial and port cities. They both look down upon the political capitals of their countries; Mumbai looks down upon New Delhi and New York looks down upon Washington DC. There is an openness in these cities, they are tough and stressful but they will give anyone a chance to make it. They are more like each other than any other two cities I know.

YSW: This Land is Our Land is vastly different from Maximum City as it focuses on migrants. As a migrant yourself what prompted you to write this book?

SM: Anger prompted me to write this book. The global conversation around migrants, whether it’s in America or India, moving away to make better lives for themselves and their children are somehow termed as termites, robbers, and rapists. As a human race, we are always migrating. The system of borders and passports are only a hundred years old. Immigration is always told from the viewpoint of the rich countries. Why do people move in the first place? It’s not because they hate their homes or their families, it’s because the rich countries have stolen the future of poor countries through colonialism, war, inequality, and climate change.

YSW: What is the common thread running through the stories in your book?

SM: There are stories of people I have met in Mexico, Morocco, Hungary and all over the world and I wanted to humanise them. While migration has always been about numbers, I have sought to bring human faces to the stories.

YSW: There is a lot of rhetoric on migration whether it’s in the US or Europe. According to you, what can be done to have a better conversation on migration?

SM: I think it is basically about empathy. All the populists around the world, whether it’s Erdogan or Modi or Trump are gifted storytellers. They can tell a false story well and the only way they can be fought is by telling a true story better. That’s why writers, journalists are important. I had a professional fact-checker go through every line, and every number in my book. The story of migration is a positive story. When people move, everyone benefits, the migrants themselves, the country they move from, and the country they come from.

YSW: You wrote in the Washington Post, “I am an uppity immigrant. Don’t expect me to be ‘grateful. I will not bow and scrape before my supposed benefactors. I am entitled to be here.” Did you expect the criticism and backlash you received?

SM: In the US, I am used to the white supremacists attacking and in India, the bhakts. I am not merely grateful for being in America but I am head over heels in love with the country. I object to the idea that it is expected of migrants to lay down on their hands and knees and genuflect before the powerful.

YSW: Do the benefits of migration far outweigh the disadvantages people speak of?

SM: In my book, I have quoted detailed economic studies that if it weren’t for migration, the GDP of Britain for example, would be 30 percent lower than it is now.  Migrants are three percent of the world’s population but contribute nine percent of its GDP.

YSW: How different is the Mumbai of Maximum City and the one you see in 2020?

SM: Progress has been minimal in Maximum City. I can’t walk on the streets anymore because they are filled with cars. It takes longer to travel from one part of the city to the other. It should focus more on building public transport with trains and metros. It’s home for me however messy or polluted it is.

YSW: What is the enduring image of Mumbai that you carry everywhere with you?

SM: The hands-on crowded trains that say aa jao (come) and pull in you in to make some space for me – that’s an incredible gesture and my defining image of Mumbai.