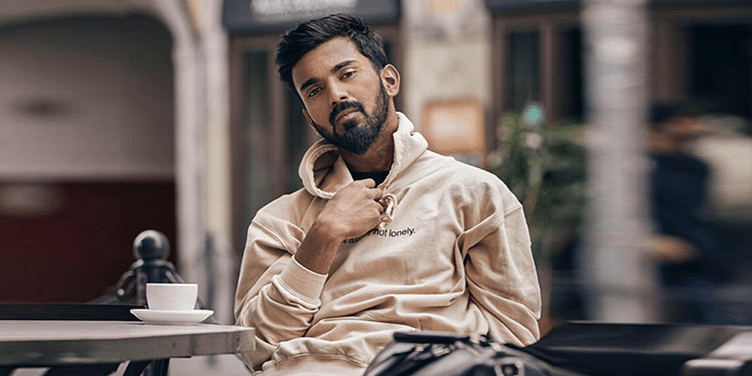 As Captain of Kings XI Punjab for the IPL and as the founder of Gully, a fashion brand, cricketer KL Rahul has his hands full. In an exclusive interview with YSWeekender, he speaks about his entrepreneurship journey, his personal style, his passion for cricket and much more…

Cricketer KL Rahul has been in the news for all the right and wrong reasons, and thankfully, his performance on the field is making last year’s controversy a thing of the past.

His infamous chat show with fellow teammate Hardik Pandya notwithstanding, the cricketer has bounced back with an incredible run in recent matches.

Cricket pundits have called his recent performance in New Zealand “coming of age” after he outclassed the Kiwis in his role as wicket-keeper batsman and amassing runs consistently.

Away from the field, Rahul has turned entrepreneur with a cult street brand called Gully.

In a chat with YS Weekender he talks about what Gully as a brand seeks to achieve, his recent “good” run and how he is looking forward to the IPL this year...

YSW: How would you look back at the recent series run with the West Indies?

KLR: I think it was a brilliant series even for viewers to watch. Both teams worked very hard. As you know West Indies is a very competitive team and is the most feared team in international cricket. They are also powerful in the shorter format and we were aware we had to fight fire with fire.

We have been in good form for the past two to three years. I got the opportunity to play all the games and my performance was good as I was in good form. I am happy that I could use that form and convert that into match-winning performances for my country.

YSW: What goes on in your head when you face a ball, how do you judge it?

KLR: The simplest thing in cricket is also the hardest thing to do. I just watch the ball and let my instincts take over. We have been practising for hours and hours, since we were 10 or 11 years old. Our body knows what to do so when we see a ball coming towards us but the pressure of the situation, especially of representing the country can get a bit too much in the head.

So, the best players are those who don’t forget to keep things simple. That’s why I am trying to do and to develop and to bring to the game. I try to remain in the present and not just react to what comes my way.

YSW: Tell us about your fashion brand, Gully? What made you think of becoming an entrepreneur?

KLR: I have always had a keen eye for fashion and enjoy what is in style. When Arjavi Shah Marwaha, (Co-founder of Gully) and I had conversations, we found we wanted the same thing. Her idea about men’s fashion were pretty similar to mine. I am happy people are enjoying wearing the brand and are looking forward to what Gully is doing next.

YSW: Who is Gully directed at?

KLR: Everybody wants to look good, and cool, so it’s directed at everybody.  Gully’s style culture is very street, very hip-hop, cool and comfortable. It’s not about wearing skinny jeans or body fitting T-shirts. Our collection is one that you can wear at home or even at a club, if you are confident enough to carry it off.

YSW: How much of your personal style is reflected in Gully’s reflections?

KLR: What you see with Gully is what I enjoy wearing. I’m not a skinny-jeans or a tight T-shirt kind of guy. I wear joggers for training but I would also wear joggers for dinner or for a cup of coffee with my friends and style it with a bomber or a hoodie. That's my style and that’s what Gully is all about.

YSW: Where do you see your brand go in the next five years in terms of revenue?

KLR: We haven’t planned that far but we are taking it as it comes as we are very new in the market. We are yet to experiment and see what works best for us. Obviously, everybody wants to be successful and become a sustainable brand and so do we. It's about experimenting and giving people cool and fun stuff and also may be just go over-the-top and do some whacked-out styles and check out the response we get.

YSW: Did you always want to be a cricketer? Or would you say fate or destiny played a part?

KLR: Since as early as I can remember, the one thing I was really, really good at was sports and one thing that came very naturally to me was cricket because everybody in my family used to play cricket. Yes, it's a bit of faith and a bit of luck. I guess this is what I was sent down to do -- to play cricket.

And I had the support of my family too. I was with the right people at the right time and I also got the opportunity. Apparently, it's a bit of everything.

YSW: Can you tell us about your childhood?

KLR: My childhood was all about sports. When I was in the XIth or XIIth grade, I decided to take up cricket as my dad used to play too and he wanted me to pursue the sport.  I grew up beside the beach, so I used to play a lot of games on the beach, including football.

Though my family was very supportive they were very clear that they would let me play cricket only if I could keep my grades up.

YSW: What is your training routine like? For instance, how are your strategies for T20 different from that for a one-day match?

KLR: While the training is different for both, we don’t get a lot of time to train differently. The time between seasons is when we really discuss strategy with the coach or the trainer and build a roadmap towards what we need to do and when exactly to peak.

Playing for a T20 requires a lot of mental preparation and it depends on how physically fit and mentally hungry you can stay. At times, it gets a little too much as every day brings with it a new challenge. I try to keep my body in decent shape and most importantly, well-rested so I remain fresh and hungry for the game.

YSW: As Captain of Kings XI Punjab for the IPL, how excited are you about the leadership opportunity?

KLR: It's a very big responsibility. It’s the next big step for a player, to become a leader and captain. Fortunately, I have been a part of teams that have had brilliant captains. I started playing for India under MS Dhoni, who is the best captain in the world. I have learned a lot watching him play and playing under him.

The same goes with Virat Kohli. He has taken Team India to a level that nobody in India could have believed India could go. I have played under Rohit Sharma as well, who is one of the most successful IPL captains.  All these experiences, I believe, will hold me in good stead.

YSW: What is next – personally and as an entrepreneur? What are your goals for 2020?

KLR: I don’t plan how many runs I need to get, how much money I need to make or how successful I have to be. I never set goals for myself because you may sometimes achieve more than you plan to, or under-achieve.

If you under-achieve, then it breaks you and puts a lot of pressure on you.  For me, the only goal is to take each day as it comes and do whatever I need to do as an individual, as a sportsman, as an entrepreneur. I will do whatever possible to be successful. I will prepare myself to be the best and then, whatever comes my way, I will be ready to accept it.

'Magnolia Bakery shot to fame with one-minute footage of Carrie Bradshaw in one episode of a TV series': Zonu Reddy, co-founder Spago foods on their franchise in Bengaluru