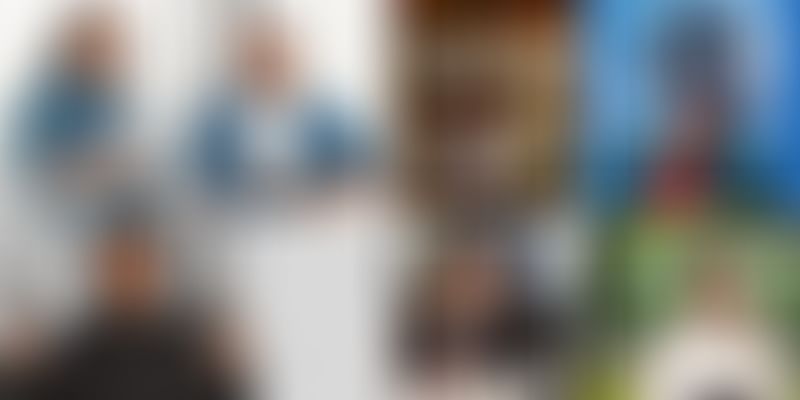 This week, YS Weekender brought the highlights of US Presidential Inauguration, reviewed 'Sir', and caught up with founders of BEOR360, THERE!, My Pooja Box, and GuruQ.

The third week of January was action packed. It marked a glorious moment in American history with Joe Biden and Kamala Harris inaugurated as the 46th US President and the Vice-President, respectively.

If you missed the 46th Presidential Inauguration, check the highlights from the inauguration on YS Weekender. It included a star-studded concert that included the likes of Tom Hanks, Demi Lovato, Lady Gaga, Jennifer Lopez, and Katy Perry, among others.

An important highlight of the inauguration was the stellar performance by Amanda Gorman, also the youngest poet to perform at the US Presidential inauguration. The 22-year old recited The Hill We Climb, at the swearing-in ceremony.

While Bernie Sanders' broke social media with his cute mittens, the ladies in power created fashion statements in purples, blues, and pearls.

For YourStory Reviews, YS Weekender reviewed Sir, a film starring Tillotama Shome and Vivek Gomber. Sir, originally premiered at the 2018 Cannes Film Festival released on Netflix and has been featured among the top three most-watched titles on the streaming platform. It is a delicate, slow-burning romance between Ashwin (played by Vivek) and his housemaid Ratna (played by Tillotama).

"The film explores the social, economic, and emotional contours of an unequal match in the bustling metropolis of Mumbai," YS Weekender writes.

"The idea was to experiment with high-quality ingredients and not add any preservatives or chemicals," said Rishabh during the interview.

Available at more than 120 locations, BEOR360 is priced at Rs 120 for a 330 ml bottle. Within the first two months of its launch, BEOR360 was able to reach 50,000 customers. Going ahead, the founders want to increase their footprint and bring in like-minded investors on-board.

For your weekly dose of fashion, Netflix star Ankita Bansal, who appeared on Indian Matchmaking, along with her sister Gayatri Mallika Bansal, talk about their denim label THERE! The sisters reveal that post the Netflix docu-series, which blew up on social media, helped the brand increase its month-on-month sales by a whopping 500 percent, for the first three-months.

"Nothing could have been better for our brand in 2020 that the fame we got from the show," Ankita said.

The sisters are now leveraging on their Netflix-fame to help India's young entrepreneurs increase their visibility, through collaborations. "We do not want to keep the success just to ourselves. Collaborations will make us stronger, as an economy as well," Gayatri said.

Under diet and fitness, Functional Nutritionist Deepa Kannan wrote about the 10 signs that one needs to change their diet. She wrote, "Your health is a journey...It is not this perfect destination that you arrive at one day. Your body and mind can be influenced by several things outside of it, and your dietary requirements might need change with time."

Deepa mentions signs like the quality of sleep, signs of digestive distress, headaches, and low resilience to stress, that might indicate the need to change one's diet.

Losing weight might be a tussle for many and it is essential to have the knowledge of basics before one sets out to achieve the desired fitness goals. Prateek Sood, Director of Grand Slam Fitness, provides a roundup of the best home weight loss machines that one should know about.

Under life, YS Weekender caught up with Minal Anand, Founder and CEO of GuruQ; and Kaveri Sachdev, CEO and Co-founder of My Pooja Box, to ask them questions from the Proust Questionnaire.

Minal told us that in her list of most admirable people were Ratan Tata, Greeta Thunberg, and Madam Kamala Harris. The graduate from Boston University said:

"I don’t think the idea of perfect happiness is realistic..."

Kaveri on the other hand, believes, "Happiness is being contented and at peace mentally and emotionally. You must be truly happy within to spread happiness around." The founder of gifting, home décor and religious products' startup says that she considers intelligence the most overrated virtue.

Under new announcements, veteran music composer AR Rahman launched a new initiative aimed at presenting and showcasing Indian talent to the world. Titled Futureproof, the initiative is a high-impact conference series designed to elevate and amplify the country's diverse talent across the streams of art, science, and entrepreneurship.

The first edition of Futureproof has been curated by filmmaker Anurag Kashyap and will feature Nick Vallelonga , as well as renowned acting educator Bernard Hiller.