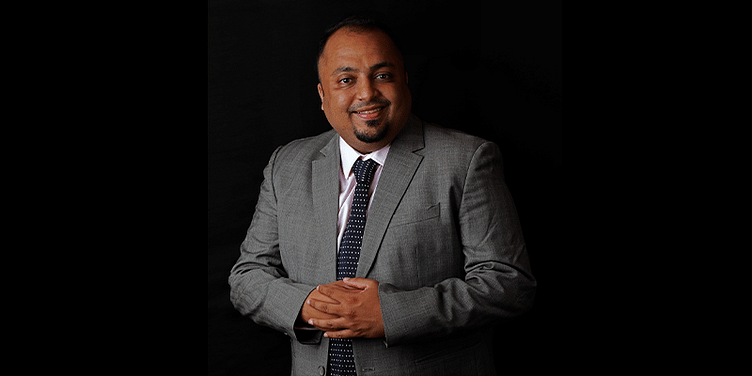 The pandemic provided even the busiest of humans with time to not just pause and reassess, but also to try their hands at something new. For some, it was journaling or cooking, while others took to art and music. Many across the globe, took up music. Small musical instruments, like the Ukulele, gained popularity during the COVID-19 lockdowns.

The report further states that around 63 percent of the consumers in this market are hobbyists. Targeting this rising demand and growing popularity is Bengaluru-based Kadence.

Founded in 2010, Kadence manufactures affordable and quality musical instruments. According to Founder and Director Siddhartha Jhunjhunwala, Kadence noticed a surge in the sale of ukuleles and guitars during the pandemic.

The B2C company has had a marquee list of clients, which includes the likes of AR Rahman, Shreya Ghoshal, Virat Kohli, Vicky Kaushal, Bhumi Pednekar, Vasu Dixit, Sakshi Agarwal, Reba John, and Plabitha Manu, among others.

Born and brought up in Jamshedpur, Siddhartha came to Bengaluru to pursue Business Studies at Christ University. “I came in to study but fell in love with the city and stayed,” he says.

Siddhartha always wanted to start his own company. Earlier, he rented coffee vending machines to corporates, and in the meantime, developed a deep understanding of sales and marketing. In 2010, he founded Kadence and began manufacturing stage lights and equipment.

Always a music lover, when Siddhartha first wanted to pick a guitar for himself and learn to play it, he was unable to find a “good quality and affordable brand,” he tells YS Weekender.

“Most musical instruments were primarily by foreign brands, which were mostly highly-priced and not ideal for people who wanted to explore music as a hobby,” Siddhartha adds.

Thus, in 2015, to fill the gap in the Indian musical instruments market, Kadence expanded its brand portfolio to manufacture musical instruments. Siddhartha initially invested Rs 3 million in the company. “Kadence is on a mission to make music a part of everyone’s life — young or seasoned, from the bathroom singers to the performers,” he says.

The company manufactures a range of instruments including guitar, ukulele, piano, xylophone, saxophone, and kalimba, among others.

Kadence has an in-house industrial design team, and it sources its products from Indonesia, Italy, China, and the US. Its manufacturing unit is situated in Bengaluru. “We check for quality, assemble, and ship,” Siddhartha says.

The sale happens through its network of 150 dealers and distributors, four company-owned stores (in Bengaluru, Hyderabad, Goa, and Delhi), and through ecommerce platforms, including ﻿Amazon﻿and ﻿Flipkart﻿.

Each SKU is differently priced. According to the website, Kadence Ukulele starts from Rs 2,000, while the guitars start from Rs 5,743. It also makes accessories available.

Kadence got its first customer through ecommerce platform Snapdeal. Since then, the company has been using various marketing methods to build a community of music lovers. It engages its customers through social media, open mics, and free demo classes to attract new customers and, “Keep the patrons engaged in the community,” Siddhartha adds.

It works with over 2,000 artists every year through these collaborations.

The company has so far sold 25,000 units of musical instruments. Bootstrapped since inception, it generates Rs 7 crore per month. “We are targeting Rs 200 crore for this year,” says the founder.

According to Statista, the revenue generated in the musical instruments segment is projected to reach $4,248 million in 2021. The market is expected to grow at a CAGR of 10.6 percent between 2021 and 2025.

Brands like Amaanshi, Anant Dhotre, Bina, Concord, and Hiren Roy are some of the popular Indian musical instruments brands. However, Siddhartha says, “Our USP is that we have very durable, quality, aesthetic products, and with even better after-sales service.”

“We love being bootstrapped but will make financial decisions based on opportunities and need,” he adds.

Kadence is already present across India, Bhutan, Mexico and Canada. By the end of this year, the company is planning to expand to 22 other countries, including the US.