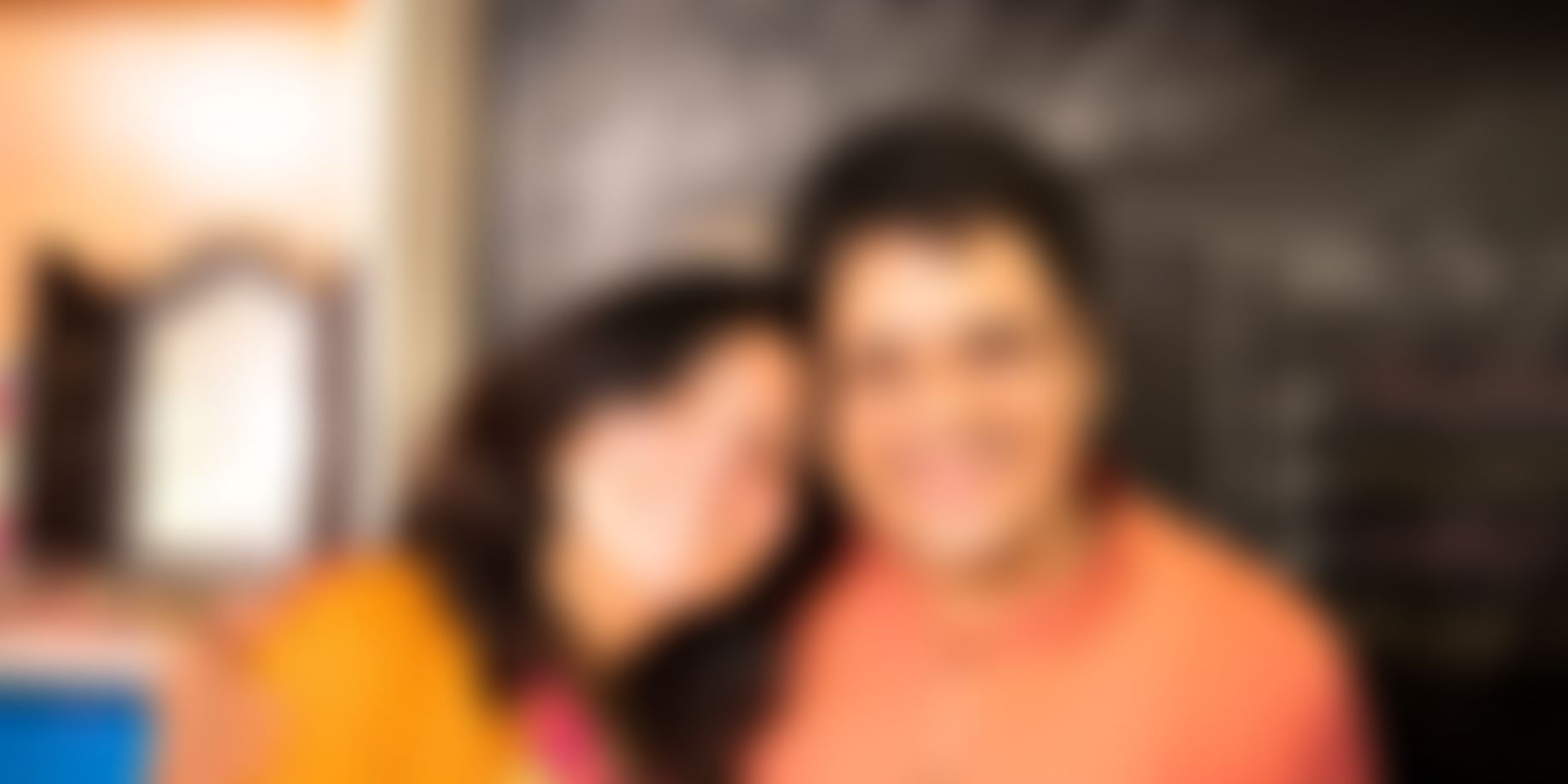 What started off in 2016 as a terrace-only space for art, theatre, yoga, dance, music, and pottery, is now a wholesome space catering to anybody who wants to create, express, or simply live.

As city-dwellers, we have our lives compartmentalised into weekdays and weekends. During weekdays, we hustle, and on weekends, we pursue the things we love, sometimes even unleashing the artist in us. For Mansee Shah Thard, however, the question was, “Why nurture expressions only during weekends?”

And with that thought, the husband-wife duo of Mansee and Nikhil Thard began Lahe Lahe, a space for creative expression. The literal translation of Lahe Lahe in Assamese is ‘slowly, slowly’.

Mansee explains, “Although, back in Assam, it could mean being a bit laidback, what we intend that here, this phrase is a positive slowing down of life.”

What started off in April 2016 as a terrace-only space with a three-day launch for art, theatre, yoga, dance, music, and pottery, is now a wholesome, genre-agnostic space catering to anybody who wants to create, express, or simply live. A year ago, they extended themselves into a ground floor seating space called Santhe. With a charming pottery studio called Hearts Bazaar, rooftop Makers Space, a cosy little room Om Lahe Lahe, and a Healing Room getting added, Lahe Lahe now looks like a carnival of expressions.

Come Tuesday, and you would find yourself indulging in poetry, and on Wednesdays, you wouldn’t stop grooving to tunes. “Poetry night and music jam have been our two regular events since the last two-and-a-half years. These two communities have been special to us. We have 50-60 percent of our regular crowd coming in, with 50-40 percent new people every time,” Mansee points out.

At their open mic segment, “Three minutes to fame”, which happens on the second Sunday of every month, the space comes alive with myriad expressions of art. Travel talks and pottery classes are some of the other regular events hosted here. Lahe Lahe rents its spaces based on two partnering models - a revenue-share or on rent. For the former, they help organisers with event publicity on ticketing platforms as well.

Also read: It is a plate full of stories at the Hungry Travellers Café

“We are perceived as an events’ space. But we are more. We’re a community-driven platform and that’s our core,” says Mansee.

She takes pride in the recent crowdfunding that was made possible by the people who flock to the space frequently. “Through a workshop namely ‘Art of Facilitation,’ the team was able to raise Rs 33,000 for a child’s education. And this child is none other than our security guard’s son,” Mansee explains.

Through another Lahe Lahe-hosted gig, the volunteers also raised money for the cleaner’s child’s education. And this is what the founders wish to do more. “We want to encourage expressions, help people become champions of these expressions, and thereby build a community,” she says.

Mansee and Nikhil believe that it is goodwill sustains Lahe Lahe, not money.

Another of their ventures is a space at an urban village where you can literally ‘live slowly, slowly’. It’s a creative residency located near Yelahanka but is yet to become a hub like Lahe Lahe.

While talking about what distinguishes Lahe Lahe from other expression spaces, Mansee says, “We don’t curate our events. We keep it open to all kinds of artists.” Gender no bar, genre no bar, folks young and old - all of them find a voice at Lahe Lahe, a space that staunchly believes in being non-judgmental and all-inclusive. Although Mansee explains that certain religious or political connotations are a strict no-no. Instead, diversity is what the space calls for without barriers.

“It’s perfect for all kinds of people - whether you are a closet singer, an amateur artist or just someone who is looking for reassurance even if you’re an expert. Here, you learn to celebrate the uniqueness that shines through in all of us and value our imperfections for they make us who we are. The space lets you be you, be flaw-some and tells you to express yourself – always.” Above all, the space calls you to live slowly, slowly.