Born to Inspire: Top 7 Netflix documentaries that will provoke thought and influence change 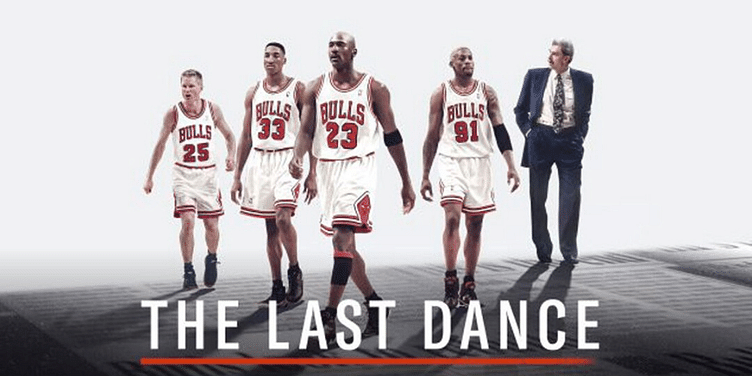 While people usually look for entertaining movies, TV series when they are scrolling through Netflix, documentaries often go unnoticed.

﻿Netflix﻿and other streaming platforms like ﻿Amazon﻿Prime, Hulu, and HBO Max provide a wide range of choice when it comes to this genre.

There is a wide selection of topics to choose from such as food documentaries, sports biopics, true crime, music, and documentaries of autobiographical nature.

From former First Lady Michelle Obama’s recently released documentary ‘Becoming’ to legend and NBA great Michael Jordan’s The Last Dance, and environmental documentary film Our Planet narrated by David Attenborough, there are inspiring elements, and key points to take away for the keen and curious individual, who wishes to be well educated and informed about subjects world over.

YSWeekender brings you 7 documentaries that will change the way you think, and influence you to become a better-informed person.

Based on former First Lady Michelle Obama’s bestselling autobiography of the same name, ‘Becoming’ is a thought provoking and inspiring documentary that channels the life of Michelle and the challenges she faced along the way.

It showcases her childhood home in the south side of Chicago, her time in Princeton University, her early career as an executive in a law firm, and the time she first met President Barack Obama, before going on to create a family with him, and becoming a promising voice for her nation.

Michelle Obama has gone on to become one of the most compelling women of our era, being the first African American women to become First Lady, and readily advocating for women and young girls' rights around the world. She is an inspiration to her two daughters Malia and Sasha who are also seen featured in the film, and have some heart-warming words to say about their mother.

Her difficult time during the presidential campaign, and her transition to the White House, are all featured in this documentary. It is a witty, raw, and honest depiction of the trials and tribulations Michelle Obama faced both in public as well as in private. It inspires one to be better, and do better every day, and the takeaway is that there is no shortcut for constantly learning and growing.

A recent release, The Last Dance miniseries co-produced by Netflix and ESPN is a sports documentary that covers the life and career of NBA, Chicago Bulls legend Michael Jordan.

Directed by Jason Hehir, it focuses on the sport stars last season with the Chicago Bulls. The series features exclusive footage, and behind the scenes interactions with players, coaches, and many NBA personalities such as Phil Jackson, Dennis Rodman, Scottie Pippen, and Jerry Reinsdorf amongst others.

Michael Jordan also popularly referred to as ‘Air Jordan’ and ‘His Airness’ for his slam dunk talent, of throwing the ball from the free throw line, is one of the most celebrated and well-known basketball players of his generation, redefining the way in which we view the sport.

He has played 15 seasons with the NBA, winning six championships for the Chicago Bulls. He is also the proud owner of the ‘Charlotte Hornets’ basketball team.

The NBA official website has described Michael Jordan as ‘The Greatest Basketball Player of All Time’ in his personal bio.

They have said of him: ‘by acclamation, Michael Jordan is the greatest basketball player of all time. Although, a summary of his basketball career and influence on the game inevitably fails to do it justice, as a phenomenal athlete with a unique combination of fundamental soundness, grace, speed, power, artistry, improvisational ability and an unquenchable competitive desire, Jordan single-handedly redefined the NBA superstar.’

If you are a sports enthusiast, or want to watch something that leaves you feeling good, believing that miracles happen and anything is possible, then this is something you must consider watching.

Is a true crime mini-series documentary that takes us on a life journey of Zookeeper Joe Exotic. He was one of the most prolific breeders of tigers in the United States and a current felon.

The series explores the deeply interconnected society of big cat conservationists and collectors in America, and the private zoos and sanctuaries they have set up for a vast number of animals.

I infuse art into my food: Vinesh Johny, Co-Founder, Lavonne Academy, spins magic out of sugar, cream and flour on a world stage

Joe Exotic was the owner of the G.W Zoo in Wynnewood California that held big cats. What is astonishing is that Joe Exotic even tried to run for President of the United States in 2016, but failed at his attempt.

In the series we see Joe transform from an average police officer to a man who undertakes an occupation in illegal animal transportation and husbandry.

He was convicted of 17 federal charges of animal abuse, and for planning to execute Carole Baskin, the CEO of Big Cat Rescue. PETA and United States Fish and Wildlife Service become involved in the feud, and we see how they try to manage the situation at hand.

For individuals dedicated to the cause of earth's creatures, and wanting to distinguish from right and wrong animal conservation practices, this series should definitely be placed on your watch list.

Pandemic: How to prevent an Outbreak

It is quite a coincidence in timing that ‘Pandemic: How to prevent an Outbreak’ the documentary series was released earlier this year, just as the coronavirus started to spread rapidly amongst nations.

This documentary, which is currently trending, explores what one would do if a virus took over the globe. It follows the dedicated men and women on the frontlines who battle the next devastating disease that they predict is sure to come in the future.

Filmed over the course of 2018-2019 flu season, the documentary covers a range of issues such as the possibility of a global influenza, research in to gathering facts and creating a new universal vaccine, emerging viruses, anti-vaxxers (Individuals who refuse to be vaccinated,) as well as what one could learn from the past Ebola outbreak that took place in Africa.

It features insights and conversations from several notable health and science experts, such as Syra Madad an American pathogen preparedness expert and epidemiologist, Ronald A Klain a political consultant and lawyer, who was appointed by former president Barack Obama to serve as the White House Ebola response coordinator from 2014-2015, as well as Raghu Sharma an Indian cabinet minister of Health and family Welfare in Rajasthan.

This is a highly informative and insightful coverage, of how people come to work together during a time of crises, and what can be done to prevent further outbreaks from happening in the future.

The TV series ‘Rotten’ produced by Zero Point Zero points a lens at the food supply industry, and shows us how products reach our kitchen, right from the time of manufacturing, till the time it is placed on the shelves of grocery stores.

Each episode deals with one specific food product, and we see individuals interviewed such as the farmers, distributors, store owners, doctors, scientists and other people involved in the supply chain.

It also showcases food related crimes and scandals, and exposes the nitty gritties, that we as a consumer often miss out on. It even shows the dangers of eating habit patterns, and brings surprising revelations to our notice.

If you are interested in the corruption of the food industry, or would simply like to be aware of what enters the market, then this is your go-to documentary.

A documentary about the Facebook-Cambridge Analytica data scandal, The Great Hack takes viewers on a path of how data is managed and stored, who has access to it, and what we need to learn from it.

The stories expose the work of Cambridge Analytica in the politics of various countries, including the Brexit campaign and the 2016 United States presidential election.

The Great Hack offers a glimpse into data led decisions by countries and giant organisations and the way it is weaponised for political gain, and what it might mean for the future.

It was nominated for best documentary by the British Academy of Film and Television Arts and Best Writing by the International Documentary Association as well as Most Valuable Documentary of the year 2020, by Cinema for Peace.

A British documentary film that discusses the conservation of nature and our environment, Our Planet has been narrated by David Attenborough a natural historian and broadcaster.

Produced by Silverback films with Alastair Fothergill and Keith Scholey who are best known for BBC documentary series Planet Earth, The Blue Planet, and Frozen Planet in association with the World Wildlife Fund (WWF,) Our Planet is a thought provoking and meticulously researched film.

HBO Max is all set to launch this month

Issues discussed are preservation of animal species in their natural habitat, human beings' impact on the environment, and climate change.

The theme song of the documentary has been sung by the talented British musician and singer Ellie Goulding titled ‘In this Together.’

Ellie Goulding along with Prince Charles, Prince William and Harry, and David Beckham have been big supporters of the film, advocating for climate change, and attended its initial premier and release at the National History Museum in London along with David Attenborough.

This Delhi startup lets you document your family history, turn memories into memoirs

5 ways to boost your oxygen level during the pandemic