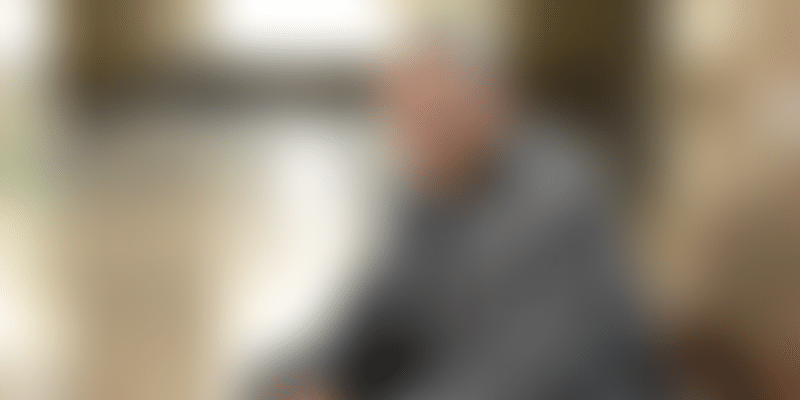 The Proust Questionnaire is about one’s personality. It has its origins in a parlour game popularised by Marcel Proust, the French essayist, who believed that, in answering these questions, an individual reveals his or her true nature.

Sanjay Swamy is one of the founding partners of Bengaluru-based Prime Venture Partners, along with Amit Somani and Shripati Acharya. The VC firm is focused on bringing category-creating technology companies out of India for local and global markets. It believes in helping startups not only with access to capital but also mentor them to help transform into disruptive companies.

Prime Ventures has a portfolio of 25 startups so far, including the likes of Recko, MyGate, MoneyTap, EzeTap, and mFine among others.

Sanjay is known for his sense of humour and his impeccable expertise over fintech. Here are Sanjay’s responses to our Proust Questionnaire:

Making the world better for others.

Workaholic - I’m always on, even when on vacation.

Malice - doing something with the intent of hurting anyone, including a competitor in business, is unacceptable.

Procrastination - when I’m told something will be done at noon, they will get a call at 12:03pm!

Among business professionals, it is Elon Musk and Jack Dorsey. Anyone who can run more than one company concurrently and do a great job of it has got to be a superhuman.

Among sports persons, I admire Roger Federer and Usain Bolt. They are consistent without any appearance of putting in an effort, while being thorough gentlemen. Among cricketers, Virender Sehwag, VVS Laxman, and Rahul Dravid. What you saw is what you got - no complications in their personality.

Travel and food (not necessarily in that order!). I love driving wherever I go.

Discipline - but is that a virtue in the first place?

Only when I’m hiding a (positive) surprise - else telling a lie is NEVER an option, EVER!

I rarely bother to look at my (beautiful) self!

Anyone who gets by with intellectual dishonesty makes my blood boil.

What is the quality you most like in a person?

‘The lowest depth of misery is running out of ideas’: Ankit Garg, entrepreneur

Life and my family!

A sense of humour.

A greater sense of humour!

The continuous belief that the 'Best is Yet' to come.

Is a pet in a rich household an option?

Where I am now, Bangalore.

My family, friends, partners, team, relationships, and memories are all priceless - can’t buy any of them!

Trying to buy a relationship - or pretending to be someone else to do so!

Anything that is motivated by helping others.

Unambiguous continuity of the relationship - with true friends, when we meet, it’s like we were always together. We never ask each other what they did in-between.

Not much of a fiction person.

Nobody really - I am myself.

Been blessed to be exposed to several people who have amazing qualities - and I keep wanting to pick and choose those qualities and become a better version of myself.

Sanjay! Else I’d have changed it!

Being around people who talk like they’ve achieved a lot, and over a time start believing it themselves.

Not becoming an entrepreneur in my 20’s because I considered it risky.

Rich in experiences that I’ve hopefully shared with several people!

What advice do you have for others?

Focus on making the world better for others - do the right thing and good things will happen! Corollary for entrepreneurs - financial success is an outcome, never a goal.

‘Work hard and honestly and success will follow’: Akhil Gupta, No Broker.com