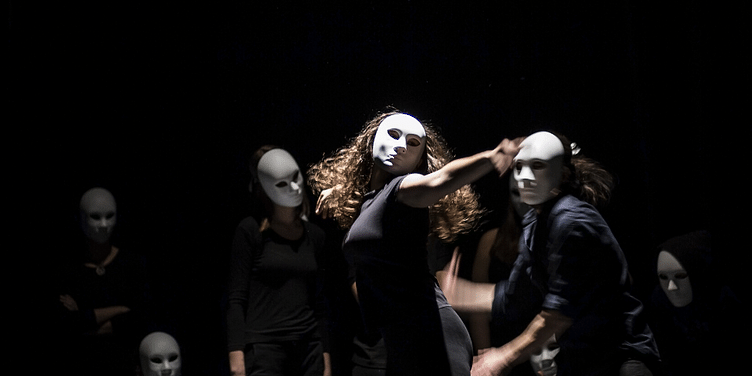 From Naseeruddin Shah who has made his mark on stage to Lee Strasberg who gave us the method acting form, we celebrate these theatre personalities on World Theatre Day which falls on March 27

‘All the worlds a stage, and all the men and women are merely players’ is a famous line that playwright, poet and actor, William Shakespeare wrote in his play, As You Like It.

Actors, playwrights, theatre institutes and lovers of the craft from all over the globe have celebrated ‘World Theatre Day’ on March 27, ever since it was established in 1962.

Theatre is what makes us human as it helps us to express our deep-seated emotions through the portrayal of numerous characters on stage. It makes us understand, empathise and reflect on the deeper issues of life.

It is a special art form which is very different from film, as everything you watch on stage as a member of the audience occurs right in front of your eyes. There is no room for editing or photo shopping, retakes or dubbing.

Raw talent is witnessed on the stage, and the beauty and magic of theatre is that there is room for mistakes.

However, even today, theatre still does not hold the same adulation as cinema. On World Theatre Day, Broadway shows and plays are held across cities to show citizens, politicians, governments, and institutions that they need to step up and value theatre and see the vast potential it has to change the world.

YS Weekender brings you 5 theatre professionals that you must take note of on World Theatre Day.

He is the father of ‘method acting’, which encourages performers to use their own emotional experiences and vivid memories when it comes to portraying a live role.

Lee Strasberg began his career as an actor and stage manager in the 1920s with Theatre Guild, a theatrical society founded in New York City.

In 1931, he co-founded the Group Theatre with directors, Harold Clurman and Cheryl Crawford which was described as ‘America’s first true theatrical collective.’

He became the director of the Actors Studio in New York, which trained professional actors, and he was also involved in the development of the Actors' studio in West Los Angeles.

Lee Strasberg has trained a number of theatre and film personalities such as Robert Di Nero, Marilyn Monroe, Elia Kazan, Paul Newman, and Al Pacino amongst others.

His wife Anna Mizrahi later opened the Lee Strasberg Theatre and Film Institute with a number of branches, which is one of the most popular theatre schools till date.

As a director he has directed plays such as ‘Success Story,' 'The Vegetable’ and ‘Men in White.’ He acted in the film Godfather Part || as one of the gangsters as well as the 1979 film ‘Going in Style.’

A producer, director, actor, Konstantin Stanislavski is a prominent figure in the theatre world.

The Russian born practitioner founded the Moscow art theatre, which is best known for teaching the Stanislavski method of acting.

Stanislavski gave a new face to theatre, and was credited for the success of a number of plays which were directed by him such as the ‘Seagull’ by Anton Chekhov, ‘Hamlet’ by William Shakespeare, and Moliere’s ‘The Imaginary Invalid’.

Konstantin Stanislavski is also the writer of books that actors use world over such as ‘Creating a Role’ and ‘My Life in Art.’

An established British theatre performer, actor, and director. Laurence Olivier is known for dominating the stage throughout the 20th century.

He later moved on to films, and established himself as one of the world's leading movie stars. Some of his most loved performances include Wuthering Heights the film, Love Among the Ruins, Cat on a Hot Tin Roof, The Prince and the Showgirl, and Rebecca.

He was the founding director of Britain's National Theatre from 1963-1973. The National Theatre in London, has named their largest auditorium after him in his honour, and the ‘Laurence Olivier Award’ is given every year to a professional theatre actor as a statement of excellence by the society of London theatre.

Girish Karnad, a Kannada director, playwright, writer and scholar, was one of the most notable theatre professionals in India. His plays often had a lot of historical elements and themes and a contemporary message.

He has won a number of notable awards for his work, such as the Padma Bhushan and Padma Shree as well as the prestigious Jnanpith award, which recognises outstanding literary talent.

Some of his famous plays include The Dreams of Tipu Sultan, The Fire and the Rain, and Taledanda.

Apart from writing plays the Rhodes scholar has also contributed to Hindi and Kannada cinema, with films like Manthan, which he acted in along with Naseeruddin Shah and ‘Kanooru Heggadithi’ which he directed.

Although he passed away last year, he will fondly be remembered for his contributions to the theatre scene and the world of cinema as well as his strong voice and the number of causes he advocated.

Naseeruddin Shah is a storehouse of talent, a stage actor and director who has done a vast number of performances. He has been awarded the Padma Shree and Padma Bhushan like Karnad for his contribution to Indian cinema.

He has directed plays by Ismat Chutgai and Saadat Hasan Manto, and put up a number of performances across cities in India with his theatre group ‘Motley Productions’ along with his wife and fellow actress Ratna Pathak.

A graduate of the National Institute of Drama and the Film and Television Institute of India, Naseeruddin's notable films include Paar, Aakrosh, Monsoon Wedding, Albert Pinto Ko Gussa Kyoon Aata Hai and A Wednesday.

His love for theatre extends beyond the stage, as he holds workshops for young aspiring theatre performers across India.

He has also written an autobiography, which sums up his life experiences pretty well and is called ‘And Then One Day- A Memoir by Naseeruddin Shah.’

This Valentine’s Day, surprise your loved ones with gifts from these specialised gifting startups

The home that walks: A trip to an old house in mist-soaked Mashobra is full of surprises