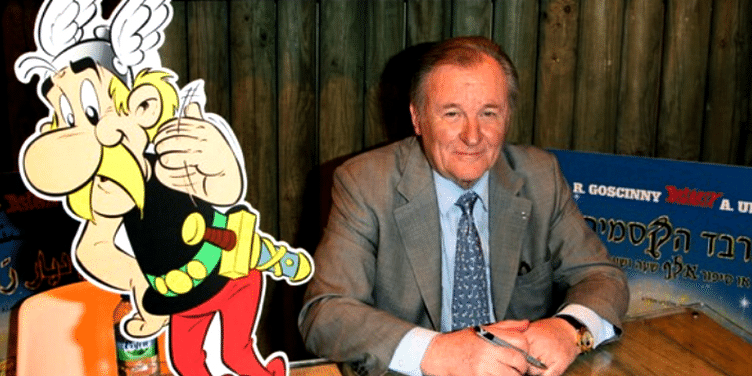 Albert Uderzo died of a heart attack in his home in Neuilly, but his craft and the smiles he brought to our childhood will never be forgotten.

Albert Uderzo the co-creator and illustrator behind the much-loved comic series Asterix and Obelix died today, aged 92 of a heart attack.

“He died in his sleep at his home in Neuilly, and has been tired for several weeks” his son in law Bernard de Choisy told the media.

Turning back the pages

The popular French comic that first emerged in 1959, was written by Rene Goscinny and follows the adventures of Gaulish warriors who try to overthrow the Roman empire during the time of Julius Caesar.

Protagonist Asterix is a man of tiny stature, he is extremely witty and cunning and is often called upon to represent his troop when it comes to battle. Obelix, his best friend, who is three times his size, is a menhir sculptor with superhuman strength who tags along and helps him during these quests, both in their village as well as to exotic parts of the world.

Asterix and Obelix have emerged as strong characters in French popular culture, and the series are enjoyed by both children and adults alike.

There have been more than 370 million albums sold worldwide, 11 films, as well as an Asterix theme park, which is the second largest park after Disneyland Paris, attracting over 2 million visitors yearly.

Some of the most bought Asterix and Obelix titles out of the 38 official volumes are, “Asterix and the Golden Sickle,” “Asterix and Cleopatra,” “Asterix in Britain” and Asterix Obelix and Co.” amongst others.

Alone at home? Seven activities to do during times of social distancing

Although Rene Goscinny died in 1977, the two collaborated on the comic series up until the popular editor's death. Uderzo took over writing till 2009, following which he sold the rights to the company Hachette.

After this a new team with French script writer Jean Yves Ferri took over and the last comic was released in October 2019.

Illustrator Uderzo has said in the past about his work...

“My hand was not made for this job, they're butcher's hands, I've got big bones, like my father. I inked all my drawings with a brush, which requires a lot of skill.”

Today marks the day that the ‘Two Fathers of the Asterix series’ are no more, however we will always remember them for the joy that they brought to our childhoods and our lives, and the smiles, giggles and everlasting memories of Asterix that will prevail in our hearts.

How Sanjay Garg’s quest to be a collector of experiences, art and culture reflects in his label, Raw Mango