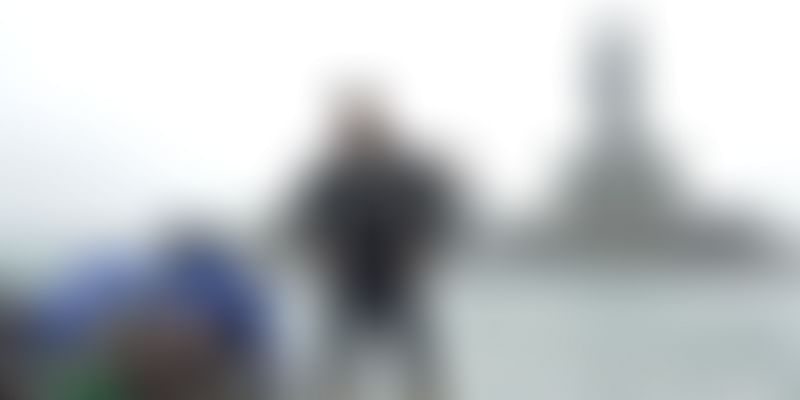 Jasminder Singh aka Jaysn is a Delhi-based biker, motovlogger, and entrepreneur. His YouTube channel JS Films boasts of 2.68 million subscribers.

Delhi-based biker and entrepreneur Jasminder Singh aka Jaysn was a graphic designer. But, in 2016, Jasminder turned to YouTube to showcase his travelling videos on superbikes.

Recently, once the coronavirus lockdown was lifted, Jasminder initiated a one-of-its-kind road trip.

Starting from Delhi on December 10, 2020, he travelled on his Suzuki Hayabusa, all the way from Kanyakumari to Udhampur. The 8,500 km long road trip ended on January 8, 2021.

Jasminder was born to a middle-class family, to a mechanic shop-owner father and a homemaker mother. Never much into studies, he managed to graduate with average ranks. “I was always a shy and dull kid. My only interests were bikes and painting,” he tells YS Weekender.

Given his passion, he tried his hand at software techniques for designing and editing. Later, Jasminder created a website to post about bike-related content. This ultimately landed him with a job opportunity as a graphic designer.

Jasminder continued with graphic designing and even onboarded a few notable clients including Harley Davidson, Netherlands Embassy, and Holland Embassy, among others, providing them with backend and graphic designing services. “This helped me buy my first imported bike,” he says.

In 2016, he went on a road trip to Ladakh where he met famous moto-blogger Mumbaiker Nikhil. After featuring in Nikhil’s vlogs, Jasminder was inspired, and started motovlogging on weekends.

But soon, Jasminder decided to quit his job and start his own YouTube channel. On another trip to Ladakh in 2017 with his newly bought Hayabusa, he started experimenting with video content, creating 12 episodes from the journey.

The idea is to bridge the gap between talent and opportunity: Soumini Sridhara Paul of Hungama Artist Aloud

“I received a huge response and a couple of sponsors reached out to me, which eventually led to generating revenue from these vlogs,” Jasminder says. “I never looked back after that.”

Today, he is the owner of four superbikes, including a Kawasaki Ninja 2, which is a rare sight on Indian roads, a Kawasaki z800, a Suzuki Hayabusa, and a KTM Duke 390.

When planning a trip, Jasminder reaches out to sponsors with a full-proof plan and deliverables.

Besides that, he also monetises his content through the YouTube channel. “I do paid collaborations with products and services that are later included in the videos as promotion for my YouTube channel and Instagram page,” he explains.

The road not taken

The biker says he has always looked up to Nikhil Sharma aka Youtuber Mumbaiker Nikhil, and American YouTube personality and vlogger Casey Owen Neistat.

In the last three years, Jasminder has travelled difficult terrains across the country, doing both short weekend trips, and month-long road trips. He has travelled to Dhanaulti, Manali, Shimla, Spiti, and North Sikkim, to name a few.

“Initially, I did not want to take the K2K (Kanyakumari and Kashmir) trip, mostly because it needed a lot of funds and efforts. However, with 2020 not going too well for most of us, I took it as a challenge to end the year doing what I enjoy the most,” he says.

Jasminder’s former colleague Omkar Khanna, and his friend Jay Karan also accompanied him. The team also made a couple of choice stops to fully immerse themselves in the cultural experiences across the country.

“We attended a jam session at Kanyakumari, tried local cuisines in Mangalore, tried our hands on supercars in Hyderabad, enjoyed sand dunes in Bikaner, and even joined the farmer’s protest in Delhi,” he says.

However, the road trip was not all fun and game. “The first challenge was managing the luggage. Delhi was freezing cold while Kanyakumari was warmer, and we also faced heavy rainfall on our way. We also faced challenges in terms of language barriers, finding the right kind of food, and bike mechanics,” Jasminder explains.

Initially, the team planned to travel until Kashmir. However, due to heavy rains, he had to cut short his trip at Udhampur, which is 60 km before the border of Kashmir. His team documented the travel each day and uploaded the content on JS Films regularly.

We will start recovering from the pandemic from Q2 2021: Sanjeev Kumar Bijli of PVR Ltd

“Honestly, while starting JS Films, we did not think that it would turn into something so serious. I started this channel to follow my passion for bikes and travelling for fun. But all the positive feedback has been encouraging and overwhelming,” Jasminder says.

Going ahead, he plans to do a trip from Killar to Kishtwar, situated 6,500 metres above sea level, and often named the most dangerous road in the world. By the end of the next two years, he plans to own a garage with a collection of superbikes. He also wants to try his hands at different content, including podcasts.