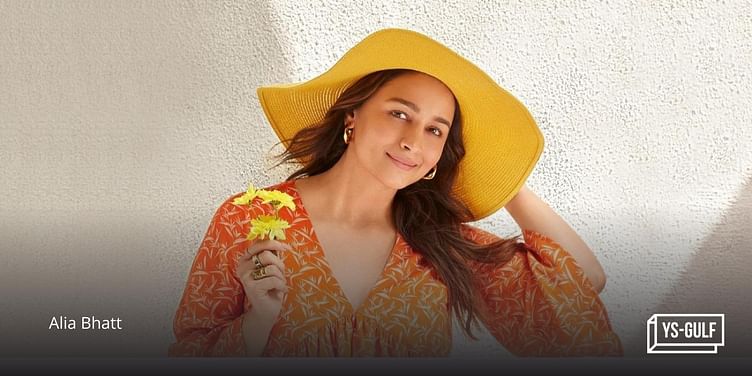 Alia Bhatt, who is an actor, investor, and producer, became an entrepreneur with the launch of the D2C sustainable kidswear brand Ed-a-Mamma in 2020. The brand now aims to expand internationally starting with the UAE.

When actor, producer and investor, Alia Bhatt wanted to launch a business of her own, she wanted to start something different. She launched a sustainable kidswear brand—Ed-a-Mamma.

As the company was launched during the pandemic in 2020, the team decided to first start with ecommerce at FirstCry in October of that year. The Ed-a-Mamma range now has grown from 160 options in 2020 to 1,800 in Autumn-Winter (AW'22), which is more than a 1000% increase.

Ed-a-Mamma touched Rs 1 crore top line in the first month of its launch despite being exclusively available on FirstCry. The brand recently rolled out its maternity wear range and has announced a clothing line for teens.

Natural stop towards the world

Ed-a-Mamma is now looking to expand into the UAE. In a conversation with the YourStory Gulf edition, Alia says, "It was a natural next step to expand to the UAE. We've been getting a lot of queries from other countries and the multi-cultural environment makes UAE a great location to expand the business.”

“We wanted to take our time to understand the India market first, we are doing reasonably well, we decided to go beyond India. The UAE seemed like the right market for it,” says Iffat.

The team will initially focus on D2C and not an offline engagement. Ed-a-Mamma’s offshore office will be set up in December.

“I spent three weeks in the region and then we decided to launch the brand, it is a very strong and well thought out decision. We have seen the market and understand the gaps, we know that there are other brands that are doing well,” says Iffat.

Starting with UAE, the team also wants to expand into Europe and then different parts of the world.

Speaking of why she had started with Ed-a-Mamma Alia says, “I wanted to start my own label. When you become semi-successful, you start looking back to see if you can start something of your own. I was interested in clothes and fashion, and when I looked deeper, I realised there was no dearth of clothes or fashion labels for people in the age group of 25 to 45 years. The competition, in fact, is high.”

So shifting gears, she launched a sustainable kidswear brand. “I wanted to focus on bridging a need gap. I thought we may have to move away from fashion and focus on a gap that lies in another product. There was a need for a world-class children’s clothing brand, which is Made in India,” she adds.

Alia has also invested in the likes of Phool and Nykaa. Speaking of her investments, she says, “I invest in people. And I invest in a good story. If the story is right, the numbers will follow. Be it any role- entrepreneur, investor or actor - storytelling is my main focus,” says Alia.

Starting with the Middle East, The Good Glamm Group is targetting $150M revenue globally in 3 years

Iffat says the team initially had a six-month period with FirstCry, and after that, the brand was launched on several online platforms, including Myntra.

The idea is every season add something new to the product line and expand on the product line. Ed-a-Mama’s focus is on making sustainable products affordable. “We are not charging a premium to be sustainable,” adds Iffat. The team works only with SEDEX-approved factories, for fair and ethical trade practices. SEDEX is an ethical trade platform that aims to make global supply chains more efficient.

“The philosophy and ethos should not have any compromises. You cannot be sustainable without being ethical,” says Iffat.

Ed-a-Mamma Maternity Wear, for example, has been developed using natural, breathable fabrics such as cotton, linen, and viscose, which are gentle on the skin.

“The Middle Eastern countries appear to be enthusiastically working towards building a sustainable fashion regime. For example, the Arab Fashion Council (AFC), launched the AFC Green Label, supporting sustainable designers, in an attempt to promote a more ethical and responsible fashion industry in the Gulf region,” says Safir Anand, IP lawyer and strategist of Anand and Anand.

“We are planning to add more vertical categories in and around the mommy and child segment. The brand is constantly innovating to bring different products and collections in each category for different occasions and seasons. For now, our plan is to expand into teens and baby wear in the next quarter,” says Alia.