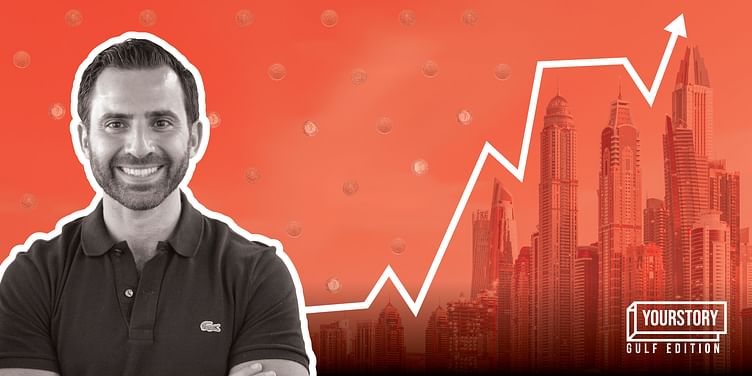 In a conversation with YourStory Gulf Edition, Philip Bahoshy, CEO and Founder of MAGNiTT, talks about key trends and what the funding boost means for the region.

The MENA region saw notable startup funding activity and investment growth last year. While the number of deals came down by 7.6%—from 679 in 2021 to 627 in 2022—the year also reported an 8% funding boost, with a total of $3.2 billion raised.

2022 also saw a record number of exits in the region. According to a report by startup data platform ﻿MAGNiTT﻿, there was a 71% rise in mergers and acquisition transactions. In fact, the UAE, Saudi Arabia, and Egypt doubled their exits. More than 50% of the exits in MENA were from startups founded five years ago or earlier.

Another interesting trend in the region was the rise in ‘mega deals’ (deals over $5 million). From three in 2021, seven mega deals were finalised in 2022, with three of them coming from Saudi Arabia.

Capital investment in Saudi Arabia's firms was 72% higher in 2022 than the previous year, registering an inflow of $987 million, as per the 2022 Saudi Arabia Venture Capital (SVC) report by MAGNiTT. The number of active investors in Saudi Arabia also increased from 80 to 104—a 30% hike.

MENA region sees a rise in BNPL service, driven by youth and women

Saudi-based investors accounted for an estimated 60% of all venture capitalists in the region, added the report. The country also recorded the highest investment growth rate in 2022, securing a third of MENA's overall funding pie.

Sectorally, fintech stood out with the lion’s share (29%) of the overall funding, followed by transport and logistics at 15%, while ecommerce accounted for 11% of the total $3.2 billion investment. Of them, the ecommerce sector saw a dip in funding from 2021.

In a conversation with YourStory Gulf Edition, Philip Bahoshy, CEO and Founder of MAGNiTT, talks about the key trends the region will see in 2023 and what the funding boost means for MENA.

YourStory Gulf Edition [YSG]: What are the key shifts in the ecosystem that you’ve noticed?

Philip Bahoshy [PB]: In terms of ecosystem shifts, here’s what we think is coming next for Emerging Venture Markets in 2023:

In particular, MENA is primely positioned as a launchpad into Africa as MENA startups consolidate and scale up across EVMs. We think this will attract a larger proportion of investors from Southeast Asia in EVM startups.

YSG: What sectors do you see evolving and growing? And why?

PB: In terms of sectors that are growing, we saw gaming move into the top five funded sectors in 2022, thanks to a $255 million investment in Dream Games, based in Türkiye (Turkey).

Startups in real estate, agriculture, and retail have also seen a substantial rise in funding and are closing in on food & beverage in terms of funding levels. Furthermore, the fact that the leading climate conference in the world is taking place in two major countries in our region two years in a row—COP27 in Egypt and COP28 in the UAE—could drive early-stage funding in sustainability and renewable energy startups from the Middle East and Africa.

These changes suggest positive diversification trends as more investors from around the world look at the emerging markets for VC investment and new opportunities emerge for investors to explore new frontiers to deliver value and impact.

YSG: The fintech sector stood out for funding in 2022. Do you see the same happening this year?

PB: That’s a great observation, although Fintech has been a standout sector since before 2022 as well, and data trends suggest that it will continue to be an industry of choice in emerging venture markets. Fintech investments continued to lead EVM deals in 2022, followed by ecommerce, transport and logistics, enterprise software, and healthcare in a repeat of 2021 rankings.

For context, fintech had around twice as many deals in 2022 (351) as ecommerce, the next most popular sector at 176 deals, both of which held at roughly steady levels from 2021. Fintech also remains the highest-funded sector in emerging venture markets by a significant lead of more than 37%.

In the Middle East, numerous governmental initiatives aim to disrupt long-standing frameworks and bureaucracies which have largely evaded most innovation, as well as a strong push towards new types of solutions including digital banking, buy-now-pay-later (BNPL) solutions, contactless payments, instant remittances, and more.

Meanwhile, in many African markets, in particular, fintech remains a prime means of banking the unbanked and integrating local populations into their wider economies.

YSG: How have founders and startups evolved and transformed in the region?

PB: As a data and analytics platform, we at MAGNiTT don’t give giving an opinion on founders and their startups. Our obsession is data gathering and verification, and perfecting a methodology that shows the true picture of startups in emerging markets.

However, as a general observation, it’s exciting for us to see that emerging venture markets continue to grow and attract new types of startups in some of the most innovative sectors. The fact that there are more exits than ever before is potentially a sign of greater maturity and investors realising gains on their investments. But more in-depth data is needed to assert how some of those VC investments have performed.

YSG: How do investors view the landscape in the region?

PB: I can’t speak on behalf of VCs from here or elsewhere, but it suffices to say that the emerging markets remain the prime region with a potential for tremendous growth and impact over the coming years.

We hear a great deal of talk about “creating the next unicorn,” but the truth is that exits are a better gauge of a startup ecosystem’s health, and the more investors recognise this, the greater impact they will be able to deliver for investors and founders alike.

Regardless of their investment philosophy, and particularly during this uncertain environment, we see that real-time analytics and deep, verified data are the most invaluable tools to support critical decision-making by governments, regulators, investors, and founders.

We are also preparing to launch a new predictive analytics capability that will further enhance robust policy- and decision-making by these stakeholders.