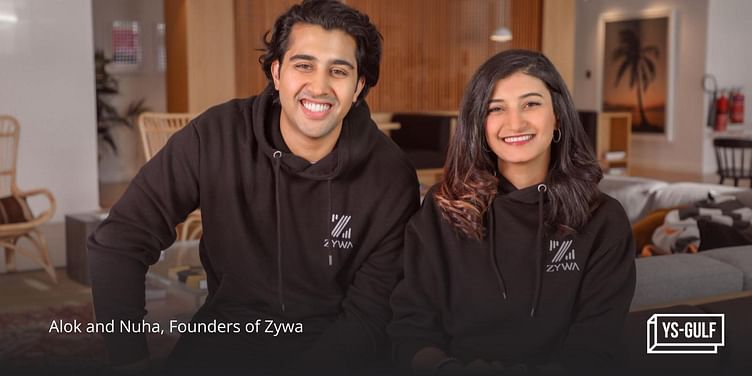 Dubai-based Zywa, a neobanking platform, offers a gamified banking app for the Gen Z population in the UAE, Egypt, and Saudi Arabia.

When Middle East-based Alok Kumar’s 15-year-old brother wanted to open a bank account in Saudi Arabia, it was quite a challenge.

“It was one of the largest banks in the region, and yet, it took him six weeks to open an account. While my brother was super excited when he got the card, unfortunately, it was my father’s name on the card. Undeterred, my brother started using the card with great enthusiasm, but whenever he made a transaction, an SMS would go to my father,” recollects Alok in a conversation with YourStory Gulf Edition.

In February 2020, a few transactions made by Alok’s brother made their father realise that his 15-year-old son had a girlfriend. Needless to say, the joy of having the card and bank account was simply short-lived.

This led to the idea of Zywa, a neobank for the Gen Z (between the age of 11-25 years) population. Founded by Alok and his friend Nuha Hashem in 2021, Zywa was started to solve the challenges faced by today’s young adults when it comes to banking.

Zywa works as a social banking app and offers a prepaid card for the 11 to 25-year age group, where they can receive money, manage it, and also make payments

In August 2022, the Dubai-based fintech startup raised $3 million at a valuation of $30 million, and is now looking to expand out of the Middle East and North Africa (MENA) region. The startup had earlier raised funding from San Francisco-based Y Combinator.

“I was born and raised in Saudi and I was working as a management consultant. While the financial systems and government were working to bring in financial literacy, banks were not willing to go to the grassroot levels as it isn’t an attractive segment,” says Alok.

However, today, the world is different. The Gen Z population spends a lot of money. Thinking of this, Alok got in touch with his friend Nuha, with whom he grew up as a teenager.

At that point in time, Nuha was pursuing her PhD in the US. “I was just starting to get settled in the US and I wasn’t ready to quit my PhD yet. So, for a few months, I worked on the idea and built the product,” says Nuha. After three months, she dropped out of PhD and moved to Dubai to build Zywa with Alok.

“We have a regulated financial entity as a partner, and payment processors and card manufacturers in place,” says Nuha.

The app, once downloaded, can link the parent’s existing bank account to the Zywa wallet. This is the primary bank account opened for the individual. Through this, the money can be sent to the wallet. The younger adults, in turn, can download the app and use it for money transactions, adds Nuha.

The core segment using the app is 10 to 18 years, as most of the banks do not provide secondary bank account for children.

“Zywa is the first bank account for the age group and grow with them as they grow older, and empower their financial needs,” says Alok.

Nuha adds that a significant portion of the platform is also focused on financial literacy, where the users directly get information on their finances and how to deal with them.

“The Gen Z learns differently. We have gamified the financial literacy part in the app, which they find it easy to learn. When children use their money, they learn to manage it early on,” adds Nuha. She adds that apart from this, the app also provides information about internships and community initiatives driven by the Gen Zs.

The market and business

Fintech adoption is growing in the region. According to CB Insights, the new funding in the segment was at $2.1 billion across 175 deals in the pars four years

Till May this year, there were 41 deals in the fintech space in the MENA market, amounting to $503 million.

Another report by UK-based Finextra suggests that the region currently has many fintech companies, with UAE emerging as the leader with nearly 24% fintech firms in the Gulf Cooperation Council (GCC) region.

Speaking of the overall fintech ecosystem in the Middle East, Abdulaziz Al-Turki, Managing Partner, Khwarizmi Ventures, a Saudi Arabia-based early-stage investment firm, says, “Different companies in the Middle East focus on different problems. Broadly, they are either direct-to-consumer (D2C) or B2B-focused companies. In the past 10 to 15 years, the financial environment has been steadily growing. Fintechs are trying to bring rapid change and improve the consumers’ day-to-day lives.”

He adds that the entire Middle Eastern startup ecosystem is experiencing rapid growth and change. “There are more open-minded people willing to adopt technology, and are looking for tech to improve different aspects of their lives.”

“Neobanking as a phenomenon is new in the UAE as opposed to the US, the UK, or even India. Things are slowly opening up, with the regulators opening the rules now. This has made it easier for fintechs to collaborate with banks. Also, now there is a slow growth of capital backing,” says Alok.

Zywa doesn’t charge the young users, as it wants to create financial freedom. However, Zywa takes a certain percentage fee of the transaction from MasterCard or others. The other way the team is making money is through affiliate communications. Alok adds the team has tied up with other brands as well, where the GenZ audience can buy different products.

The app, which was launched four months ago, currently has close to 30,000 users. The co-founders add the main aim of Zywa is to build a one-stop financial platform for anyone below the age of 25.

“Currently, there are 100 million Gen Zs in the market who are spending heavily. We are focused on the UAE, Egypt, and Saudi Arabia. These markets contribute to 80% of the spend volumes of the MENA region, and we are looking to cater to them. The idea is to focus on the Gen Z segment and scaling with their financial needs. We believe banking hasn’t changed in 200 years and nothing has evolved, and Zywa wants to change that,” says Alok.