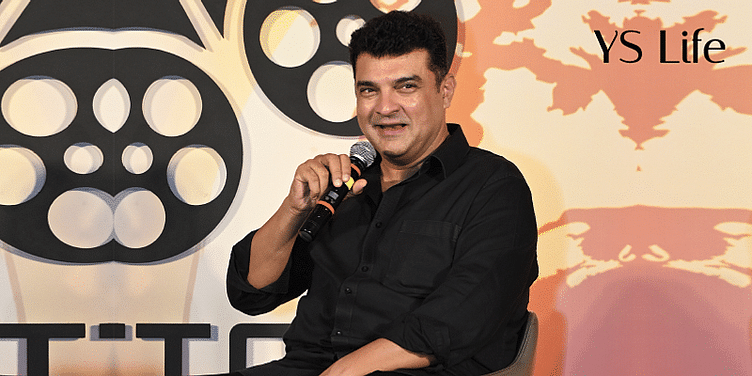 Whether it is Dangal, Barfi, or Chhello Show, India’s official entry to the 95th Academy Awards, the movies that producer Siddharth Roy Kapur backs are inspiring and rooted in simplicity.

Film producer Siddharth Roy Kapur has an affinity for simple stories that celebrate the wins of people.

Whether it is Barfi!, a love story about a man with speaking and hearing disabilities, or Dangal, about a father from Haryana who trains his daughters to become world-class wrestlers, Siddharth is drawn to inspiring stories. His latest production, Chhello Show (Last Film Show), a Gujarati film, focuses on a young boy from a village in Saurashtra, his love for cinema, and his dream of becoming a filmmaker.

“Small people having big dreams have always appealed to me. The idea that you don’t have to be limited by where you come from or what you were born into and still be able to dream, which might seem impossible. I used to sing this song in school called ‘The Impossible Dream’ from Man of La Mancha,” Siddharth, Founder and Managing Director of Roy Kapur Films, tells YS Life, in an interaction at the India International Film Tourism Conclave held in Mumbai recently.

‘The Impossible Dream’, a song created by stage actor Richard Kiley in 1965, for the Broadway musical Man of La Mancha, talks about the journey of fulfilling one’s dream. The song became extremely popular and was recreated many times by several artists.

Chhello Show, directed by Pan Nilan, is India’s official entry to the Oscars in the best international feature film category. The movie, which was released in India last week, has opened to rave reviews. It premiered at the Tribeca Festival in New York City last year.

Siddharth got involved with Chhello Show after the film was completed. When he saw the film, its simplicity fascinated him. It also stirred a variety of emotions in him, urging him to back the film. “I thought if it could make me feel so many emotions then it could probably do the same for others as well,” he says.

Chhello Show is a semi-biographical drama centred around Samay (played by Bhavin Rabari), a village boy who decides to learn filmmaking.

Siddharth points out that stories rooted in the local mileu have the potential to go global.

For instance, the wrestling drama Dangal, set in a village in Haryana, struck a chord in China, raking Rs 1, 300 crore, making it the biggest Indian release in the Chinese market in 2017. And recently, Rishab Shetty-directed Kantara, a mythical story set in Karnataka’s coastal village Keradi, grossed Rs 100 crore, just three weeks after its release in September.

However, a good movie cannot be measured just by the revenue it garners, believes Siddharth.

“This story (Chhello Show) is so authentic because it is Pan’s own journey. It has the unique flavour of where he grew up. Sometimes, the most authentic and local stories tend to travel the most because they feel real to people.”

Commenting on the Academy Awards nomination, the producer says, “Academy is a much longer journey that will play out over the next two months. And in this time, we need to drum up excitement around the film, with the Academy members, to get them to watch the film. Once they watch it, we believe this film will speak for itself.”

Siddharth started his career in 1997 with Procter and Gamble in the marketing domain. Two years later, he joined Star India’s strategic planning division. The next few years saw him grow up the corporate ladder, as he launched iconic shows, including Kaun Banega Crorepati. However, he always had his heart set on the film industry.

Siddharth’s tryst with the movie industry began in 2005 when he joined UTV Motion Pictures. As its CEO, he was responsible for greenlighting projects and deciding the marketing and release strategies. And since then, there has been no looking back as far as his love for movies is concerned. In 2017, he started Roy Kapur Films with the aim of creating impactful content.

While scouting for films to produce, Siddharth has always focussed on the script and looked for non-formulaic stories.

For instance, his production The Sky is Pink (2019) is based on the love story of a couple, told through the eyes of their teenage daughter who suffers from a terminal disease. Yeh Ballet, released on the streaming platform Netflix, tells the story of two underprivileged ballet dancers from Mumbai.

Convincing theatre owners and exhibitors to embrace a small regional language film like Chhello Show is an uphill task and Siddharth is aware of this reality.

“At the end of the day, it is a Gujarati film. It does not have stars in it. For now, we are giving audiences the opportunity to see the film. If we get 90% occupancy, we will open up new shows. But for now, it is in the audience’s hands,” signs off Siddharth.