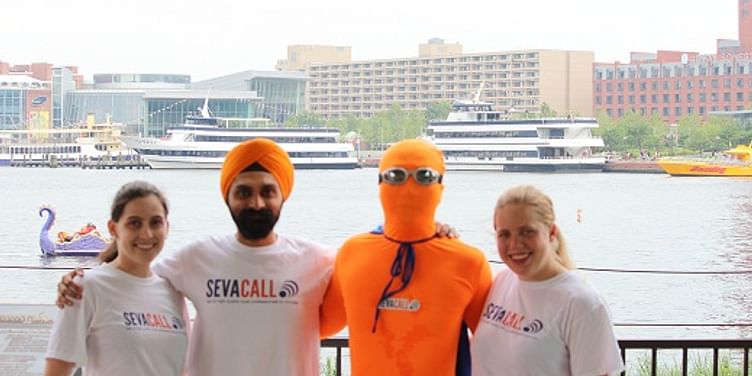 Founded by three NRIs Gurpreet Singh, Manpreet Singh, and Amandeep Bakshi, Seva Call is a Washington D.C. based local search startup. Having raised a Series A funding late last year, Seva Call is a service that finds the “right” professionals by considering a variety of factors, including online ratings and reviews, social reputation and interaction, call analytics, and other forms of business feedback.

Having earlier launched in Washington DC, Seva Call is now available in Baltimore and plans to launch in Philadelphia, Boston, and New York City before the end of the summer. Seva Call also plans on mobile apps on both the Apple iOS and Google Android platforms in the near future.

Consumers visit SevaCall, enter their need, location, and availability, and within seconds, receive phone calls  from up to three reputable professionals who are best suited for their specific request. With unique on the road marketing strategies, Seva Call has been able to capture significant mindshare. At a recent meetup in Washington where 9 tech companies demoed, Seva Call team choreographed a skit that told the story of a consumer in need of a service and her quest to find professional help. "Rather than just explaining the steps of placing a service request, we created a scenario where Seva Call could really save the day." explained Gurpreet.

Seva Call has a huge team and backing which enables executing marketing strategies but concepts like "The Seva Man" which does rounds across the city is ingenious and certainly worth a shot here in India where concierge services have really taken up off late owing to the hectic public lifestyles. On similar lines, services that run errands for you have come up:

And it is no surprise that these services will soon expand and enter into other metros. Seedfund backed Jeeves has been doing some really good work in the same area.