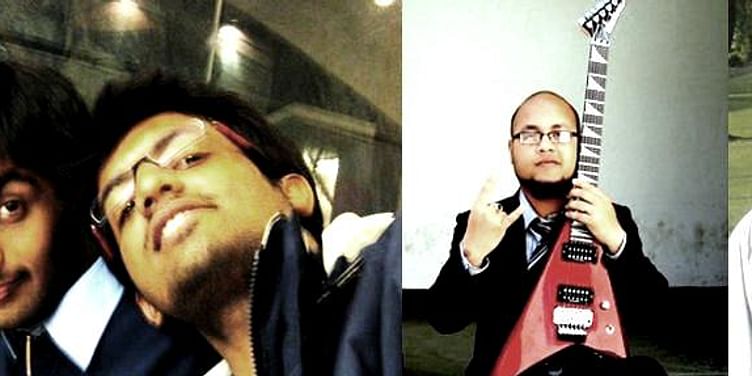 BITS Pilani, the engineering college in India has been at the forefront of the entrepreneurial wave in India as far as support from the college is concerned and TunePatrol is another one from the BITS community. Having been incubated at The Hatch, this young team with an average team age of below 20 has already raised INR 10 lakh in angel funding that has fueled their growth. So, what's their product Tune Patrol? TunePatrol is a social music discovery platform that is trying to develop and connect a thriving community of independent musicians and their fans in India.

What’s in it for the artist?

“We are helping them monetize their content and reach out to people easily. The big mission is to help more and more people take up music as a career,” explains Brijesh Bharadwaj, Co-Founder, Tune Patrol. And what about the users? “We are giving them a chance to listen, share and purchase great new music from artists they would have probably not heard of otherwise,” adds Brijesh.

A few other startups are also testing waters in the space and a bigger concern maybe the big players in the space. This is what Brijesh had to say to this, "There are a couple of 'big players' who are trying to be part of this, but I doubt it will work out if you put these songs up for sale next to laptops and mobile phones, or next to mainstream bollywood music. This is a fast growing yet very young industry, it needs someone who is focused and committed to building a great product for it and only a startup can do that and I think the artists know that too. On the brighter side, if you as a startup get it right, I'm sure the big players will be more than willing to join hands with you rather than keep trying to do something that is not their USP."

How are they sourcing the music?

"We are reaching out to artists personally for now, the team itself has a pretty good network in the Indian indie scene and the people in this space are just awesome, we get one band and they connect us to ten more, people love the idea and they want it to be a big success as much as we do. As I say we are right in the middle of the two most generous communities - startups and independent music," and one couldn't agree more with that. No doubt that both are cut throat industries but in times like these, people get together because they want the whole industry to live and do well!

Their focus right now is on building the community and making the product better. This particular design took them about 3 months to implement. They will soon introduce the sale of DRM free music on their website and share the revenue with the artists. They are also looking at expanding into merchandising and ticketing in the same space. Apart from direct engagement, they are also looking at integrating Facebook and Twitter in a big way into v1.0 of their website.

And, to wrap it up, where does the music bug come from, do they play?

"Of Course!" they shoot the answer back. Pronoot, one of the co-founders is one of the most bad ass guitarists to have stepped into the gates of BITS Pilani. Brijesh says Saurabh and him are (very) amateur guitarists too and as for Karthik, another co-founder, he would rather code an app to play it for him than do it himself.

Definitely a team one would like to mingle with, give their product, TunePatrol a rip right away!